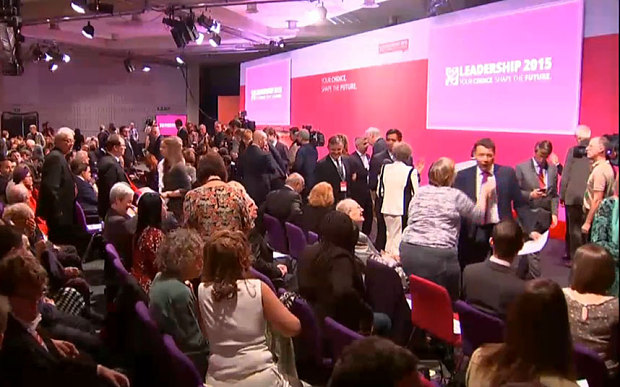 The result of the Labour leadership contest is an earthquake, shaking British politics to its very foundations

At last, we live in politically interesting times.

Because Jeremy Corbyn has led the polls and been treated by the media as the presumptive winner for many weeks now, it is easy to overlook just what a remarkable thing has occurred today. But this is a result that was never meant to happen.

In an age when nearly every politician in a senior position appears perfectly manicured, perfectly briefed and perfectly on-message at all times, it is genuinely astonishing to see a real conviction politician – someone whose beliefs and values have remained fixed and  unchanged even as Britain has changed a great deal – achieve any degree of success.

You don’t have to agree with Jeremy Corbyn to appreciate the significance of his victory. And you certainly don’t have to want Corbyn to be the next Prime Minister of the United Kingdom.

Assuming that Corbyn does not go on to become Prime Minister – and he won’t – what harm has possibly been done today, other than to the short term 2020 electoral prospects of the Labour Party?

What harm can come from people – especially young people – seeing that you do not have to be an establishment career politician type in order to lead your party and give voice to the people you represent?

What harm can come from seeing someone propelled to the top tier of British politics on the back of a popular grassroots movement and packed-out meeting halls up and down the country, rather than as the result of secret dinners and meetings between rival factions?

What harm can come from seeing the political elite and the SpAdocracy suffer a much-deserved setback in their smooth and untroubled climb up the echelons of British politics?

What harm can come from expanding the boundaries of acceptable political debate so that those who hold different opinions about the role of the state in our lives, or the role of Britain in Europe and the world, are actually able to see those ideas discussed and debated at the highest level, rather than being high-handedly shut out of the discussion?

To Labour centrists: your challenge now is to stand up to the forces of anti-Tory hysteria within the grassroots and the parliamentary party, and to make the case (if you can) that the centre-left is not an intellectually hollowed-out Blairite husk but can actually be the incubator of bold and radical new election-winning policies.

And yes, you probably also need to explicitly make peace with capitalism, and admit that because most of your political rants are typed on an iPhone and shared via Facebook or Twitter, the economic system which delivered these things might have something going for it after all. Whether or not you can do this from within a political party led by Jeremy Corbyn, an avowed socialist, is a matter for your conscience.

To fellow Conservatives and libertarians: what are you so scared of? Not all of you, but too many of you have been nervous about a Corbyn victory, fearing that it might drag the country to the left, or that Corbyn might even become Prime Minister one day, and lead the country to ruin. Where is your faith in conservative and libertarian principle? And why are you not more excited at the prospect of making the argument for small government against a real ideological opponent?

Corbyn’s victory does not mean that the Conservatives are now duty-bound to move further to the centre – they could (and should) do quite the opposite, as Thatcher did, and double down on their small government credentials.

There will be time enough to dissect and hold Jeremy Corbyn to account for his misguided and sometimes dangerous views on foreign policy, Britain’s NATO membership and Trident independent nuclear deterrent. But though we may hold certain views on these issues, we do not have the right to have our views unchallenged forever. On the contrary, we should continually make the case for why Britain needs to maintain a strong national defence and a foreign policy that shows our appreciation for our real allies, not succour for extremists or terrorists.

There will be time enough, too, to challenge Jeremy Corbyn’s economic policy prescriptions, some of which are well-intentioned but most of which are predicated on the idea that existing wealth needs to be forcibly redistributed from the wealthy to the poor, rather than the need to unleash industry to create new wealth.

And there will be time enough to sift through the kernels of good ideas from among Jeremy Corbyn’s policies – such as a National Education System – and repurpose some of them with a good, libertarian twist.

There will be time enough in the coming months for all of this reflection and debate.

But for now, let us do as Thatcher once told us: “Rejoice, rejoice!”

2 thoughts on “Jeremy Corbyn Is Leader Of The Labour Party: This Is A Political Earthquake”