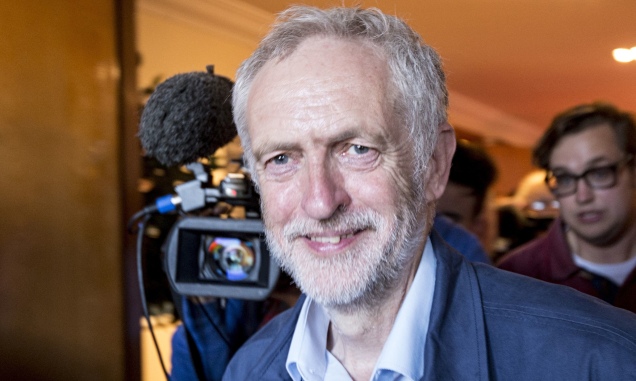 Jeremy Corbyn has largely stayed above the fray, but the anti-Tory hysteria coursing through the Labour Party from the grassroots urgently needs to be tackled

Tim Montgomerie does my work for me in this edition, writing in CapX yesterday in anticipation of a Jeremy Corbyn victory:

There’s always been a nastiness on the Left. The Guardian is currently selling T-shirts (inspired by Bevan) that describe the Tories as lower than vermin. Harry Leslie Smith – who is now a regular turn at Labour Party events – compares Rebekah Brooks of News UK to Joseph Goebbels. An effigy of Margaret Thatcher in a coffin is paraded at the Durham Miners’ Gala – with a “rest in hell” message daubed upon it. At that Gala Len McCluskey attacks Tory ministers as “thieving bastards”.

Throughout the Labour leadership campaign the Twitter accounts of too many Corbyn supporters have routinely been vile, anti-Semitic and misogynistic. There’s nastiness on the Right too, of course but the Right has rarely enjoyed the moral high ground. Because many on the Left feel they are doing the work of God (or Marx) they feel even the worst of behaviour is ultimately in service of a good cause.

This is very true. There is a nastiness among the broadly mainstream Left toward their political opponents and certain segments of society (the Evil Tories, the “bankers”) which is just not present on the Right.

That’s not to say that newspaper comments sections and Facebook discussion groups are not full of semi-literate rants against asylum seekers, benefit scroungers or Muslims – they are. But they are not picked up in rhetoric or deed by the Conservative Party in the same way that some Labour MPs and officials are willing to publicly talk about the Right.

Jeremy Corbyn himself has actually tended to steer clear of the more hysterical ravings about the Evil Tories, portraying the Conservative approach to the economy and its regulation as a failure of imagination and understanding, not of morality. But Tim Montgomerie is right to point out that the same cannot be said of many of his supporters.

There is a common thread here. I noticed the same phenomena when I attended an Andy Burnham campaign rally in central London. Burnham was at his best when he tried to think big and talk about the need to behave like the reforming Labour government of 1945. But the audience in the hall did not want to hear about that – they just wanted more and more red meat, passionate denunciations of the Evil Tories and ever more hyperbolic claims about how all conservatives are deliberately trying to hurt the poor and vulnerable.

It is eminently possible to disagree wholeheartedly with the Conservative government – and with conservatism in general – without playing the part of the great socialist moral crusader, the plucky hero engaged in a giant battle of good vs evil. It is possible to argue against right-wing positions on taxation, regulation, immigration and the role of the government without assuming that everyone who disagrees with you does so from a place of malice and bad intent. But it is by no means certain that the Labour Party is still broadly capable of understanding this fact.

Tim Montgomerie raises a valid concern when he points out:

But if Corbyn does inherit the party of Brown and Blair the moderates within Labour have a big choice. If they are silent they’ll risk guilt by association and they’ll be attacked by the Tories as sell-outs. If they fight against Corbynisation they’ll risk splitting the Labour party. The attacks in such circumstances won’t come from the Tories but from their own side. They’ll be the allies of “Joseph Goebbels” and “thieving bastards”. I fear British politics is about to get very ugly indeed.

Legitimate fears, yes, but it is not Corbyn himself – and the arrival of a politician not willing to play the consensual, centrist game – which is the real problem. The real problem is the unearned and festering stench of assumed moral superiority currently given off by the Labour Party, and the willingness of too many party members and officials to think the worst of their opponents (and those who voted for them).

On a personal level, that’s fine – yesterday I was compared to Joseph Goebbels by a reader who took the fact that I did not oppose Iain Duncan Smith’s welfare reforms to mean that I secretly wanted to kill all disabled people. And I was able to laugh about the comment and wave it through for publication as yet another example of left wing hysteria.

But not everyone has such a thick skin. Many normal people with right-leaning political views take quite strong exception to being called scum, vermin or even Nazis. In fact, we know from the general election that Labour has already created such a climate of preening, moralising anti-Tory fervour that many conservative-leaning voters were intimidated into keeping quiet about their political opinions and voting intentions. This led Ed Miliband to genuinely believe that he was winning the argument and the election, right up until 10PM on 7 May when the release of the exit poll shattered the Labour illusion.

If Jeremy Corbyn is elected Labour leader in the next couple of hours, it will be a good thing for our democracy, the first step in bringing back genuine ideological choice and moving away from the tyranny of consensus politics which has seen voter turnout and engagement fall so low. But it will also be a terrible thing for the Labour, if the party remains so thoroughly incapable of campaigning for its own vision, rather than simply against the Tories.

Only time will tell. 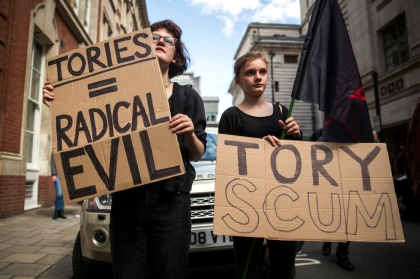