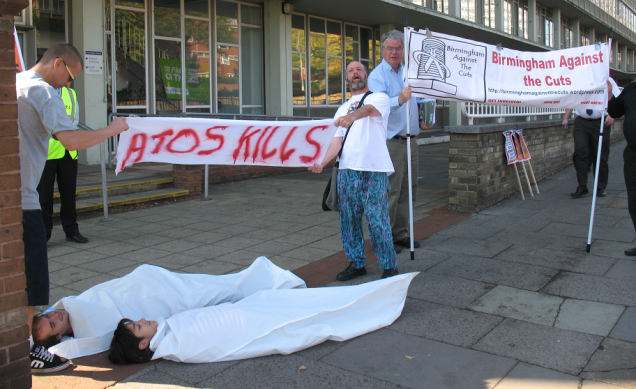 Opposition to the Conservative government’s welfare reforms are high on hyperbole and outrage, but tellingly low on alternative proposals

To listen to many voices on the Left is to be told that we live in a uniquely heartless and uncaring age, where living standards are being deliberately driven to unprecedented lows by the deliberate actions of a government which is not just wrong, but actually evil.

Here’s Laurie Penny in the New Statesman, pouring scorn on the very thought of verifying that claims for sickness and disability benefit are genuine:

I should say “fitness tests”, because nobody gets to be sick any longer under Iain Duncan Smith (so good at rebranding ideological cuts that they named him twice, once for each face). Navigating this system is humiliating enough for disabled people without them being lied to every step of the way. If the DWP would just come out and say that it doesn’t believe the state should help people who are ill, disabled or injured, it would somehow be more bearable. At least people would know where it stood. But the stated aim of the welfare changes is to “get people working”, because: “Work is the best route out of poverty.”

And here’s the Green Party’s Jonathan Bartley, churning out the latest conventional left-wing thinking over at Left Foot Forward:

For IDS it is now clear that disability is not something to be embraced, let alone celebrated as part of the diversity which makes us all stronger. Disability is an aberration. It is a problem which needs to be fixed.

And if those who are different get the right therapy, or where necessary they are sanctioned, they can be pushed into the workplace to become like ‘normal’ people.

Left-wing opposition to Tory welfare reforms has now become so reflexive and so unthinking that encouraging people to work and be economically self sufficient – with all the freedom that it brings – is now actively seen as a bad thing.

Britain is now such a “diverse” country that it apparently contains a large bloc of people for whom any kind of work is permanently impossible to contemplate, and for whom any attempt to help or encourage them away from dependence on benefits (thus protecting them from vulnerability to future policy and benefit changes) is seen as an unconscionable assault on their “human rights”.

This is dangerous, hyperbolic nonsense.

You can look at Iain Duncan Smith’s welfare reforms and think them completely wrong and counterproductive. That’s fine – but it is then incumbent on you to suggest an alternative. Wailing and breast-beating about the inhumanity of the Evil Tories is not enough if you want to be part of the grown-up debate. If these welfare reforms are bad, what welfare reforms would be good? Or had the British welfare system reached a state of benevolent, humane perfection before Labour were booted out of office in 2010?

Assuming that the answer to that last question is “no”, critics of the Conservative Party should then outline the kind of welfare system that they would like to see, one that puts the current flawed system to shame. Presumably there would be no checks of any kind carried out on ESA or JSA claims, and no ongoing interviews or assessments either – rather, the system would operate on a a “goodwill” basis, since all of the real-world examples of people gaming the system are nothing more than Evil Tory propaganda. And presumably the financial disbursements themselves would be much greater, with each claimant receiving more benefits from the state.

Is this to be the Left’s response to Iain Duncan Smith? Because it is a very poor showing, if so. If increasing the threshold for eligibility and making the  applications process more rigorous is an assault on the human rights of the disabled and the unemployed, the Left must be full of good ideas for achieving the same ends – eliminating the welfare trap and encouraging self sufficiency – in a more humane way.

Since they are making so much noise about Tory welfare reforms, the Left must be bubbling over with creative ways for the state to help the disadvantaged, the sick and the disabled to become self-sufficient and financially free of dependence on the government. They must be sitting on folders and folders of great policy ideas, just waiting for the day when they seize back power at Westminster.

Unless they actually like the idea of people being permanently dependent on the state. Which in fact, sadly, they do. 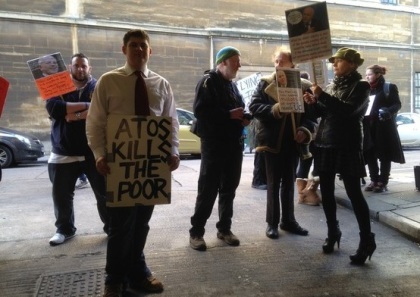 And that’s the real reason for the ferocious response to the Conservative government’s welfare reforms. Individual cases of benefits being inappropriately sanctioned or valid applications being wrongly denied are terrible, of course, particularly where they lead to real human suffering. But this is a problem of bureaucratic administration, not of ideology. We could eliminate these wrong decisions by accepting every application on good faith, but let’s not pretend that there will be no negative behavioural consequences to such a policy. And of course, the cost to the taxpayer – the people who actually pay for the welfare state – would increase exponentially.

But that’s just fine, according to many on the Left. Because to demand any form of supporting evidence before approving a claim on the income of other taxpayers is not seen as good stewardship of the public finances, but rather as an entirely excessive and unreasonable expectation. And that largely comes down to the way that the Left view the state.

When you expect the state to be an auxiliary parent to every one of its citizens, as many on the Left now do, you naturally then want that familial relationship to be warm and generous. But the government is not our third parent. We have a duty to care for our neighbour, yes, but the responsibility we have to help the disadvantaged and the sick or disabled does not extend to writing a blank check from the taxpayer to an unreformed, broken welfare system.

But the Left see it otherwise. The idea of family members requiring proof or setting conditions before helping one another is absurd, and because they see the relationship between the state and the citizen as an almost parent-child relationship, any attempt to add structure or verification to this process is seen not as a well-meaning (but inevitably flawed) attempt at helping people, but rather as a perversion of nature itself. Not every member of most families will be economically self-sufficient for their entire adult life, which is fine. But the Left presume to extend this attitude to whole households, forcing the taxpayer to fund a level of indulgence to strangers that most people would only want to extend to their own relatives.

Could that be why the Left is so high on moral outrage and so low on alternative solutions? It’s very easy to stand on the sidelines throwing rocks at the Evil Tories as they try to govern in the interests of everyone – taxpayers and benefit claimants alike. It’s easy to flaunt your virtue and compassion credentials by coming up with ever ruder remarks about Iain Duncan Smith. What’s difficult – and what exposes you to critical analysis and potential disagreement – is proposing something different.

From the nature of the Left’s response to Tory welfare reforms, we can deduce that they would prefer a welfare system which takes all applications on good faith and pays out more money to each benefit claimant. But they will not admit this publicly – they will not own this position and stand by it in the face of inevitable criticism. And so they dance around the subject, claiming that attempts to reform welfare are an assault on the human rights of the vulnerable.

Fortunately, this may all be about to change. With Jeremy Corbyn on the verge of being elected as the next leader of the Labour Party, the Left (and many others, this blog included) are busy rejoicing at the return of conviction politics, and a new age where sticking to your principles and telling the electorate what you really think – persuasion rather than flattery – is more important than the grubby work of centrist political compromise.

So in the spirit of this socialist revival, let’s have it: what does the Left’s ideal welfare state actually look like? Is helping people to become financially and physically independent one of the main goals, or is the plan to encourage permanent dependency and reliance on the state.

And just out of curiosity, how much will it cost us? 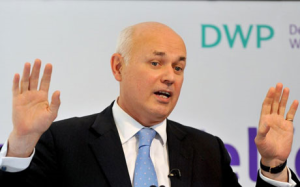 42 thoughts on “The Tories Are Fighting A War Against State Dependency, Not The Disabled”