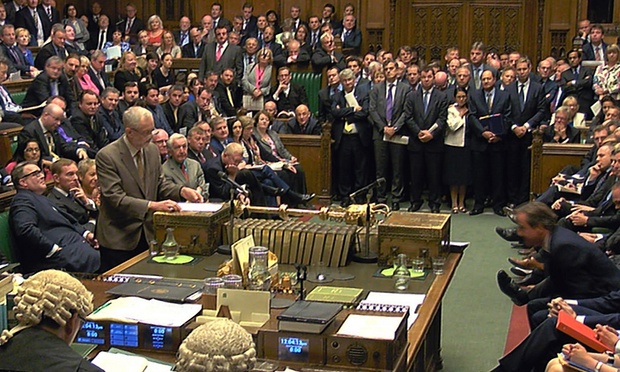 Jeremy Corbyn’s first outing in Prime Minister’s Questions was not the humiliating car crash predicted by some of his opponents – in fact, there were promising glimpses of what a refreshed PMQs could yet become

There was a quiet dignity to the way that Jeremy Corbyn, newly-elected leader of the Labour Party, got to his feet as Leader of the Opposition and asked his first question of David Cameron.

To the extent that optics matter, Jeremy Corbyn looked smart, in a friendly old professor sort of way – watching Corbyn, it almost feels as though there must be a bag of fuzzy unwrapped Werther’s Original sweets hidden somewhere in his jacket pocket. And for a man who has never held a front-bench role before taking on this most high profile one, Corbyn did not sound the slightest bit nervous. In fact, his voice seemed deeper and more resonant than it has at times on the campaign trail.

But enough of the fluff – it’s the substance that counts, not the presentation. And on this front too, Corbyn acquitted himself perfectly well for a first outing at PMQs. In fact, he rose to the occasion, following through on a pledge to use his time to ask questions submitted by members of the public.

This could easily have been gimmicky and awkward, an act of political spin straight out of The Thick Of It. But in fact it was actually quite moving, in a strange way – those of us who watched PMQs today saw the voices of the people brought into Parliament’s highest profile set-piece event, the type of direct advocacy normally reserved for backbenchers at sparsely-attended debates.

Paul Goldsmith summarises some of the exchanges:

The Labour leader then turned to what he called “shameful” cuts in tax credits, voted through by MPs on Tuesday, which he said would cost “£1,300 per year to families affected”. Quoting “Paul”, he asked: ‘Why is the government taking tax credits away from families?” – The prime minister said: “What we need is a country where work pays.”He claimed the lowest paid would get a “£20 a week pay rise next year”

Mr Corbyn ended with a question from “Gail”: “Do you think it’s acceptable that the mental health services in this country are on their knees at the present time?” – Mr Cameron said that mental health was one of “the areas where we can work together” and the government had made “some important steps” forward, bringing mental health into parity with physical health in the NHS constitution.But he added: “We will not have a strong NHS unless we have a strong economy, and if the Labour Party is going to go down the route of unlimited spending, unlimited borrowing, unlimited tax rates, printing money, they will wreck the economic security of our country and the family security of every family in our country.”

On a purely tactical level, this approach made good sense. David Cameron could not very well tear chunks out of Corbyn and dismiss a question which came from a member of the general public, and so in that way it was a disarming move. Corbyn obviously recognises that he will never excel at the traditional, adversarial style of PMQs and so sought to change the nature of the set-piece occasion to play to his own perceived strengths rather than his weaknesses.

Of course, the public voices which Jeremy Corbyn brought to PMQs did not represent a fair and representative cross-section of British society. The questions and concerns of welfare recipients and the sick were given a national stage, and deservedly so, but Jeremy Corbyn asked David Cameron no questions from struggling small business owners, entrepreneurs or citizens concerned about the EU or immigration.

We already know that Corbyn’s priorities are different, and that the voices of business and private enterprise are alien to his wing of the Labour Party, but if this new approach to PMQs is to continue, Corbyn simply must find a way of proving – God knows how – that he can also channel the concerns of the comfortably well-off and those whose lives are not lived in the care or the shadow of our public services.

So some of the criticisms levelled at Corbyn’s performance are valid, namely that while bringing public questions into PMQs lowers the temperature and changes the tone, there is also a degree to which it allows the Prime Minister to skate by unchallenged.

This tactic of Corbyn’s is a purely defensive one: It is the political equivalent of bowling wide of off stump and hoping the batsmen loses it and takes a wild swing at one. In this new format, there are no follows ups so no pressure is put on Cameron. Given that PMQs is the opposition’s big chance to put the Prime Minister under pressure, this is a major flaw in Corbyn’s approach. Though, I suspect that viewers of the news tonight will find Corbyn’s style refreshing.

As does the Telegraph’s Toby Young:

But it wasn’t a very effective way of holding the Prime Minister to account. Instead of asking follow-up questions, which is the Leader of the Opposition’s chance to catch out the Prime Minister, Corbyn simply moved on to the next question on his list. As a result, Cameron was able to rattle off some stock sound bites without being challenged.

It’s a fair point. After all, it is easy for the Prime Minister to nod sagely and express empathy for the plight of one of Corbyn’s hand-picked national case studies, but much harder to be pressed by a determined Leader of the Opposition, question after relentless question, on the technical and political incompetence of your government and ministers.

PMQs, for all of its other failings, has performed this latter task very well over the years. At a time when American presidents of both parties have grown indolent and resistant to tough (and sometimes impolite) media scrutiny of their decisions, British prime ministers have continued to subject themselves to weekly televised maulings in the bear pit of the Commons chamber. And while far more heat than light is shed on these occasions, at least it helps to keep the ego in check.

Ultimately, the format seen in Jeremy Corbyn’s first attempt – six questions drawn from submissions by members of the public – is unlikely to survive unchanged, and with good reason. But its spirit should be maintained. Ideally, we might eventually move to a convention whereby the Labour leader might break his allocation of questions into two, using the first two or three questions to put forward submissions from the people, and then rising later in the session to ask the more probing, no-holds-barred scrutinising questions that make up such an important part of PMQs.

This seems like a good model to take forward. Jeremy Corbyn may have won a remarkable victory, but he does not have a mandate to completely rewrite the processes and conventions of British politics – and therefore his efforts must be small and incremental, with each innovation proven to be beneficial and non-disruptive before more are tried. Of course, whether Corbyn and his inner circle are able to abide such a conservative model of change is another question entirely.

But for today, Team Corbyn should be pleased – they have successfully presented an alternative PMQs format for the consideration of the public. More importantly, they have come through a rocky couple of days, book-ended by the indecorous shadow cabinet selection process and National Anthem-Gate at the Battle of Britain memorial service, and now have the chance to regroup and prepare for conference season.

And those of us who do not support the Labour Party and disagree with Jeremy Corbyn on most issues also have reason for cheer. Because the democratisation of PMQs is not a party political issue – the adversarial point-scoring turns off left-wing and right-wing voters alike, and any effort to preserve the best of the institution of PMQs while softening the rough edges and better reflecting the country in the Commons chamber is probably a good thing.

But from Labour’s perspective today – surely much relief. Steady as she goes. 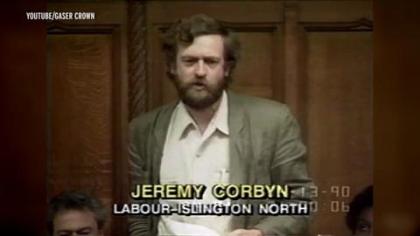 3 thoughts on “PMQs In The Jeremy Corbyn Era”