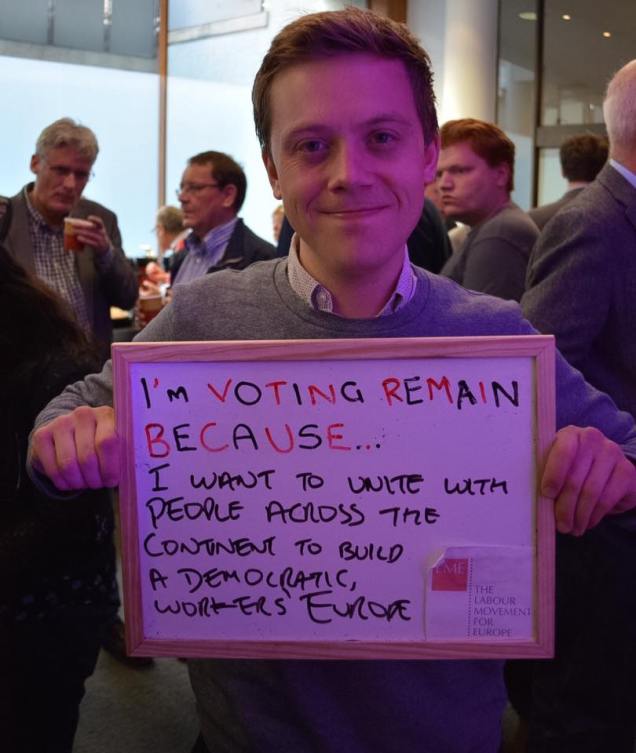 I’m voting Remain because Puppies For Everyone!!! The denialism and wishful thinking about the European Union’s true purpose and direction of travel exhibited by pro-EU left-wingers is off the charts

The Great Disappointment of the eurosceptic Left, Owen Jones, has popped up with a new contribution to the EU referendum debate in the form of the picture shown above, being widely shared on social media (albeit sometimes in cheekily photoshopped format with the message changed).

While this blog does not usually bother commenting on internet memes, this one is noteworthy because it simultaneously

“I’M VOTING REMAIN BECAUSE… I want to unite with people across the continent to build a democratic, workers Europe”

And I want to own a unicorn that shoots fruit based candy out of its ass and grants me three wishes a day, but sadly that is not on offer from the EU, just like the “workers’ paradise” lusted after by Owen Jones isn’t on the menu from Brussels either.

This referendum is serious business. So can Remainers please stop projecting whatever they desperately wish the EU to be onto an organisation which has never really been about friendly trade and cooperation, but is actually all about slowly and inexorably becoming a supranational government of Europe. And which is not going to abandon that long-held goal just because the British are now expressing a few doubts.

I’ve read the history of the EU. I strongly advise others to do the same. And if they still want to Remain, having understood the true nature of the grand projet, they should at least have the decency to admit out loud precisely what it is that they know they are committing us to.

For those interested in that history, here is a good starting point.