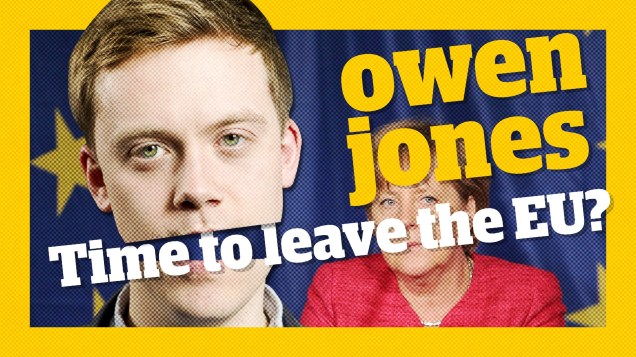 Many left-wing Remain supporters have no great love for the European Union, but nonetheless want Britain to remain subservient to Brussels as a means of inflicting left-wing policies on a reluctant Britain. And they call themselves champions of democracy!

“We must be clear about this: it does mean, if this is the idea, the end of Britain as an independent European state. I make no apology for repeating it. It means the end of a thousand years of history. You may say ‘Let it end’ but, my goodness, it is a decision that needs a little care and thought.”

Pete North, in a justifiably bitter tirade aimed at that group of British left-wingers who persist in stubbornly supporting the EU and campaigning for Remain against their better instincts, writes:

I don’t think I can win over leftists to the Brexit cause. They keep saying “If we leave the EU, the Tories might do stuff I don’t like” – which roughly translates as “I don’t want to live in a democracy where the government responds to the views and wishes of the public”. It also translates as “I am happy to deprive others of the right to choose because my politics are superior”. There’s not really much I can say to that. Traditionally, people like that are wearing uniforms and we shoot them rather than engage in polite discourse. What worries me is that if these people get their way, eventually they will be wearing uniforms and we will have to shoot at them.

If you ever wanted proof of the British Left’s paper-thin commitment to democracy, you need only compare these two paragraphs from Owen Jones – one written when he was flirting with euroscepticism last year as the Greek euro crisis was at its peak, and the other shortly after David Cameron declared victory in his “renegotiation”.

Even outside the eurozone, our democracy is threatened. The Transatlantic Trade Investment Partnership (TTIP), typically negotiated by the EU in secret with corporate interests, threatens a race to the-bottom in environmental and other standards. Even more ominously, it would give large corporations the ability to sue elected governments to try to stop them introducing policies that supposedly hit their profit margins, whatever their democratic mandate. It would clear the way to not only expand the privatisation of our NHS, but make it irreversible too. Royal Mail may have been privatised by the Tories, but it was the EU that began the process by enforcing the liberalisation of the natural monopoly of postal services. Want to nationalise the railways? That means you have to not only overcome European commission rail directive 91/440/EEC, but potentially the proposed Fourth Railway Package too.

Other treaties and directives enforce free market policies based on privatisation and marketisation of our public services and utilities. David Cameron is now proposing a renegotiation that will strip away many of the remaining “good bits” of the EU, particularly opting out of employment protection rules. Yet he depends on the left to campaign for and support his new package, which will be to stay in an increasingly pro-corporate EU shorn of pro-worker trappings. Can we honestly endorse that?

And here he is last month, falling into line with the Remain crowd:

Last July, I suggested that the left should at least consider Brexit, not least because Cameron believed left-leaning voters were in the bag for an “in” vote, giving him little incentive to preserve the progressive elements of the EU. My view is now to stay in, but unite with those across the continent – like the former Greek finance minister Yanis Varoufakis’s new movement – who want a democratic EU run in the interests of working people.

[..] People like me can say: like you, I was sceptical. I’m no pro-EU ideologue, but a genuine floating voter. I understand your concerns. But I’ve come to the conclusion that we must remain in the EU, as a first step to the reform it so desperately needs.

In other words: democracy is a great and noble thing to be defended when it is delivering good old fashioned left-wing policies and high-taxing, high-spending governments. But when the people look like they might be about to vote for anything centrist or right-wing, the Left disown democracy at lightning speed, and embrace any and every procedural or bureaucratic obstacle which might thwart the people’s wishes.

Owen Jones is a smart cookie. He knows the true nature and purpose of the European Union, just as he knows that any “reform” or democratising of the EU is impossible because it would go against the very purpose of the organisation (the creation of a supranational and unaccountable layer of government above the nation state, freeing European leaders to make decisions and implement policies that their own electorates would never otherwise permit).

So when Owen Jones “saw the light” and came out in support of the Remain campaign, it wasn’t because he had suddenly found reason to hope that the EU can actually be reformed. No, it was purely and simply because cold hard political calculus told him that while the European Union may be a “neoliberal” dystopia for lefties, an independent Britain with conservative government would be far worse.

Jones changed his tune because he realises that a conservative government in an independent Britain might – shock horror – implement conservative policies desired by the voters, and the Left would have no means of undemocratically preventing it.

As a strategic piece of hard-headed and pragmatic realpolitik, you can’t fault the vanishing armies of left-wing euroscepticism for their tactical retreat. But as self-styled morally virtuous warriors for social justice and democracy, their hypocritical stance on Brexit stinks to high heaven. 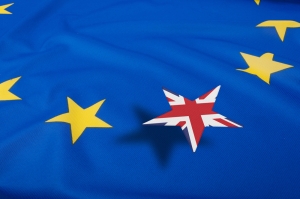