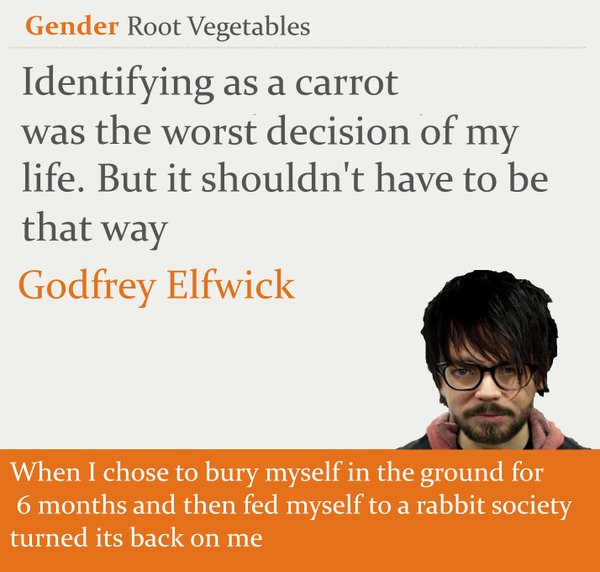 Just as Donald Trump’s presidential candidacy teeters on the line between brilliant satire and terrifying reality, so too does this Guardian-style headline from Godfrey Elfwick.

Stylistically correct in every respect, and steeped in the same self-obsessed, exhibitionist tone of Identity Politics as practised by Safe Space-dwellers everywhere, the mere fact that you can no longer dismiss Elfwick’s confected headline as satire without a second thought really says it all.

After all, if grown men can identify as six-year-old girls and teenage girls can identity as cats, what is to say that the 2020s will not be marked by the growth of the Vegetable Rights movement?

And yes, sometimes our best weapon against this toxic Identity Politics culture is ridicule.