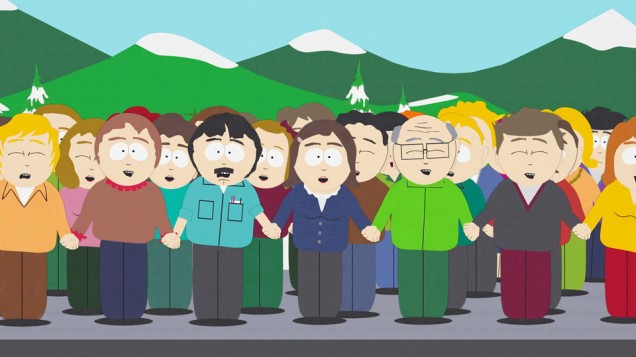 While we are on the subject of Americans arguing eloquently in favour of Brexit, here is Doug Bandow, Senior Fellow at the Cato Institute and former special assistant to President Reagan, writing in Forbes:

Some folks, generally more leftish in orientation, like being able to appeal to Europe to override the stodgy British parliament at home. But the majority of Britons are not so happy.

After all, there’s an inchoate sense of sovereignty and self-government. It doesn’t matter who people are. Most everyone prefers to control their own lives. The British don’t care if someone else, whether in Brussels or elsewhere, is theoretically more qualified to govern Britain. (Not likely, but that was the theory of British colonialism for others.) Most Britons want to do the job themselves. Yet the UK government figures about half of economically significant laws originate in EU legislation.

That’s a major transfer of authority and sovereignty to a body which suffers from a “democratic deficit.” The EU has a top-heavy but fragmented—and unelected—executive, with three different “presidents.” The European Parliament is elected, but only rarely do voters choose representatives based on European issues. People usually use their EP votes to punish or reward national parties based on national issues. Moreover, the Brussels elite, a gaggle of bureaucrats, politicians, journalists, academics, businessmen, and more, is determined to impose its views irrespective of the opinions of normal folks. Indeed, the Eurocrats routinely avoid public input and block votes on EU issues. So it’s not surprising that many Britons, as well as citizens of most other European countries, feel alienated from Brussels.

All fair criticism of the EU – my only correction would be that Bandow actually underestimates the number of Presidents of the European Union. Bandow says three, but the real count puts it at five.

In his piece, Bandow asks semi-rhetorically whether Americans should follow Britain’s lead and throw off the yoke of federal government from Washington D.C.:

The British will soon vote on leaving the European Union. There are many reasons people want to quit. Perhaps the most important is self-government. Britons are tired of being bossed around by nameless and faceless bureaucrats in Brussels. Americans should follow the British in reconsidering the wisdom of living under a centralized Leviathan in a distant capital, that is, Washington.

Indeed, the Brexit cause is one which should find sympathy among any people who currently chafe at their present aloof, unrepresentative governments. Obviously America is a single demos – having lived in the United States, I know just how strongly people “feel” American – and so it is right that government sits at that level. One assumes that Bandow is suggesting a renewed emphasis on federalism and states’ rights rather than mass secession from the United States.

Europe, of course, has no such demos – no matter how strongly the EU’s most ardent cheerleaders and apologists try to wish it into existence. In fact, any effort to impose a new identity where none exists before – especially when done at the expense of national identity – is likely to breed far more resistance and resentment than it will create unity. And those who deny the EU’s aspirations to statehood are frankly burying their heads in the sand – the evidence is abundant, and out in the open.

But what’s really good about this piece is that it touches on the fact that the EU is deliberately designed to remove awkward public opinion from the decision making process – that “the Brussels elite [..] is determined to impose its views irrespective of the opinions of normal folks”. And that, of course, is the entire point of supranational government. Aside from being the favoured mechanism for ratcheting the countries of Europe toward their “destiny” of common statehood, it also ensures that decisions are made so remotely, and by people so lacking in democratic legitimacy, that EU leaders are largely free to go about their business unscrutinised.

This is no way to run any kind of organisation, let alone a nascent country. Yet many, particularly those Stockholm Syndrome sufferers on the Left, persist in believing that the EU can be changed and transformed into a European socialist Utopia, if only leftists from across the continent join hands and sing Kumbaya loudly enough.

This is sheer folly. And it is good to see conservatives in America as well as Britain recognise it as such, and see the European Union for what it really is.