Britain has become an authoritarian dystopia where the police prefer to waste scare resources scouring Twitter for instances of supposed thoughtcrime, rather than tackling real-world crime

Matthew Doyle of Croydon, south London, was not the first person to say something stupid in the aftermath of the Islamist terror attacks in Brussels yesterday, and he will certainly not be the last. But Doyle does hold the dubious honour of being the first person in Britain to be arrested for thinking and saying – or in this case, tweeting – the wrong thing about the Brussels attacks, the latest victim of Britain’s dystopian hate speech laws.

As with most people whose free speech most urgently needs defending, Matthew Doyle does not come across as a remotely sympathetic character.

A man who tweeted about stopping a Muslim woman in the street yesterday, challenging her to “explain Brussels”, and lambasted on Twitter for his comments, has responded to the criticism today, insisting he is not some ‘far right merchant’.

Matthew Doyle, partner at a south London-based talent & PR agency, posted a tweet on Wednesday morning saying: “I confronted a Muslim woman in Croydon yesterday. I asked her to explain Brussels. She said ‘nothing to do with me’. A mealy mouthed reply.”

He was later arrested.

His tweet referred to yesterday’s bomb attacks on the Belgian capital’s main airport and Metro system that left at least 34 people dead and 198 injured. His comment went viral, being retweeted hundreds of times before he eventually deleted it.

Mr Doyle told the Telegraph he had no idea his tweet would be the “hand grenade” it has proven to be – and that Twitter’s 140 character limit made the encounter sound vastly different to how he thought it went.

Now there is a good case to be made that Matthew Doyle is something of an idiot – in a follow up tweet, he later exclaimed “The outrage I felt was real. I cannot understand why I decided to ask the nearest Muslim I ran into”, which certainly suggests that perhaps we are not dealing with a world class mind here.

And his subsequent tweets veered firmly toward the knuckle-dragging bigot end of the spectrum, when he retorted “Who cares if I insulted some towelhead??”

But let’s be clear – even if we apply the most unforgiving interpretation of Matthew Doyle’s tweet, and his subsequent account of the conversation, it should not be enough to land a citizen of a supposedly free democracy in trouble with the law.

Even if Doyle literally sought out the first Muslim-looking person he could see on the high street, approached them unbidden and asked them to account for the terrorist actions in Brussels yesterday, no country calling itself free should drag that man through the criminal justice system.

It may be incredibly ignorant and offensive to suggest that all Muslims share responsibility for the terrorist attacks in Brussels this week. It may be astonishingly stupid. But stupidity and lack of manners should not be enough to earn someone a knock on the door from the police.

In this case, the initial response of the Twitterverse was (for once) exactly what should happen – society’s self-righting mechanism kicking in against the actions of a conspicuous idiot. Doyle said something irretrievably stupid which was then widely retweeted, and he found himself on the end of thorough, fully deserved mockery from complete strangers online. Many of the subsequent parody tweets effectively (and wittily) exposed the total lack of logic behind Doyle’s sentiments and actions.

I confronted a Somalian yesterday in Croydon. Asked her to explain Captain Phillips.She said "Nothing to do with me". A mealy mouthed reply.

So why is confrontation, rebuttal and mockery not enough in twenty first century Britain? Why can we not simply go to bed content that a self-declared idiot has had his idiocy widely exposed, refuted and mocked, without wanting to twist the knife further? Why is it now also necessary to compound his punishment by heaping an arrest, a trial and a possible criminal conviction on top of the self-inflicted public shaming?

As Alex Massie recently lamented when looking at the public’s response to Donald Trump’s comments about Britain, cases like these only prove his how snarlingly authoritarian and illiberal a place modern Britain can be once the sunny, progressive façade is peeled back:

It is always depressing to discover that there are vastly fewer liberals in this country than you might wish there to be. But that discovery should no longer surprise us.

This is the true attack on British and European values, and it comes from within. I am far less worried about the slim possibility that I will find myself standing next to a suicide bomber on my morning commute, and far more concerned that every single day I am apparently rubbing shoulders with people who smile and appear friendly at first glance, but who would not hesitate to bring the full weight of the criminal justice system crashing down upon my head if I happen to one day say the wrong thing (defined by British law as anything which gives them offence).

As a political blogger with sometimes forceful and controversial views, I am less worried that my writings may earn me a punch in the face from a stranger (I couldn’t be less famous, and my reflexes are quick – though I am probably playing with fire when I criticise our national religion, the NHS) and far more worried that someone will read something that I write, take massively overinflated exception to it, and – with a few clicks of a mouse or a quick telephone call – report me to the police, who would then be obliged to investigate me under Britain’s oppressive hate speech laws.

In the age of Islamo-fascist terror, my liberty and wellbeing is far more under threat from the Public Order Act 1986, the Communications Act 2003 and the Racial and Religious Hatred Act 2006 than it is from the terrorist’s bomb or the bullet. Not because I ever incite racial or religious hatred – indeed, I abhor those who do so – but because under the same laws that put Matthew Doyle in a jail cell, my “guilt” would depend entirely on the perception of the supposed “victim”. Anybody at any time can read anything that I write, claim to be alarmed and distressed by the ideas that I express, and have me carted off to prison.

They can do this to idiots like Matthew Doyle. They can do it to political bloggers like me. And they can do it to you. Sitting at your computer right now, you can get yourself arrested and cautioned, convicted and even sent to prison just by typing fewer than 140 characters on your keyboard. In Britain. In the year 2016.

In case the government actually cares, this is how the terrorists really win. They’ll never make Britain part of a radical Islamic Caliphate, but they can certainly help to ensure that we become such a snarlingly authoritarian, freedom-hating society that our country is changed irrevocably for the worse.

And as the freedoms and liberties which distinguish Britain from more benighted parts of the world – including primitive quasi-medieval regimes like the Islamic State – are shot to pieces, it is our own hand on the trigger. No one else’s. We do this to ourselves.

Postscript: What remains unclear at this time is whether Matthew Doyle was arrested for the content of his original tweet, his subsequent tweets (some of which were actually far more offensive) or the real-world act that his initial tweet described.

It may seem an arcane detail, but it will be interesting to discover whether the woman accosted by Doyle made the complaint, or whether it was a foot soldier in Britain’s growing army of professional online offence-seekers who took offence on her behalf. I would bet a very large sum of money that it is the latter, and that while the “victim” herself probably shrugged off the incident, Doyle’s prosecution is being urged most strongly by other people who are completely unconnected with the incident and who were not adversely affected in the slightest by his tweet. 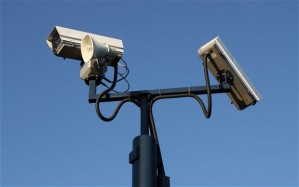