The latest case in point is an excellent News in Brief story from last week, entitled “Precious Little Voter Needs To Feel Inspired By Candidate“:

CLEVELAND—Noting how important it is for him to find a campaign that stirs genuine optimism and enthusiasm in its supporters, sources confirmed Tuesday that precious little voter Adam Higgins needs to feel inspired by a candidate. “To be perfectly honest, I just can’t bring myself to vote for someone I’m not excited about,” said the delicate little flower, who simply has to experience an authentic and personal connection to a candidate and believe in his wittle-bitty heart that the candidate’s message will legitimately move the country forward in meaningful and significant ways. “Policies and experience are certainly important, but a candidate has to have a vision I truly believe in. I’m only going to cast a ballot for someone who actually provides real hope for the future of this country [because I need to feel all snuggly-wuggly and special].” Sources further confirmed the fragile, dainty buttercup feels he absolutely must vote for someone who is trustworthy and competent.

The Onion’s fictional Adam Higgins sums up this blog’s attitude nicely in a single paragraph. Let Semi-Partisan Politics be a refuge for dainty buttercups everywhere!

But maybe it is time to give up on our dainty buttercup ways and embrace the cold hard reality of politics, where even fundamental positions on issues as consequential as the future of our democracy are nothing more than bargaining chips to be picked up, traded and discarded as politicians seek to advance their careers.

Maybe if people like me – those who think that political ideas and governing ideology actually matter, and that there is nothing mature or laudable about “pragmatically” lurching from crisis to crisis, dealing with each one on an isolated, ad hoc basis in pursuit of favourable newspaper headlines – simply shut up and got out of the way, the whole system would suddenly start functioning much better.

Actually, no, it wouldn’t. It is for the political class to change their ways, not the citizens who many politicians have so conspicuously failed to serve. Give me Jeremy Corbyn over Ed Miliband any day, even though his politics are anathema to this blog. And give me Margaret Thatcher over almost anybody in the Ted Heath tribute act of a government we currently have in Britain.

The most unnerving Onion headlines and stories are generally those which in the the course of recent years have become impossible to distinguish from real life, or those which invert reality so that the offensive and unnatural is considered normal.

This is one of those stories.

And no, this blog does not support Donald Trump. 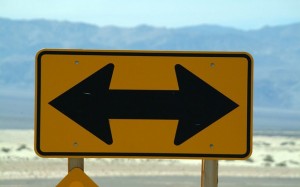