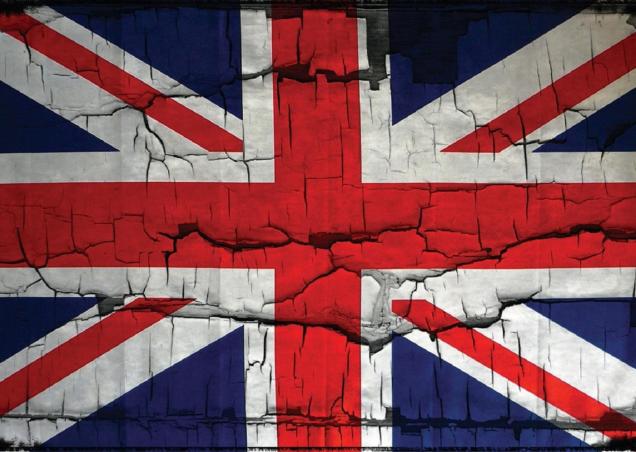 I’m on the losing side of history.

I still believe that the nation state is a force for good, and that it remains the best repository and defender of our most fundamental rights and liberties. But I’m in a dwindling minority, and others have different ideas. Most things to do with the nation state are either being replaced, deconstructed or just becoming passé. I get funny looks if I say wouldn’t it be nice if we brought back the national anthem before sporting and other events, or if I write anything about “British exceptionalism”.

I know that all of these things are fading into the past, and I can make my peace with that. But for those who call themselves “progressive” and heartily embrace conceptions and institutions such as today’s vast European Union or total, unmanaged multiculturalism*, I have a question: do you really know what you are letting yourselves – and all of us – in for?

At the moment almost all of our rights are vested in and guarded by the nation state. But the nation state is under attack on all fronts – unlimited immigration within the EU, free trade, global capital flows, multinational corporations. I broadly agree with some of these trends, I often like them in principle and even personally benefit from most of them; but they are all gradually undermining the nation state.

High net worth individuals and multinational corporations can relocate themselves or their operations across the world with ever-increasing ease, rendering the power of sovereign countries to maintain their tax bases or protect their citizens increasingly void. And as the nation state totters and subsides as the (often welcome) forces of globalisation sweep over it, what will eventually rise to replace it?

We already know: the EU will become the new repository for so-called “democracy” here in Britain. A distant organisation that doesn’t see the UK as we do, but as a series of regions represented by MEPs in a European Parliament which cannot propose legislation, which is elected by formulae and logarithms that would confound Alan Turing, ruled over by a Commission which isn’t elected at all, and which is firmly in the hands of Brussels-based lobbyists that nobody sees or knows anything about.

If our Westminster parliament feels distant today, how will the EU’s institutions seem when finally we realise that Brussels is the only place that counts, and yet we barely understand how it operates, let alone who really controls it?

My point is this: the things for which I am nostalgic are ebbing away, and that’s fine. But we citizens have at least some measure of control over our daily affairs and our destiny under our creaking, anachronistic institutions, and an understanding of how they work. They represent our collective history over the past decades and centuries. We built some of them together.

The new, emerging institutions which will replace them are being designed behind closed doors by small groups of mostly unelected people, as well as the most influential agents of all – wealthy corporations and their lobbyists. We have almost no idea, let alone influence, over what they are building together because instead of scrutinising them we spend our time arguing over the mansion tax or the NHS or high speed railways, which are mere distractions in the long run.

The liberties and freedoms we hold dear today can very easily slip away if we do not jealously guard them. By contrast, power is generally won back by the people from elites and powerful interests at a very heavy price – just consider Britain’s own history, or the American fight for independence from our Crown.

If we want to have a say in designing the new institutions that will govern our politics, trade, intra-bloc affairs (for we soon may not call it “foreign relations”) and other issues, we need to put the brakes on the demise of the nation state while we take stock and think about the future that we want, so that we do not end up in the future that our leaders and elites are building now in secret, without our consent.

Even if you find patriotism silly and the importance that conservatives attach to symbols and rituals to be absurd, it is still in your interests to slow down the juggernaut of European integration so that you too can help design the world our descendants will inhabit. You may laugh at the latest sensationalist Daily Mail headline, or think Nigel Farage a fool when he stands in his local pub, resplendent in tweed, drinking a pint of English ale. And that’s fine, you can laugh.

But think about what the world will be like in one hundred years, with its new technologies and services and ideas. Think about what innovations there will be in healthcare and banking and computing (and data collection) and travel. And then think about how much oversight and control we have over any of these things even today, in 2015. It it enough?

Imagine, then, the world of 2115. What institutions will then exist to safeguard our children’s  interests, and which bodies and authorities will they petition for redress of grievances? Who will control foreign relations between whatever nation states or multinational trading blocs remain, and who will decide whether to wage war using whatever unimaginable weapons we have conceived a century from now?

Do you entrust the EU with these powers? The World Trade Organisation? The United Nations?

You don’t have to be a conservative to worry about these things. They should worry us all. Together we are part of the wider arc of history, as well as living in the here and now, with our present troubles and cares. And so we need to look very closely at our politicians as they position themselves and seek our votes. And by all means, let’s grill them on the NHS, on the bedroom tax, on housing and transport, tax credits and tuition fees.

But we do ourselves and our children a grave and irreparable disservice if we do not also ask who among them is most likely to preserve for tomorrow the freedoms and liberties we enjoy today. 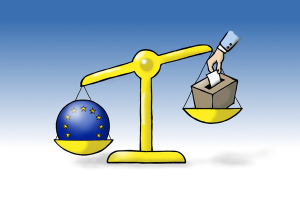 38 thoughts on “What Comes After Britain?”