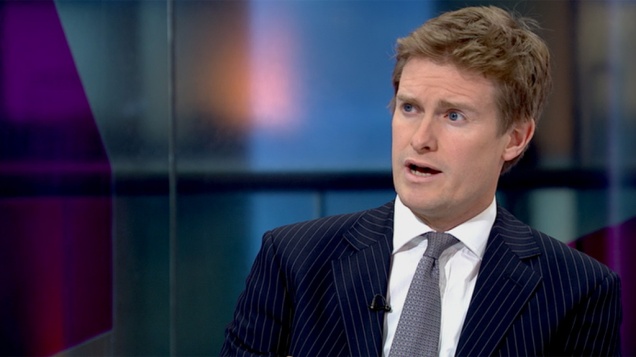 As their uninspiring leadership contest rumbles on, the Labour Party is in the process of missing a massive opportunity, an existential moment which could very well determine whether the party of Keir Hardie exists at all in fifty years time.

Tristram Hunt – one of the real intellectual and political heavyweights who realised that Labour’s renewal could not be completed in time for the 2020 election, and decided to keep their powder dry for the next leadership contest – admits as much in a revealing interview with the Guardian today.

From the piece, entitled “Labour needs a summer of hard truths“:

Rather than developing detailed policy on childcare, housing, or education, Labour’s debate should be about how government can help people to tackle massive economic, technological and social change.

“The party should be arguing for a progressive and interventionist state to support citizens and communities in confronting the challenges of globalisation. What are we for? We are for giving people the capacity to deal with a period of incredible socio-economic change and the advent of digital technology, migration flows, global capital flows.”

As the Tories trim back the state, they fail to address such questions. “Representing Stoke-on-Trent, you see the seismic change of the last 30 years. It is almost anthropological in terms of the taking away of traditional systems. The role of a Labour party and social democratic parties is to help communities get through that and thrive on the back of it.”

Here, in a nutshell, is the leadership contest which the Labour Party should be having, but is not. Watch any of the hustings or listen to the bickering between the candidates and their badly behaved proxies and you will soon see that (with the partial exceptions of Liz Kendall and Jeremy Corbyn respectively), and you will be struck by two facts about the conversation taking place in the party:

1. Despite Ed Miliband’s punishing loss to a not-very-conservative party in 2015, there is still massive support within the party grassroots for leadership candidates to explicitly repudiate Blairism, the only electoral formula which has delivered Labour any success in the past forty years, and

2. Given the infinitesimally small ideological and temperamental difference between the two supposed frontrunners, Andy Burnham and Yvette Cooper, much of the debate has descended into parsimonious nitpicking about mind-numbingly detailed policy positions, each designed to virtue-signal the candidate’s moral virtue and good intentions.

This is a real problem because by getting so caught up in the small print of what to include in 2020’s Labour Party manifesto, nobody is looking at the bigger picture – the type of country that Labour wants to bring about and the type of party which Labour needs to be in order to win an electoral mandate to deliver that change. This is particularly remarkable because so many of the pressing international and economic questions of the day lend themselves to easy (if not helpful) left wing answers.

Globalisation and the (regrettable) decline of the nation state means that there are real questions about how large numbers of people in newly uncompetitive industries or with the wrong skills for the modern economy can be brought back into the economic fold and made productive citizens paying their way once again. If, for example, the European Union as it currently stands is as good as it gets – and if there are to be no concessions on the free movement of people within the EU – British politics is crying out for Labour to finally recognise the damage done by the EU to the working class and underclass, and take actions to mitigate this harm instead of looking down their noses on those who call for Brexit.

In an age where more and more work can be disaggregated and outsourced, Britain’s unproductive and unskilled workforce will remain engaged in a permanent race to the bottom for pay and working conditions, while the governing Conservative Party can only think of statist solutions like the “national living wage” to provide a counterbalance.

These are really pressing questions, ones which my side – the libertarian, small-government Right – too often ducks or fails to answer in any detail. If, as my side argues, big government is bad and suffocating to individual freedom and choice, how can a much smaller government – in partnership with business, communities and third sector organisations – help to ensure that the British workforce remains educated, skilled and adaptable to rapid change? This blog has its own ideas, but too often these questions are ignored entirely by the Conservative Party and UKIP.

This time of uncertainty should be ripe for exploitation by Labour, who could propose genuinely radical solutions from a big government, interventionist perspective. If the Labour Party were to propose spending many billions of pounds on offering every working age adult the opportunity to complete a two year higher education course or professional qualification at night school, for example, this blog would cheer loudly, seeing such investment in our people as even more important than investment in national infrastructure – and certainly preferable to throwing away money keeping people dependent on welfare and tax credits for ever.

But so long as the credibility of a Labour leadership candidate is determined by the strength with which they disassociate themselves from Blairism, so long as Labour obsesses about houses and tax credits and the NHS, without lifting their eyes to see the bigger picture, these discussions will never happen. And these potential new vote-winning (and life quality enhancing) policies will never see the light of day.

The Labour Party is in denial about the scale of the challenge ahead of them. By pretending that this is any other leadership contest, Labour is deluding itself into thinking that the right combination of new houses pledged, new banker taxes proposed, new hospitals commissioned and more generous benefits extended will see them restored to power, when in reality the problem is far more fundamental, and the cure far more painful.

Before anything else, Labour needs to decide what kind of Britain it wants to see in 2050, and from this finishing point work out the kind of party it needs to be to win the argument and win power. With David Cameron, George Osborne and their party of Coke Zero Conservatives determined to seize the middle ground rather than do the hard work of convincing the British people why genuinely smaller government and greater freedom are good things, Labour can either continue to be the vaguely uninspiring left-of-centre alternative, doomed to keep losing elections, or they can be bold and start from scratch, this time trying to remember the people who they supposedly went into politics to help.

At present there is no sign of this happening. Jeremy Corbyn’s candidacy may be refreshing in its unapologetic leftist ideology and rejection of  stale centrism, but his is a manifesto from the 1970s when what is needed are new ideas to twenty-first century problems. Liz Kendall at least does not fall into the trap of treating New Labour’s electoral success as a drunken mistake, but neither does she propose to do much other than soften the edges of Cameron and Osborne policies. And the frontrunners, Andy Burnham and Yvette Cooper, have almost nothing to recommend their candidacies at all.

Tristram Hunt was wise to sit this one out. If there is still much of a party for him to lead in 2020, let’s hope that his warnings are heeded next time around.

One thought on “The Opportunity Labour Is Failing To Grasp”