Who cares about the European Union? What’s all the fuss about? Eurosceptics should stop making fools of themselves, get with the times, and stop embarrassing themselves by articulating their pesky concerns about democracy and national sovereignty.

Or at least so says the Conservative Minister for Small Business, Anna Soubry. While speaking at a Conservative Party Conference fringe event organised by European Movement, Soubry had some choice words for seemingly anyone who does not faithfully adhere to the “in at all costs” mindset.

Speaking at a conference event hosted by European Movement and other pro-EU bodies, Ms Soubry told campaigners they must not “underestimate” the emotion of “those who want us to leave”.

“That is a very difficult thing to begin to debate with, to engage with, and it’s difficult often to beat because they do have this passion that is an obsession. They live it, eat it, drink it, sleep it,” she said.

“I don’t just mean a few people in our own party but obviously all those other people who’s name we’re not going to mention”.

Ms Soubry went on: “It means that they have this obsession that they will do almost everything and anything, they will devote all their time in a way that really is not healthy for them in this run-up to the referendum.”

“Because as I say, they live it, they eat it, they drink it. You want to say to them: For God’s sake, get a life. But they’ve gone beyond that. That makes it very difficult for us.”

Yes, that’s us: swivel-eyed, obsessive cranks who are unreasonably fixated on a single issue to the exclusion of supposedly more important matters. Ideologically blinkered and impervious to facts, that’s us, unlike the enlightened pro-Europeans who are so famously open to dissenting ideas.

There is a particular irony to the Minister for Small Business being the one Tory to insult eurosceptics so brazenly. For it is small businesses which suffer the most from EU regulation while often gaining none of the benefits of EU membership, particularly if they do not export to the single market.

British small businesses should have a willing champion in their dedicated government minister, but Anna Soubry seems more keen to ingratiate herself with the europhiles than do what is best for her vitally important constituency of small business owners and employers. It’s certainly an interesting way for Soubry to run her department – one can only hope that leaving a positive legacy and securing career advancement were not high on her list of priorities.

But mark the language: “Get a life”, Soubry says, as though eurosceptics were pale-faced garden shed dwellers who spend too much time fussing over their model railways and simply need to get some sunshine and fresh air. Principled objection to euroscepticism is one thing (though very strange coming from a supposed conservative), but open mockery and dismissal of eurosceptic principles should not go unanswered.

After all, what is more important than the future governance of our country? What single issue – healthcare, defence, education, infrastructure, economic policy – matters more than the nuts and bolts of how human beings organise and govern themselves? For in truth, Britain is either losing or has already lost ultimate sovereignty and control over many of these areas in the name of European unity and harmonisation, and will only lose further control as the drive for integration continues.

You think that David Cameron’s cosmetic renegotiation effort will make a difference? It’s time to wake up. Britain may have been duped into ignoring the commitment to “ever closer union” enshrined in the Treaty of Rome when we last voted to remain in the European Community back in 1975. But France and Germany, the twin engines of the EU, are perfectly aware of the end goal, and remain committed to bringing it about. Losing the UK would be a huge blow to the EU’s international prestige and annual budget, but our European partners are quite willing to see this happen before they compromise on the ultimate destination of a European superstate.

Thus any renegotiated package for the EU is likely to be the worst of all worlds, with Britain committed to maintaining our financial contribution to the EU budget while simultaneously being relegated to second-tier membership status, all in exchange for a few cosmetic and largely irrelevant “concessions” from Brussels.

Eurosceptics already know this. That’s what makes us tick. That’s why we get up earlier in the morning, that’s why instead of spending an extra hour in front of the television at night we write blogs and articles instead, trying to inform and persuade our fellow citizens. Because, frankly, it matters too much to be ambivalent.

Strong believer in free markets and competition, or passionate Corbynista eager to renationalise the railways and push back the market at every turn? It doesn’t matter, because the EU tells Britain what we can and cannot do when it comes to regulating or deregulating the economy.

Eager to see increased defence spending, a stronger military and a bigger role for Britain on the world stage, or humble pacifist who wants to scrap Trident and disband the military entirely? Again, it doesn’t matter, because the EU is itching to push ahead with long-established plans for common Defence and Foreign policies, backed by an EU defence force.

Easygoing multiculturalist or deeply concerned about balancing immigration with community cohesion? It doesn’t matter, because as an EU member state these matters are out of Britain’s hands. In fact, on issue after important issue, key questions of national self-determination are quite simply above our own prime minister’s pay grade.

That is what the European Union does. The EU is a deliberate assault on the nation state as the key building block in human civilisation. The EU sees the nation state as outdated and too prone to nationalism and war, and so seeks to undermine it by the creation of rival supranational institutions which gradually take on more of the top-level responsibilities, while simultaneously building up the idea of EU regions, thus undermining the nation state from both sides.

And that’s okay, you can believe that the nation state has outlived its usefulness and look forward to a future where other local and international institutions play the role that countries currently play. But you had better have a rock-solid, watertight explanation for how you intend to ensure that democracy is preserved in this Brave New World, when we have finally succeeded in burying the nation state which currently preserves and maintains our liberties.

The nation state will not exist as the key building block of human civilisation forever, but we are not giving any serious thought as to what should replace it, thus ceding the initiative to those would would have the anti-democratic European Union fulfil this role.

The things for which I am nostalgic are ebbing away, and that’s fine. But we citizens have at least some measure of control over our daily affairs and our destiny under our creaking, anachronistic institutions, and an understanding of how they work. They represent our collective history over the past decades and centuries. We built some of them together.

The new, emerging institutions which will replace them are being designed behind closed doors by small groups of mostly non-elected people, as well as the most influential agents of all – wealthy corporations and their lobbyists. We have almost no idea, let alone influence, over what they are building together because instead of scrutinising them we spend our time arguing over the mansion tax or the NHS or high speed railways, which are mere distractions in the long run.

Anna Soubry glosses over the real existential questions, because she has no answer to them. And in place of serious answers to serious questions about how to preserve democracy in the absence of the nation state, she has glib jokes, soundbites and barbs aimed at those of us who actually take these things seriously.

Should eurosceptics “get a life” and cede the political ground to the europhiles and the denialists who have convinced themselves that the EU is harmless, that European Union membership is somehow compatible with national democracy?

No. Never. On the contrary, it has never been more important for eurosceptics to speak loudly and with one voice in defence of our beliefs, in defence of national democracy. 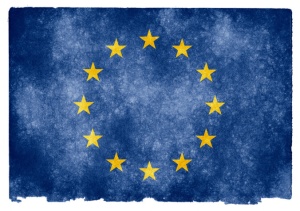 4 thoughts on “Should Eurosceptics Just “Get A Life” And Learn To Love The EU?”