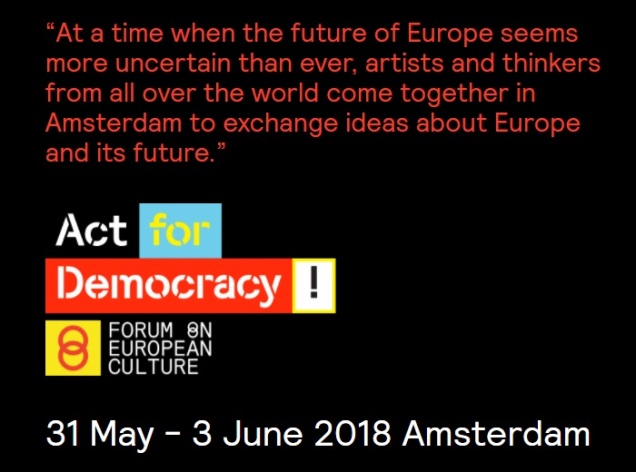 Having been spat out of the British educational system knowing virtually nothing of history, classical music came to serve as the primary window through which I discovered nearly everything I now know, love or am fascinated about culture, art and history.

For instance, after discovering the music of Dmitri Shostakovich and learning about the composer’s life working under threat from the Soviet state, I came to appreciate with horror the inevitable toll taken by authoritarian communist governments on the psyche and artistic output of composers striving (under orders) to produce works reflective of socialist realism. Indeed, knowing its history, who can listen to the opening Nocturne from Shostakovich’s first violin concerto and not feel a chill reflecting on the circumstances in which it was written, and then suppressed until the death of Joseph Stalin?

Perhaps naively, from then onward I always believed that a healthy artistic community was one which kept government firmly at arm’s length, which at its best sought to challenge prevailing dogmas and policies, or at the very least refrained from acting as a willing shill, promoting establishment doctrine. Though more democratic countries have also blurred the line between artistic expression and government policy – one might think of the Public Works of Art project during depression-era America – participation is typically voluntary and the messages generally far less scripted.

How wrong I was. It should be evident to anyone with a functioning neocortex that the contemporary artistic community in Britain in particular (and the West more generally) long ago gave up any desire to seek truth or offend establishment sensibilities, opting instead for fawning repetition of modern centrist orthodoxy and acts of ostentatious virtue-signalling intended to flaunt an artist’s holding of the “correct” views. Witness superstar Lorde’s oh-so right-on cancellation of her concerts in Israel and call for a cultural boycott (while happily continuing to perform in other countries such as Russia). Even so recently as the 1980s, major stars were willing to court controversy or take a stand against official policy – witness Paul Simon’s concerts in apartheid-era South Africa – but such independence of mind seems almost entirely absent from today’s artists.

Indeed, since country group The Dixie Chicks torpedoed their career by denouncing the Iraq War during a London concert, later issuing an humiliating apology under duress, few artists (popular or otherwise) have dared give voice to any heterodox opinion they may hold. When it comes to finding pop or rock stars willing to say kind things about Brexit, one has to turn to 1970s icons such as Morrissey or Sex Pistols frontman John Lydon – the younger generation of stars either subscribe to the holding-hands-beneath-a-rainbow view of enforced European political union or else maintain a fearful silence.

While the instinctive pro-EU bias within the arts world is well known, what still retains capacity to shock is the proactive willingness of some artists to proactively praise and promote the nascent European government. The European Union has form when it comes to holding competitions or doling out grants and awards contingent on the creation or performance of works of art flattering to its own self-image; that much is nothing new. However, we reach a new level of fawning servility when artists arrange the production of tributes to the EU of their own accord and with no direct financial inducement. Yet this is precisely what we are now witnessing:

An open call for ideas to re-brand the European Union has been issued by artist Wolfgang Tillmans and architect Rem Koolhaas. ‘The brief is to send us proposals for communicating the advantages of cooperation and friendship amongst people and nations,’ they write, adding: ‘We need messages, how the Union works and how life would be without it. And we need ideas how to challenge the organisation itself, how to make it better.’

Vocal pro-EU advocates Koolhaas and Tillmans are part of the group Eurolab which is participating in a four-day forum titled ‘Act for Democracy!’ taking place in Amsterdam from 31 May – 3 June: ‘Eurolab is a fact-finding mission of what went well and what went wrong in the last 25 years of communicating Europe’ their statement says.

‘Eurolab wants to collect ideas about how cooperation and solidarity can be spoken for in a fresh and compelling way to large audiences. How can the European Union be valued by its citizens and be recognized as a force for good, rather than as a faceless bureaucracy?’

If I were an artist, I would be ashamed to be associated with such tedious, worshipful bilge – not because it is supportive of the EU, but because the reasoning behind it is so dreadfully unoriginal and derived purely from well-worn establishment political talking points. Like the centrist politicians in Britain and the EU who were shocked by Brexit’s disruption of their normally-unchallenged worldview and smoothly planned-out pathway toward deeper political integration, so these artists think that the only problem with the European Union is a lack of effective branding.

They begin by regurgitating the asinine notion that opposition to the European Union inevitably means a rejection of the very idea of “cooperation and friendship amongst people”, which is as insulting as it is moronic. They go on to express a desire for more messaging about how the EU works, which is ironic since an understanding of the EU institutions and the history behind the push for ever-closer union is quite closely correlated with a healthy dislike of the entire project. Of course there is the obligatory throwaway line about challenging the EU to be better, but it is very clear from the project brief that its originators see public dissatisfaction with the EU as a function not of a flawed project or horrendously antidemocratic execution, but rather an ignorant, benighted population who lamentably fail to realise what a wonderful blessing the EU really is.

This is why pro-EU forces have utterly failed to regain the initiative in Britain and elsewhere – they are so utterly divorced from the broad stream of EU-agnostic sentiment within their countries that they truly believe that those who dislike the institutions of Brussels also reject the human values of cooperation and solidarity. Worse, they are so politically tone-deaf that they admit this publicly, seemingly without any idea how insulting it is to Brexit supporters and other opponents of the EU (and deleterious to their own goal of winning over public support).

The project’s sponsors are involved in the risibly-titled project “Act for Democracy!“, part of the Forum on European Culture, which seeks less to celebrate the rich cultural heritage of the various countries of Europe than invent ever-more tortured ways of pressing art into the service of agitating for continental political union.

The event’s programme includes such gems as:

A 4-day Eurolab during which initiators Wolfgang Tillmans, Rem Koolhaas and Stephan Petermann will make a start to rebrand Europe.

Debate programmes in which we come to the core of populism across Europe. With among others Jan-Werner Müller, Ulrike Guerot and Flavia Kleiner

The centrepiece of the whole event seems to be a symposium laughably called “An Independent Mind” in which exclusively pro-EU essays are discussed and celebrated ad nauseam.

A more saccharine, groupthink-infused circle-jerk you could not imagine. These creative types are gathering with pre-ordained conclusions in mind, based on the crudest and most insulting caricatures of their opponents, with the plan of using their diverse talents in service of a childishly naive conception of what the EU actually is and what it represents.

But all of that is fine compared to the fact that they are gathering under the banner of supporting democracy when in fact their entire movement is an upper middle-class, elitist howl of outrage at popular disillusionment with the European project. They are effectively adopting the classic Karl Rove-ian tactic – where George W. Bush’s hatchet man guided his candidate to success by successfully accusing W’s opponents of his own glaring weaknesses, these pro-EU artists do the inverse, claiming possession of the very virtue (support for democracy) which they are desperately seeking to corrupt.

Particularly disconcerting is the self-chastising tone of the project’s announcement, in which Tillmans and Koolhaas come close to outright suggesting that it is A) the job of artists to serve as organs of the state and that B) they failed in that duty by proselytising for European political union with insufficient vigor.

This resembles nothing so much as the fawning forced apology given by Shostakovich following the communist party’s denunciation of his opera “Lady Macbeth”, entitled “A Soviet Artist’s Response To Justified Criticism”, with one key exception – nobody is making these artists do anything. They choose to exalt the supranational European government they so adore of their own volition. How much more debased is this?

More fundamentally – do artists have a responsibility to speak truth to power as a cacophany of different voices questioning the existing orthodoxy, or to cheerlead for the status quo? Should they produce works of art or sleazy government commercials? Tillmans and Koolhaas make their position quite clear:

In workshops and interview sessions we aim to compile a comprehensive toolbox of arguments, strategies, and ideas that can be applied to campaigns across different demographics and used by different professional groups (e.g. ‘Teachers for Europe’ ‘Scientists for Europe’ ‘Farmers for Europe’).

This is literally a project to brainstorm and create propaganda. What self-respecting artist talks of their work process as one of creating “toolboxes” and “strategies” for the use of astroturf political campaign groups? None. This is the language of marketing professionals or management consultants, not aesthetes or artisans.

Yet while these die-hard activists may not yet represent the broader artistic community, with vanishingly few exceptions (see the heretical new group Artists for Brexit) they all share the same unthinking, instinctive pro-EU impulse. The difference between your average pro-EU orchestral conductor, pop singer or modern artist and the people who will shortly be assembling in Amsterdam to create pro-Brussels communications strategies is one of degree, not kind.

If European artists want to deploy their talents to promote supranational government then it is their prerogative. I may find it distasteful, but it is certainly well within their rights. What is upsetting is the lack of fresh, critical thinking they seem to bring to bear to the question of European political union, instead either parroting simplistic pro-EU political talking points or else challenging themselves to come up with their own propaganda pieces.

And I can’t help thinking that legions of brave artists whose works were suppressed and lives disrupted because of an unhealthily close relationship between arts and government throughout history are turning over in their graves at the willingness of their latter-day colleagues to do this work of glorification unbidden and uncoerced. 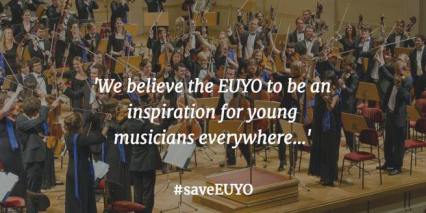