In 2014, we were all instructed to spend Christmas Day tweeting and sharing our fawning adulation of the National Health Service and NHS workers on social media, lest the sensitive government-owned healthcare provider feel unappreciated for even a single second.

Last year, a choir of workers from the Lewisham & Greenwich NHS Trust actually stormed the charts and took the coveted Christmas #1 spot with a very pedestrian and unremarkable Ode to the NHS, after the British public were guilted and emotionally blackmailed into virtue-signalling their support for Our Blessed NHS by purchasing the recording.

At that point, this blog started to sound the alarm bells, even more loudly than usual.

But still it was not enough. Still we are apparently failing to show sufficient love for the National Health Service. Still we wretched sinners fail to give due worship and honour to Britain’s secular, socialist religion.

Step forward NHS Million, an online campaign group which exists solely to spread fawning propaganda about the health service and encourage its worship, with a call for all of us to come up with our own individual hymns of praise to the NHS:

We know you are a creative bunch so we want to hear your best #MakeAnNHSSong. Don't forget to include @NHSMillion so we can see your ideas pic.twitter.com/wuyadfwgmy

How long, one wonders, until a formal NHS anthem is commissioned, and sung every day in state-run hospitals up and down the land? How long until there is some kind of “NHS Loyalty Oath”, different from the Hippocratic Oath, in which NHS workers are forced to pledge to defend the principle of socialised healthcare over and above all else, rather than simply doing what is best for their patients?

Do these people realise how they look and sound to anyone from outside Britain? Simple-minded adult babies singing childish simple songs for a government they take active pride in depending on 24/7. It would be hilarious if it were not quite so gut-wrenchingly pathetic.

I look forward to trying (again) to explain this national NHS mania to my in-laws and American side of the family when we travel to Texas for Christmas this year. I look forward to the looks of blank incomprehension on their faces when I patiently explain to them that no, it is quite normal for otherwise independent-minded, adult-looking British people to suddenly whip out the guitar and croon a sappy love song to a money-hungry government department. I cannot wait to hear what they say when I suggest that they should follow our lead and found a national movement encouraging American citizens to write songs in praise of the IRS or the US Postal Service.

Fortunately, the one thing for which British people can be relied on even more than reflexively loving the NHS is the way in which we tend to make fun of any effort to make us give due deference to authority. And I am pleased to report that NHS Million received far more snide comments in reply than genuine song contributions.

Here are some of the best:

The First Cut is the Deepest.

This inspired person managed four suggestions in one tweet:

Great Balls of Fire! (I need to see a GP)
Faith of the Heart (surgeon)
Hallelujah (I'm cured)
Under Pressure! #MakeAnNHSSong.

Then there were the earnest-but-dim contributions:

"What do you think you are buying Mr Branson? Do you think our health is fun?" #makeannhssong

And the perennially confused:

I'm not sure what they're asking us to do here?

While others were a year behind the times:

Fix you? Really? Been there, done that.

Oh, and my own contribution:

Nearer My God To Thee: https://t.co/pOKO2o9OQS

Unfortunately, some people did take the request seriously and actually produce a song:

“RIP Our NHS” is a punk/ska-sounding number, only the rebellious element has been lobotomised and everything one would expect from the genre – angry contempt for authority etc. – has been replaced by a petulant, foot-stamping tantrum for more government interference in our healthcare. 80s kids for less freedom and bigger government!

Nobody wants an acute healthcare crisis to unfold in Britain. But if that is what it will take for us to finally stop singing childish ditties to the fifth largest employer in the world, a vast bureaucratic organisation of immense power and with huge vested interests in the form of the NHS Industrial Complex, then what are we waiting for? Bring it on – let’s get the pain over and done with.

For what is the alternative? How many more Christmases must we otherwise spend holding hands and singing plaintive worship songs to Big Government while other nations, unencumbered by 1940s socialist dogma, continue to overtake us in the healthcare outcome league tables?

Enough is enough. NHS Million can take their NHS songs and stick them where the sun don’t shine. The service that they are performing, no matter how well intentioned, is worse than useless – papering over the cracks and encouraging people to unthinkingly support the status quo is actively harmful to the long-term health of the nation.

This is a time for serious people and bold new ideas to end the dark reign of the NHS Industrial Complex, the nostalgic socialist dreamers and the fawning, childish sycophants who unwittingly do their bidding. 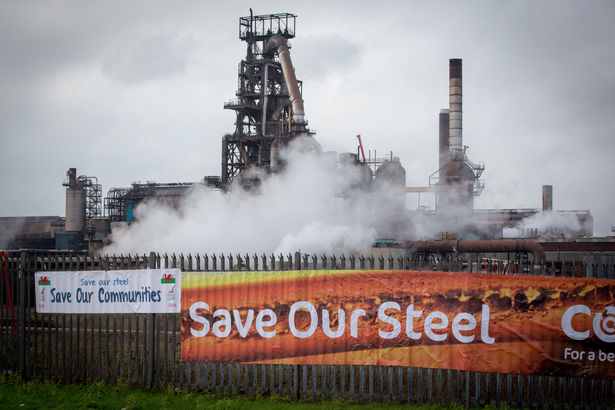 With so many other glaring weaknesses in Britain’s national security infrastructure, does the loss of domestic steel production really matter?

While everybody rends their garments about the threatened closure of Tata plants and other steelworks around the country, many commentators – from both ends of the political spectrum – are touching on the national security implications of failing to support our steel industry.

The steel sector crisis rocking Britain could put our national security at risk, a top Labour MP has warned.

In a boost for the Daily Mirror’s Save Our Steel campaign, Dan Jarvis will tell the annual State of the North conference of the dangers of closing major plants.

“It undermines our freedom and our influence if we become overly reliant on other countries for essential resources that we will need in the future,” he will say.

“Deciding whether we preserve some of the best coke ovens and the largest blast furnaces in our country has implications for our national security as well as our future prosperity.”

While from the other side, Allister Heath writes in the Telegraph:

Then there are the strategic and military dimensions. There may one day be another major war, or a large emerging nation could go rogue. But we cannot run Britain on a war footing. The Government should engage in contingency planning: it could stockpile steel, or even set up a couple of mothballed plants. None of this is any justification for nationalising unviable businesses.

But how much of a hammer blow to Britain’s independent warmaking (or defensive) capability would the closure of our remaining steel plants actually be?

The argument in favour of retaining significant steelmaking capacity is that we might need it in case of urgent re-armament or replenishment of lost military hardware. But the lead time for the construction of a Type 45 destroyer is 3 years – compared to one year for the groundbreaking HMS Dreadnought in 1906 and thirteen months for the famous HMS Belfast in 1938. While the aircraft carrier HMS Invincible was built in seven years during the 1970s, HMS Queen Elizabeth – first of the Royal Navy’s two new aircraft carriers – will have been in production and trials for eleven years before finally becoming operationally ready in 2020.

If we found ourselves facing a dire security or military threat requiring additional naval ships, besides directing our ire at David Cameron – who has presided over a shameful degradation of the Royal Navy’s surface fleet – Britain would have little choice but to attempt to buy the requisite ships from a foreign navy (who may or may not be willing to sell to us). The lead time for commissioning a modern advanced warship is now so long that most conflagrations would be over by the time new ships were completed. And all the time they were under construction, the shipyards – and steelworks, and any other supporting industry – building them would be vulnerable to sabotage from within and aerial attack from without.

In other words, the days when we could melt down iron railings and salvage bits of scrap material to aid the war effort or rush produce a battleship in eleven months are over (to the limited extent that they existed at all). In any future major war, Britain will effectively go to war with the hardware it has available at the time, with little prospect of rapid re-armament – which is why we should all be concerned about this supposedly Conservative government’s failure to prioritise defence spending.

And it’s not just steel. Britain has almost no domestic supply of the rare earth minerals which are needed to manufacture the computer components which go into everything from vehicles, weapons and medical equipment. Sure, the government could keep stockpiles – though our government is too woefully inept to do so. But where does it end? When so many goods are the product of a disaggregated global supply chain, what do you insist is produced locally?

These are not easy questions to answer. But in answering them, policymakers have an obligation to delve deeper than the very two-dimensional “steelwork closures will mean that Britain is no longer a military power” level of debate we are getting so far. And they have an obligation – not that they are likely to fulfil it – to be honest with the public about the trade-offs which guide such decisions.

As it happens, this blog would like to see more critical national security infrastructure brought back under British control – energy independence for a start, and a strengthened military with a Royal Navy befitting a powerful island trading nation. But so far, I have yet to be convinced by anyone that the loss of domestic steel production weakens us as a country any more than the many other inevitable global interdependencies which undergird our ability to make war – never mind the Conservative government’s reckless vandalism of the armed forces, which was utterly avoidable.

And so I put this out there to those with strong opinions backed up by detailed knowledge: from a national security standpoint, with so many other glaring (and often recently self-inflicted) weaknesses in our national security infrastructure, does the potential loss of our remaining domestic steel production capacity really matter?

This is not to say there should not be some type of government intervention to delay the steelworks closures or mitigate their effects. Surely one of the lessons learned from Thatcherism is that no matter how essential industrial and economic realignment may be for long-term success, simply expecting people (particularly a coddled British population used to being helped by the government) to brush themselves off and start lucrative new careers after being made redundant is callous and wildly overoptimistic. The word “Tory” is still utterly toxic in some communities, over thirty years later, and we must avoid making it even worse.

People have no right to demand that the state (i.e. their taxpaying neighbours) permanently subsidise the loss-making industry which gives them employment, but we should provide those affected with transitional support through re-training and educational grants to equip workers with more lucrative skills. Failing to do so, either out of bumbling incompetence (David Cameron and Sajid Javid) or rigid ideology will only create more negative consequences of social deprivation and regional dereliction, which is morally wrong as well as more expensive in the long term.

This piece in Conservative Home explains the consequences of failing to provide such transitional support, and the advantages of doing so. 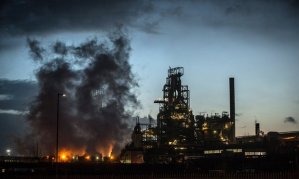