Buying and praising the NHS Choir’s Christmas single is not “harmless fun”. In fact, anyone who truly believes in improving healthcare should see through this complacent, self-congratulatory piece of propaganda

It’s amazing how easy it is to be published in the Guardian, just so long as you hold the “correct” right-on, trendily left wing views, and have distinguished yourself with some suitably ostentatious act of public virtue-signalling.

Enter Harriet Nerva, junior doctor and newly ordained High Priestess of the NHS. Nerva is one of the principal architects of that sappy piece of virtue-signalling NHS propaganda inflicted on the (sadly often-willing) British populace this winter – the “Bridge Over You” single which predictably made it to Christmas No. 1 in the charts.

I explained at the time why singing hymns to a powerful government monopoly was neither a morally virtuous nor a productive thing to do, and was met with a predictable chorus of criticism and accusations of being a Christmas Grinch. But the argument against this latest piece of NHS-worship needs to be restated and expanded, particularly in light of the failure of other commentators to utter a critical word, and also because of the nauseating victory lap currently being taken by the #NHS4XmasNo1 campaign chiefs.

In her self-aggrandising victory speech, published in the Guardian, Nerva begins by declaring:

As a junior doctor, I started a campaign that united the public, staff and patients in its demand for a free and properly funded healthcare service for all.

Already it starts to become clear that this is all about the Harriet Nerva Show first and foremost, long before any other consideration. The article continues:

Since becoming a junior doctor 18 months ago, I have felt immensely proud to work for the NHS. In particular, I’ve been humbled by how well we cared for one patient in their dying days, and felt privileged to have forged a relationship with this person in the last few weeks of their life.

Again, this is boastful and irrelevant. Nerva isn’t “humbled” by anything, she is proud of her accomplishment – and that’s fine, but not when it is wrapped in the pretence of promoting the NHS, or when the fact that she gave good care to a dying patient is misused as an argument for persevering with one very specific model of healthcare delivery.

Nerva concludes by inadvertently calling the song what it really is – a religious hymn:

This campaign has made it clear that the public, staff and patients are singing from the same hymn sheet. We are united in the belief that we should have a free and properly funded healthcare service available to all in our society, one that values and respects its staff and users. The choir have sung, the public have spoken, and now it’s time to listen.

Harriet told Mirror Online: “I didn’t have any links with the choir but what they have produced is a fantastic celebration of the NHS”.

“Seeing the video moved me to tears. The context of it is very powerful. I qualified 15 months ago and I love the NHS, I’m very proud of it. And I feel getting it to Number One would bring to the public’s eye the fantastic service it provides in very challenging times”.

But this reasoning is nonsense. Everyone in Britain already knows about the excellent and important work done by doctors and nurses, and the vast majority support the NHS. It’s hardly as though there is some massive popular revolt against our system of nationalised healthcare.

Most people seem content with our current system when they bother to think about it at all, and (left-wing scaremongering aside) no major politician from any party has serious plans to dismantle what currently exists, let alone end the principle of healthcare free at the point of use.

So, since there is no imminent threat to the NHS (it survived eighteen years of Tory government before 1997, and will do so again), what is this really all about? What really motivated a junior doctor to make us endure this turgid hymn to the NHS?

By prancing around with her Twitter hashtags and handwritten signs, Harriet Nerva isn’t just saying that she shares our presumed love for the NHS or has a strong devotion to providing healthcare. What she is really saying is that she is a better person than you, because she A) works for the NHS, and B) organised a huge act of public NHS-worship.

“Think you’re a good person just because you like the NHS?”, Nerva is saying. “Well I’m ten times better than you, because I got the British people to collectively sing a hymn to the NHS on Christmas Day. I love the NHS so much that I made this extraordinarily extravagant public gesture. What did you do?”

And of course short of sacrificing ourselves on a huge pyre as a burnt offering to the NHS, there is nothing that we can do to better her accomplishment. Harriet Nerva wins.

But this is noisy, shallow virtue-signalling, and nothing more. I’m sorry if it sounds harsh or seems unpleasant to rain all over what first looks like a harmless act of charity, but the NHS Choir’s Christmas single is so much more than that. And so much worse. It is yet another part of the vast tapestry of reflexive NHS worship which smothers Britain, and prevents us from looking critically and dispassionately at one of the most important issues in our society.

And we need to wake up, stop patting ourselves on the back for the accomplishments of previous generations, and recognise that singing hymns to an outdated healthcare delivery model from the 1940s is going to do nothing – nada, zilch – to ensure that Britons enjoy the best healthcare in the world in this century. 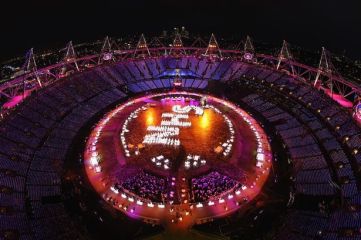 It is therefore heartening to see a few other brave souls also now daring to stick their heads above the parapet and call the NHS Christmas single what it is – emotionally manipulative propaganda.

My Conservatives for Liberty colleague and Creative Director, Paul Nizinskyj, also picks up on the pseudo-religious undertones beneath this latest act of NHS-worship:

This was encouraged by a message on the music video, which urged people to “Show how much you #LoveYourNHS” by buying the single. Well, this is a concept I struggle with, because I have no love for a catastrophically flawed system of healthcare which seriously fails its patients, despite the best efforts of its frontline staff.

But that distinction – between the structure of the NHS and the people who work for it – is one we seem to struggle with in this country. So, instead of a conversation about why the NHS continues to fail the people who pay for it, we again exalted it as an infallible deity, this time in a kind of Christmas Day papal coronation.

One of the Left’s greatest successes has been to conflate “Our NHS” with “healthcare” in the minds of the British people, so that the two concepts effectively merge to become one and the same. This was a war of words, and the Left won a total victory – now, even those people who are naturally sceptical of government monopolies often speak of the two terms interchangeably, and carve out an illogical exception for the NHS when they extol the virtues of competition and privatisation.

But as Nizinskyj points out:

I’m certain dedicated health professionals would be dedicated and professional under whichever system of healthcare they were working, but the results of that hard work often depend on whether the system is working with them or against them. And, when it comes to the NHS, I’m afraid it’s working against them.

This is the point which continually eludes the NHS priests and their congregation of grateful but uncritical Britons. Yes, of course the doctors and nurses who saved your life / delivered your baby / cared for your dying relative did an amazing job. But that is a reflection on them, not on the system in which they operate.

Think about that for a moment. Every day, people are treated with love and dedication in hospitals and healthcare systems around the world, and in many cases receive comparable or better care without being stuck with a bill that they can’t afford. Yes, poor people actually receive medical care in other countries, not just Britain. And yet we are not able to even look at these other systems or ask ourselves the question whether the decision we made as a country in 1948 is still the best choice in 2016.

Why are we not able to do this? Why can we not look at best practice from around the world and strive to emulate and build on these ideas so that we have the very best healthcare in the world, rather than being satisfied with an ebbing and subsiding parity? Because of people like Harriet Nerva, and the closed-minded viewpoint of legions of others like her. 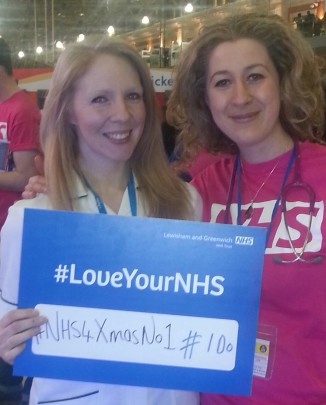 There are two forces are at work here. First, there is the British public’s irrational, unshakeable devotion to “Our NHS”, about which a bad word can never be spoken. Sure, you can criticise waiting lists, falling standards or the inevitable winter crises, but politicians question the wisdom of sticking with the NHS model itself at great peril – and so none do.

And secondly, there is the growing phenomenon of online virtue-signalling, fuelled by social media, in which your political stances are worn and discarded like this year’s latest fashion, and where your stance on key social issues is taken to determine whether you are a “good” or “bad” person. Thus thousands of Twitter bios proudly proclaim that the account owner is a “lefty” or that “I voted for Corbyn”, while people looking for love (or something else) on dating sites like Tinder will often have “don’t bother if you are a Tory”, or other dismissive words to that effect, emblazoned on their profiles.

Take the British public’s “pre-existing condition” of an uncritically sentimental attachment to the NHS and add the social cachet and sense of identity which now comes from blaring one’s political views online and wearing political stances like a fashion statement, and this is what you get: people taking selfies of themselves holding up devotional banners praising the NHS, and even more people singing hymns in honour of Saint Aneurin Bevan’s sacramental gift to our nation.

It’s the easiest thing in the world to get swept up in the NHS love-fest. You are guaranteed to get smiles from strangers and likes on social media with every unthinking post and re-tweet of a “Love Your NHS” meme. You will suffer no negative consequences at all for declaring your blind loyalty to this one particular branch of government, and in fact will be praised for doing so. Just by clicking a few buttons and sharing a couple of posts on social media, 90% of the population will think you are magnificent.

But it is not magnificent. It’s self-aggrandising, counterproductive and wrong. It actively detracts from efforts to improve healthcare for Britons, and it stifles and prejudices a much needed public debate before it can even take place.

I’m sorry to be Scrooge this winter, but there’s no other way of saying this: if you bought the NHS Christmas single, you are part of the problem, not the solution.

5 thoughts on “You Wouldn’t Buy A Song Praising HMRC, So Stop Worshipping The NHS”