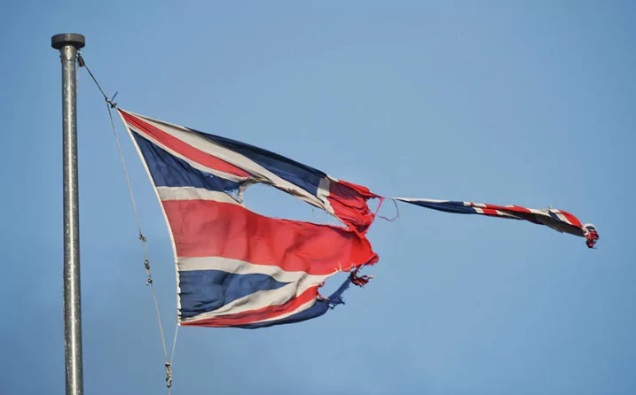 Building a Britain fit for the future requires a detailed vision of the desired end state as well as a plausible policy roadmap to reach the promised land. But three months after coining their new slogan, all the Tories have are seven bland and unremarkable aspirations.

Last year, we learned that the Tories had come up with a shiny new slogan – “Building a Britain Fit for the Future”.

Despite my deep cynicism that anything useful could ever emerge from Theresa May’s intellectually moribund leadership team, I said at the time that the slogan had potential because it at least acknowledged that the current state of Britain is in fact unfit for the future – that we have entered a period of discontinuity where old policy solutions neither work nor command popular support, and that new, hitherto unimagined solutions would be required to overcome the challenges now facing our country.

Unfortunately, three months later and it appears that the slogan was no more than window dressing. Having done nothing to flesh out the statement until another rash of negative headlines and outbursts from concerned ministers and MPs last week forced her hand, Theresa May finally revealed the next layer beneath the slogan – a set of seven principles and objectives for government so bland, vague and forgettable that they may as well have been generated by a computer, printed out and put straight in the waste paper bin.

An internal statement laying out Theresa May’s political strategy has been attacked by ministers as “pathetic” and “anaemic”.

The seven-point summary, called Building a Britain Fit for the Future, was prepared by senior Downing Street aides for ministers and backbenchers to head off accusations of political drift and timidity. For some, however, it has simply deepened concerns that the prime minister lacks a coherent plan to take on Labour.

The document summarises the government’s mission as ensuring the best Brexit deal, balanced government spending, more jobs, more homes and improving educational standards. The two final points are entitled “backing the innovators” and “tackling the injustices”. The environment is not included in the main bullet points but is said to “underpin” all of them.

[..] One of those shown the document — in a presentation by Gavin Barwell, Mrs May’s chief of staff, and Robbie Gibb, the director of communications — was dismissive. “This is just a list of anaemic bromides. It doesn’t amount to a political strategy or a call to arms. If this is supposed to inspire us I despair. It’s pathetic.” Another said: “It’s hardly going to get you all fired up.”

This government does not understand the meaning of ambition, beyond the leadership’s narrow, selfish desire to cling to power and prevent anyone else from having a go. But worse than being cynically without purpose, the government is also incompetent and lacking a functional political radar.

Even a government of chancers and fakers, having been warned numerous times that their lack of a bold and clearly defined positive vision for Britain was alienating voters, would have concocted a plausible fake programme for government by this point, if for no other reason than to keep the newspaper editors of its back. But Theresa May’s rudderless government can’t even fake having an agenda, beyond producing a list of seven wishy-washy bullet points probably cooked up at 3AM by an overworked SpAd:

This would be a worryingly vague list of aspirations if it were presented by the official Opposition, but coming from a government and party which has been in power for the better part of a decade it is unforgivable.

This isn’t the product of a government with a burning vision for Britain – it is the work of a terrified office junior trying to convince an overbearing boss that he is keeping a handle on his workload when in reality it is spinning out of control. Looking at these scattergun solutions to mentally compartmentalised crises, there is no sense that any thought has been put into how the various issues – housing, infrastructure, jobs, education etc. – are interlinked with one another, particularly the crucial link between jobs and education. There is no sense that formulating government policy for the sole purpose of avoiding negative headlines might not be an optimal strategy.

Worse, a number of vital issues are left off this list altogether. At a time when Britain’s armed forces chiefs are making unprecedented public interventions warning that our national defence – already cut to the bone – cannot take another round of cuts or spending freezes, the issue doesn’t even make Theresa May’s Top Seven. And again, this isn’t about having a certain type of armed forces for the sake of it – it is about deciding what we stand for as a country and what kind of footprint we want to have on the world stage, and then working forward to the kind of defence capabilities we need to meet current and anticipated future threats.

And then there are those items such as housing, where the government outlines a bold intent only to underwhelm with the policies which follow the grandiose pledges. The £2bn for social housing pledged by Theresa May during her car crash of a party conference speech last year equates to just 5000 extra homes per year, a puny figure, almost worse than doing nothing at all. And even positive signs such as Housing Secretary Sajid Javid’s plan to encourage homeowners and developments to build upward rather than outward – absolutely the right thing to do – includes a massive sop to the Tory base of existing homeowners by leaving sufficient loopholes for councils and NIMBY protesters to thwart any such developments or at least tie them up in endless appeals.

But worst of all, there is no sense from looking at this wretched list of bullet points that these policies are remotely conservative, or flow from an authentically conservative vision for Britain’s future. There is nothing in this list which would not sound remotely abnormal coming from the mouth of Tony Blair, Gordon Brown, Ed Miliband or David Cameron. Even Jeremy Corbyn would feel comfortable reeling some of them off. And this is the real sign of Tory complacency – at a time when public dissatisfaction with and loss of faith in the frayed centrist consensus has never been greater, Theresa May and her acolytes are still stuck in a dated rhetorical world where bland platitudes about improving public services are all that is needed to win the hearts and minds of voters.

In her incompetence and desperation, Theresa May is trying to work backwards – coming up with a basket of reactive and ill-considered policies designed to placate various stakeholder groups who are causing her government political problems, and then working backwards from these disparate ideas to try to divine an overarching mission for her government. No successful, transformative government in history has succeeded by adopting that approach, and none ever will.

Both for reasons of policy effectiveness and political messaging, you need to start with the big picture. We all know what Labour’s big picture is under Jeremy Corbyn – “For The Many, Not The Few“. It is an explicit call for radical redistribution of wealth and for the full bearing of the state to be deployed in order to encourage equality of outcome. And from this mission statement flow a hundred policies, all in service of that aim, from plans to raise tax to the renationalisation of industry. These policies are alternately naive, coercive, authoritarian and just plain futile, but there are few politically engaged people in the country who could not briefly summarise what Jeremy Corbyn stands for and how he wants to achieve his vision.

Meanwhile, Theresa May offers nothing and remains the most boring enigma in British politics. She was elevated to the Tory leadership despite lacking any discernible vision for Britain besides her trademark authoritarianism, and twenty dismal months later not only are the public none the wiser, her own MPs and ministers lack any sense of real purpose or direction too. Any other Opposition would have wiped the floor with the Tories at this point and dispatched them for a richly deserved spell on the other benches, and right now the only question remaining is whether the Tories are so dismal precisely because they lack a stronger challenge.

This blog has already proposed an alternative approach – the writing and publication of a new Stepping Stones report based on the seminal 1977 report authored by John Hosykns and Norman Strauss during the last period of discontinuity to face this country. Stepping Stones summarised the various problems facing Britain together with their root causes and the ways in which they were interlinked, and then proposed a suite of cohesive, mutually-reinforcing policies to tackle those issues. It was more than a pathetic soundbite backed by a list of seven woolly aspirations – it was was the blueprint taken up and used by the 1979 Thatcher government to rescue Britain from seemingly irreversible national decline. And crucially, it relied on input from people outside the world of politics, people not beholden to existing institutions, centres of power or ways of thinking.

Who within the wider conservative movement will step up and provide the vision and leadership which this government so conspicuously lacks? Who will put this failed prime minister out of her misery, not simply to have her replaced with one of the various grey substitutes in the Cabinet but with someone whose charisma and leadership ability is remotely equal to the task at hand?

It took Theresa May three months to take a vague statement of purpose and flesh it out into a dismally unexciting list of seven banal, obvious and unambitious national aspirations, none of which her government appears remotely capable of delivering. Three whole months.

“Pathetic” is too kind a word.

If anybody who reads this article feels called to action and could contribute in any way to a potential Stepping Stones 2022 project, please do get in touch with me, either using the “contact” menu link at the top of the page, or directly at semipartisansam@gmail.com