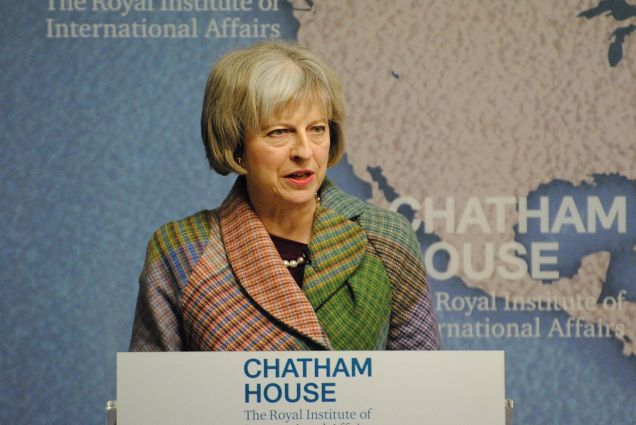 Right now, Britain needs a leader, not a placeholder – Theresa May needs to step up and set some ambitious national goals, or else be swept aside to make room for a real conservative leader

David Mellor doesn’t know what Theresa May stands for. And as Christopher Hope writes in the Telegraph, Mellor has good reason to be confused:

Theresa May is proving as Prime Minister that she is no Margaret Thatcher, a former Thatcherite minister has said, because she is not “seizing the initiative”.

David Mellor, who served under Baroness Thatcher for three years, said “the description of Theresa May as the new Margaret Thatcher is as wide of the mark as it could possibly be”.

Mr Mellor urged Mrs May to call a general election next year and win a larger House of Commons majority. The Tories have a consistently strong polling lead over Labour.

Mr Mellor was a minister in Lady Thatcher’s last government in four departments from 1987 to her resignation in November 1990.

He said Mrs May had shown herself “infirm of purpose”, most recently over the Christmas strikes at post offices, Southern Rail and Heathrow airport, where action will take place later this week.

He told Sky News’ Murnaghan: “When I was a minister for four years she treated me with even more disrespect than my mother did, but Margaret Thatcher knew what she wanted do and did it.

“I don’t think Theresa May knows what she wants to do. Her advisers appear to be the ones that create the headlines. I think she is sitting there and she is infirm of purpose, and she needs to seize the initiative.

“The main initiative she needs to seize is to have an election and get herself a mandate.”

This blog has never joined the calls for an early general election, not least because the laudable idea of having fixed term parliaments is rather undermined if we suspend the rule on the first occasion it becomes politically inconvenient. But if triggering a general election is what it takes to force Theresa May to really think about what kind of prime minister she wants to be (and hopefully give the British people a clue as well) then maybe we should just get on with it. Because right now Britain is idling in neutral at a time when we should be setting a firm course and all striving to pull in the same direction.

The underlying problem is that having succeeded to the office of prime minister unexpectedly in the most turbulent of times (in the wake of David Cameron’s resignation and Andrea Leadsom’s surprise departure from the following Conservative Party leadership contest), Theresa May evidently took office without ever having clearly thought about what it is that she wanted to achieve through her leadership of Britain (the recent Sunday Times interview is heavy on temperament and almost completely lacking in vision).

And it shows. Mellor cites Theresa May’s supposed “infirmity of purpose” when it comes to things like tackling the strikes on Southern Rail, but those are side issues. More troubling than May’s failure to get tough with striking railway workers is the fact that she used her first party conference speech as prime minister to declare war not on Labour and the vested interests of the Left, but on the libertarian Right.

What’s worrying is that Theresa May’s government has passed the Investigatory Powers Act 2016, dynamite for privacy and civil liberties, and is still toying with the idea of enforcing section 40 of the Crime and Courts Act and Part 2 of the Leveson Report, further curtailing freedom of the press. It is not just that we do not know enough about Theresa May’s agenda for Britain – what little we do no should give small government conservatives everywhere cause for concern.

Contrast this to the last great transformative Conservative prime minister, Margaret Thatcher, who had four years behind her as Leader of the Opposition in which to solidify her worldview and flesh it out with policy (notably from the Stepping Stones Report and Centre for Policy Studies think tank) before taking office. By the time Thatcher entered 10 Downing Street in May 1979, she had not only diagnosed Britain’s ailments but formed a fairly clear idea of how she intended to tackle them, even though the road ahead was inevitably marked by missteps and challenges.

Theresa May appears to have no such plan. If she has a burning ambition to change Britain from an X type of country to a Y type of country then she is keeping her cards very close to her chest, for there is no evidence of such a goal. All we have is her reputation of flinty-eyed authoritarianism and aversion to publicity, earned during six years at the Home Office, a grammar school fetish and some woolly words about focusing her government’s attention on helping the JAMs (people who are Just About Managing).

The danger, therefore, is that with Brexit on her plate, a populist rebellion afoot in the country and challenges abroad, Theresa May’s government will become so preoccupied with fighting fires and engaging in daily damage control that the big picture vision never emerges at all. Mellor is right to say that most of the useful tidbits of information about the government’s intentions have come not from the prime minister but from public spats between rival cabinet members. And who can be surprised that such turf wars are underway when there is no clear drumbeat emanating from Number 10?

Of course, Theresa May is by no means the first politician to reach 10 Downing Street without a plan for what to do in government. Gordon Brown famously spent so long plotting his own ascension and the downfall of Tony Blair that he cut a uniquely uninspired and uninspiring figure among world leaders, at least until the global financial crisis breathed some fire into his belly (even if his “solution” was hiking the top income tax rate up to an immoral 50 percent).

There are times when a bland and uninspiring individual, a technocrat, is the right leader for the moment – primarily when times are good and the key imperative is not to rock the boat. This scenario does not describe Britain in 2016. Brexit may be foremost of our challenges, but there are others, too. And from Theresa May’s cautious and unambitious start in office, it is difficult to see how she – and we – are to best confront them. 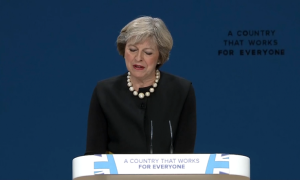 12 thoughts on “What Is The Point Of Theresa May?”