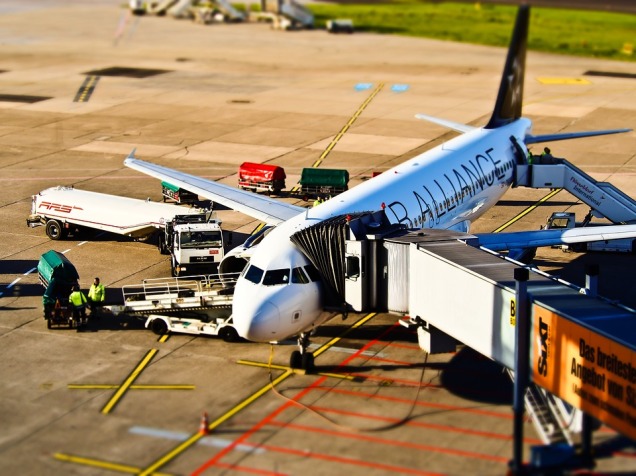 It is Westminster politicians and journalists, not Brexiteers, who have been short sighted and parochial

The Telegraph’s James Kirkup poses an interesting question about the expansion of Heathrow Airport and other national political priorities in the post-Brexit world:

Almost 70 per cent of commuting is done by car so roads are clearly of interest to voters, never mind the wider economics.   But it’s hard to avoid the conclusion that big shiny infrastructure projects like runways and high-speed railways are simply more glamorous and interesting to politicians and, yes journalists, who spend more time in London (where most people commute using public transport) than stuck at a roundabout trying to get onto a bypass.

Airport expansion is about international trade and competitiveness, our national self-image and our global role. All the important things that important people in London spend so much time talking about, in other words.  And rightly so. We should have another runway at Heathrow, and one at Gatwick, come to that: the more competition the better

But then our leaders really should start talking about things that are actually important to the people they work for: clogged roundabouts, congested junctions and potholes.

Earlier this year, the Treasury gave councils £50 million extra to fill holes in roads. Councils reckon they need £12 billion more to fill them all. That’s close to the £16 billion that might need to be spent on new roads around an expanded Heathrow. Which would voters choose in a referendum?

Read the whole thing – it is a thoughtful piece. And of course James Kirkup is right to point out that key national infrastructure projects and local community investment need not be mutually exclusive.

Personally, I make no apologies for firmly supporting the expansion of Heathrow Airport, as well as new runways for Gatwick Airport any any other airport which wants to expand to the benefit of our aviation sector.

As this blog previously ranted:

Air travel is great. It takes rich tourists from wealthy countries and brings them to poorer countries where they boost the local economy with their money. It keeps the wheels of business turning, from the CEO flying from New York to London for a meeting, the office worker commuting to Berlin every week for a project, to doctors and scientists gathering for international conferences.

Air travel bridges the distance between our towns and cities and helps knit the planet together through a web of far-flung family members, friendships and business relationships. And in doing so, the aviation industry helps to foster trust and understanding, bridging cultural divides and doing more to affirm our common humanity than any third-sector institution or political movement.

And yet we seem intent on attacking aviation, thwarting its growth and choking the life out of the industry with punishing airport taxes and insurmountable barriers to expansion. And for what? So that human beings can creep meekly across the surface of the planet, apologising for our very existence and ostentatiously offsetting the carbon dioxide we emit whenever we open our mouths?

But I must admit to bristling a bit at Kirkup’s analogy comparing Brexiteers to downtrodden locals worried only about potholes in their roads, while the Remain-supporting establishment are cast in the role of far-sighted metropolitan elites who alone acknowledge and face up to the long term problems facing our country.

If anything, it is actually the other way around. By continually divesting Westminster of more and more decision-making authority through successive EU treaties and agreements, it is the British political class who effectively dragged the level of our political discourse down to the level of squabbling about NHS waiting times, train delays and potholes in the roads. When all of the consequential decisions – like trade, and increasingly foreign relations – are taken at the European level, all that’s left for British politicians is to squabble about whether the BBC should be forced to up its bid for The Great British Bake-Off.

That’s why we now have a wishy-washy parliament and civil service which is having to rebuild atrophied trade negotiation competencies almost from scratch, while we look to our prime minister less as a world leader or person of real consequence, and more as a glorified Comptroller of Public Services, someone to moan about on social media when the local library closes or the street lights don’t get repaired quickly enough.

The British people instinctively realised this, too, when they voted in the EU referendum. They realised that they only way to even begin to regain control over the full range of domestic and foreign affairs which trickle down to impact their lives was by leaving the failing supranational, federalist experiment known as the European Union.

Kirkup suggests that our leaders “our leaders really should start talking about things that are actually important to the people they work for: clogged roundabouts, congested junctions and potholes”. Well excuse me, but I specifically do not want the prime minister of my country to be wasting her time fussing over potholes and traffic jams. I want the political leadership of this country to set its sights on higher matters for once. In fact, the rule of thumb should be that Westminster only takes an interest if a decision cannot be fairly and responsibly made at a lower level.

And as for Kirkup’s fact that £50 million was given by the Treasury to local authorities to fill in potholes, this is simply more evidence that all government in Britain is vastly overcentralised – that the work of constitutional and governance reform must continue well beyond Brexit. Why not vastly reduce the amount of personal income tax or VAT claimed by central government, and devolve increased tax-levying powers to the counties instead? That way, the people of Liverpool and Bristol can pursue policies which work for them, while the people of rural Essex or Cambridgeshire can do likewise – whether they choose to prioritise filling in more potholes or attracting new investment by slashing taxes or offering incentives to business.

The real danger of Brexit is that nothing much changes and we fail to rock the boat; that we fail to properly grab this once-in-a-lifetime chance to critically re-examine the way in which we govern ourselves and make important decisions at a personal, community and national level. Securing an economically stable secession from the European Union should be the minimum requirement, not the grand prize. Why go to the effort of leaving the EU simply to return to being governed by the same set of domestic institutions which orchestrated our national decline prior to joining the European Economic Community, and then gave away more and more power to EU institutions once we were inside?

Ultimately, the media does us a disservice by framing idiotic questions and false choices like whether we would prefer a new runway at Heathrow Airport or for the potholes on our road to be fixed:

Ask your average group of people whether they want to see enacted a policy which benefits them personally or one which has larger but more disparate benefits spread among a much larger population, and a majority will vote with their own immediate self interest – 67% to 33% as it currently stands on the Telegraph’s online poll.

Does that mean that this is the better policy? Absolutely not. There are times when we are one nation and must subordinate the narrow interests of certain interest groups in order to further the national interest, and there are many other times when we should be able to organise ourselves as communities and regions without the heavy-handed interference of Westminster. And while central government should absolutely be rolled back in many areas, subjecting new airport runway capacity decisions to a citizen’s pothole veto is precisely the wrong way to run a country or frame important strategic decisions.

We need to up our game. Politicians, journalists, ordinary citizens alike, all of us need to try harder to live up to the momentous times in which we find ourselves.

If we stop shooting for the middle and actually try to make the most of the historic opportunity afforded by Brexit then in a decade’s time we might witness a rebirth of local democracy and improve citizen participation in the democratic process at all levels. Better still, we might stop behaving like such dependent children, looking petulantly to Westminster for solutions to every issue we face. And if we stopped demanding that the same people who deal with matters of war and peace and the economic stewardship of the country also ensure that the Number 12 bus runs on time then maybe, just maybe we might improve both the quality and speed of critical decision making in this country.

And yes, maybe then there will finally be a gleaming new runway at Heathrow Airport, and at Gatwick too. Because voting for Brexit was the far-sighted, responsible act of enlightened citizens, not grumbling, parochial NIMBYs. And it should be the first of many such acts, not the last.

One thought on “A Third Runway At Heathrow Or Fixing Potholes In Roads? We Need To Be Bigger Than This In The Age Of Brexit”