How is the fact that most Ukippers and Brexiteers are ordinary, decent people and not rabid skinhead racists such surprising news that it merits an article in The Spectator?

The metro-left have their fixed views of Brexiteers and Ukippers – basically ghastly, uncultured people with a blinkered, nationalistic worldview bordering on overt racism. Generally they hold these views not because of any personal experience meeting and talking with Brexit supporters, but rather because this caricature draws a neat contrast with the virtuous traits of openness, tolerance and progressivism that the Left love to claim as their own. This much is all well known.

But most of these views are formed at a great distance removed from the actual Brexiteers or Ukippers being judged. When Channel 4 filmmakers produce a dystopian documentary about what Britain would be like under a UKIP government led by Nigel Farage it is achingly obvious that nobody involved in the feature knows or has ever taken the time to get to know the type of people they so readily pastiche for the lazy consumption of their fellow metro-leftists.

But once in awhile someone from the metro-left bubble accidentally stumbles out of their hermetically sealed ideological environment, finding themselves deep in the heart of Brexit supporting suburbia, or – heaven forfend – UKIP country.

And when it turns out that the primitive, simple UKIP natives turn out to be perfectly decent people who just happen to hold different views on a few political issues, it is now apparently such shocking and revelatory news that it merits a whole article in The Spectator.

Most people would say UKIP lends itself to comedy better than Denis Healey’s eyebrows lent themselves to tweezers – but not the people of Walton-on-the-Naze, as they live in the party’s only constituency. I’m a stand-up comic, and I was booked to play the town’s first comedy night this month. I don’t know if the lovely promoter realised I was Asian when he booked me; for my part, I didn’t realise Douglas Carswell was Walton’s MP, and only discovered while Googling the town on the way to the gig, when it was too late to turn back.

When I arrived in Walton-on-the-Naze’s large ballroom with its cornicing and chandeliers (‘It looks like the inside of a prostitute’s wedding cake’ remarked one of the other comics), I was perturbed to see more skinheads than at your average EDL rally. Audiences in London are diverse both in terms of race and class; Walton’s audience was not. The first act quipped, ‘I know you’re all a bunch of racists’; whether he was joking or not wasn’t clear.

I was terrified before I went on. I generally sing a love song to Jeremy Corbyn; I thought ‘Oh no, they’re UKIP supporters – they’re going to hate it.’ I also sing about the time a beauty therapist waxed my bikini line into a Hitler moustache. Ridiculously, I thought ‘Maybe some of them are neo-Nazis and will object to this, too!’ Before our sets, the other new comic and I shared frightened glances. ‘Good luck,’ he said. ‘Thanks – I’ll need it,’ I replied. ‘Hopefully they’ll think I’ve just got a suntan and am not Asian at all?’. I was glad that my six foot six inch male friend had accompanied me to the gig.

Because we all know the seething hatred of Asian people in the heart of UKIP supporters and people who voted for Brexit? The condescension here is absolutely off the charts – first assuming that the people of Walton on the Naze are so stupid that Sherine’s clever little love ditty to Jeremy Corbyn might sail over their sloped foreheads, and second that the audience might start jumping around and flinging faeces when they realise that the person on stage is of Asian heritage.

Is there some little-reported history of Asian comics going missing after venturing too deep into small-town Essex that I am unaware of? Has Douglas Carswell quietly imported the defunct Jim Crow laws from the American South, entrenching racial segregation and discrimination in a small corner of eastern England?

This kind of foreboding and hysteria is only possible when one feels that the community in question are somehow fundamentally different to us, that they are “other”. But Ariane Sherine and her audience were both British, both English too, in fact. The idea of being afraid of one’s own countrymen because they happened to elect a mild-mannered MP like Douglas Carswell is absolutely absurd.

To my surprise and relief, they laughed, and went on to laugh throughout my set: at Corbyn, at the Hitler moustache, at my rude song about never having another boyfriend. They were friendly and good-natured. I tested the waters a bit, in case they hadn’t noticed my skin colour: ‘My little girl’s white and I’m brown, so I call her my secret Asian.’ They didn’t bat an eyelid. When I came off stage, the promoter’s wife said ‘They loved you! They came to life when you came on.’

In some ways, the crowd lived up to stereotypes: when the other comedian mentioned the referendum, he got heckled with ‘Brexit – out out out!’ And some of the crowd started to heckle the headline act when he maligned their hometown, with one man asking menacingly, ‘Are you taking the piss out of Walton-on-the-Naze?’ But whatever else the audience were, they weren’t racist. In fact, it occurred to me as we drove home, I was the prejudiced one, the one full of preconceived ideas about what other people were going to be like before getting to know them.

Finally, the realisation dawns that perhaps it is the trendy lefty Londoner who holds prejudiced views – about her own countrymen, no less – rather than the much maligned white working class community which she was so alarmed to visit.

One is torn how to respond to this article. Obviously it is a very good thing that Ariane Sherine came to see the error of her ways in having prejudged Ukippers and people from Walton-on-the-Naze. One only wishes that Sherine’s epiphany could be shared with every other young, creative-industry-working, Guardian-reading, Corbyn-supporting hipster living in London and the other big cities – and that the good people living in pro-UKIP or pro-Brexit communities might eventually start to feel more understood and respected as a consequence.

But the fact that a comedian’s epiphany that people from a UKIP-voting town are not knuckle-dragging racists is such revelatory news that it merits a prominent article in The Spectator is depressing beyond belief. How is it possibly news that people in Walton-on-the-Naze didn’t racially abuse an Asian comedian and heckle her off the stage?

When so many of our fellow citizens hold other groups – the white working class, Ukippers, whoever – in such open disdain, even fearing them, then we are in trouble as a country. And when established media outlets like The Spectator feel the need to publish One Woman’s Voyage of Discovery Into UKIP Land with a straight face, just to make a point, then it is clear that our media has a long way to go in terms of understanding the country they cover.

This disconnect is why Britain voted for Brexit against the command and expectation of the country’s elite in the first place. Hasn’t the time come to give Britain’s silent, Brexit-supporting majority a little bit more respect? 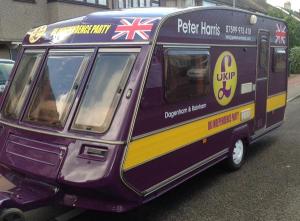 2 thoughts on “The Inhabitants Of UKIP Country Are Our Friends And Compatriots, Not Members Of A Racist Freak Show”