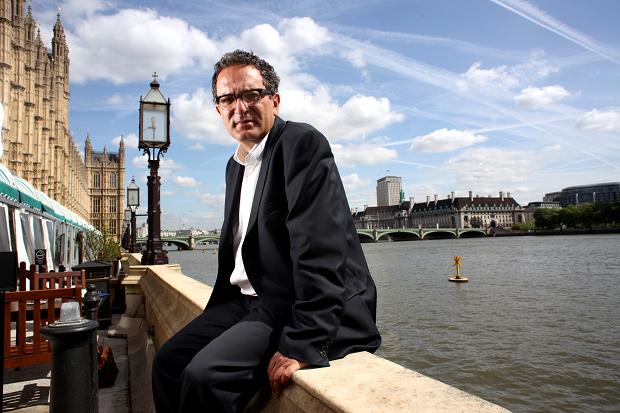 The glib, feeble left-wing case for Britain remaining in the European Union can basically be summed up as “don’t give us back democracy, because the British people might be so foolish as to demand conservative policies and vote for conservative politicians”. It is, in other words, profoundly and actively anti-democratic, springing from a toxic and elitist mindset which hates and distrusts the people.

Unsurprisingly, the great and the good of the modern Labour Party have therefore flocked to its banner, endlessly repeating the shocking (to them) warning that if Britain did not have certain values imposed from above by a higher authority in the form of the EU, the British people themselves might not be so enlightened as to choose left-wing policies for themselves.

This is a weak and contemptible argument, and those advocating it – from Jeremy Corbyn to Owen Jones to Yanis Varoufakis – should know better, and quite probably do know better, deep down. This makes their betrayal of British democracy all the more unforgivable.

But there is a left-wing case for Brexit of more substance and nuance, and Maurice (Lord) Glasman now makes it in LabourList. At its core is still the desire to favour left-wing politics in particular rather than seek to regain democracy in the abstract, but at least Glasman puts some actual thought into his argument.

Glasman concedes that the EU was flawed from the start:

Unfortunately, probably from the outset, and certainly by the Rome Treaty of 1957 a Jacobin tradition of unmediated space, emptied of decentralised institutions had asserted itself, particularly through the head of the High Authority, that became the European Commission, Jean Monet.  He asserted that economic exchange and legal uniformity would, over time, produce political unification.

Perhaps naturally, Glasman traces the EU’s decline firmly back to the accession of Britain in 1973:

Under the leadership of Edward Heath, who had a genuine feeling for the fate of Europe, Britain did join the Common Market, as it was called it for a long time.  It did not go well from that time on as the Common Market was not based on a shared political economy.

Britain is an island and was always at an angle to Europe.  It avoided the continental territorial struggle for domination and developed a maritime rather than a landed economy as well as distinctive political institutions based upon the balance of powers within the Ancient Constitution.

De Gaulle, in continuation with Napoleon, thought that all Britain cared about was free trade and the primacy of the City of London. He argued that the British State could never agree with either the administrative directives favoured by the French or the institutional co-operation embodied in the German Social Market.

The difference between territorial rule underpinned by an army and central directives and a maritime economy based on the Navy and free trade was what was at stake in the Napoleonic wars.   In boycotting Britain and building a Europe of administrative conformity Napoleon continually blasted Russian, German and Austrian leaders for continuing to trade with Britain, which as a maritime power traded with the world.  Napoleon’s career ended when he voluntarily boarded a Royal Navy ship and was taken to a faraway island where his board and lodging was paid for by the City of London.  Despite the conclusive result of that conflict it was not the end of the argument.

The political and economic systems of Britain and France was very significantly different.  Britain had dispensed with its peasantry during the last stages of enclosure and the Corn Laws, it had embraced the market at home as well as free trade abroad. On joining the Common Market the very unhappy marriage of Napoleonic directives and free trade objectives began which threatened the European Community’s earlier achievements of agricultural protection and worker participation.  The Common Market, or European Economic Community as it then became known, had been built on a substantive conception of an economy based upon agriculture and industry, land and labour.  Britain, in contrast, brought a model of a financial and services based economy in which free movement rather than social partnership was the primary goal of political union.

And correctly identifies the anti-democratic black hole which appears when the EU technocracy instinctively recoils from the people and their dangerous passions:

As the European Union becomes more general, abstract and administrative it will naturally side with capital and directives, viewing politics itself as populist.  The reaction is already present within each European State. When I was in Berlin last weekend the AfD had surpassed the SPD in the polls.  When reason itself becomes desiccated and exclusively rational, severing itself from institutional judgement and historical experience it turns all forms of resistance into demagogy and madness.  And yet, democracy is the European way of resisting the outrageous claims of capitalism to own, commodify and de-contextualise human beings, nature and all civic institutions.  The tension between democracy and markets can no longer be resolved at the level of the EU, which through its inverted definition of subsidiarity in which the larger subsumes the smaller, is hostile to democracy, distinctive local and national institutions.

Obviously Glasman is particularly interested in democracy as a means for the people to resist what he sees as the “neo-liberal” agenda of the EU – he is not advocating Brexit for the pure sake of democracy. But at least democracy gets a look-in in Glasman’s argument, which is more than can be said of the Jeremy Corbyn / Owen Jones position, which unashamedly seeks to cling on to the European Union precisely as a means of suppressing British democracy.

Glasman’s conclusion is particularly devastating (my emphasis in bold):

For many years the European project has served as an alternative to Labour having a serious politics of national transformation, of building the coalitions necessary to constrain capital and strengthen democracy. It was a national political weakness that led to the enthusiastic embrace of the EU and it remains a refuge from domestic political defeat.  Labour should be robust in supporting free and democratic trade unions throughout Europe, in championing a balance of interests in corporate governance and strong civic self-government with a deep partnership between universities, cities and firms.  The question is whether being part of the EU hinders this.  Britain is already outside the Eurozone and the Schengen agreement.   It is gratuitous to remain part of a political union that is so hostile to diversity and democracy and so disposed to the consolidation of big capital that it has become a remorseless machine for the liberalisation of trade and the disintegration of society, in which the demand for liquidity has dissolved solidarity. Perhaps it is time to think again.

This really gets to the heart of it – the EU has indeed been an poor alternative to having a serious national political conversation about how we wish to govern ourselves. Labour are not exclusively to blame in this regard. Politicians from all parties have gladly surrendered power to the European Union, eagerly seizing the opportunity to keep the trappings of power for themselves while divesting themselves of ever more responsibility for the outcomes of decisions now made in Brussels.

And how refreshing it is to hear a personality from within the Labour Party actually suggest that maybe – just maybe – it should be the job of left wingers to argue their case in public and seek to convince the British electorate of the attractiveness of socialist policies rather than seek to bypass the electorate and impose social democracy from above via the EU.

In fact, Maurice Glasman, founder of Blue Labour, is exactly the type of voice that the Labour Party needs to listen to and place front and centre of their policymaking if they want to staunch the exodus of working class support from a party which increasingly resembles a middle class, creative industry, virtue-signalling talking shop.

A party which lost seats to the Tories because of traditional voters defecting to UKIP – and facing the prospect of Nigel Farage’s party nipping at its heels in a swathe of Northern constituencies – would make a place of honour for someone like Maurice Glasman, and perhaps even listen to what he has to say about the European Union.

But they can’t do it. Jeremy Corbyn and co. were happy to enrage the party establishment and donors on all manner of issues, from the Syria military action vote to their perceived tolerance of anti-Semitism. But on the crucial issue of Britain’s membership of the European Union, suddenly Stockholm syndrome kicks in and everybody robotically sings from the same worshipful hymn sheet. It’s pathetic.

There is still an element within the Labour Party that actually cares about the hopes, dreams, fears and priorities of the working class. But you won’t find it within Jeremy Corbyn’s inner circle, or the mainstream party in exile. This dwindling branch of the Labour Party is now much like the Popular Front in Monty Python’s “Life of Brian” – a solitary man, sitting on his own, ignored by everybody else.

In their unthinking support for the European Union, the shining practitioners of the New Politics have thrown the working class – indeed , everyone who loves democracy – well and truly under the bus. And at some point there will probably be a reckoning for that.