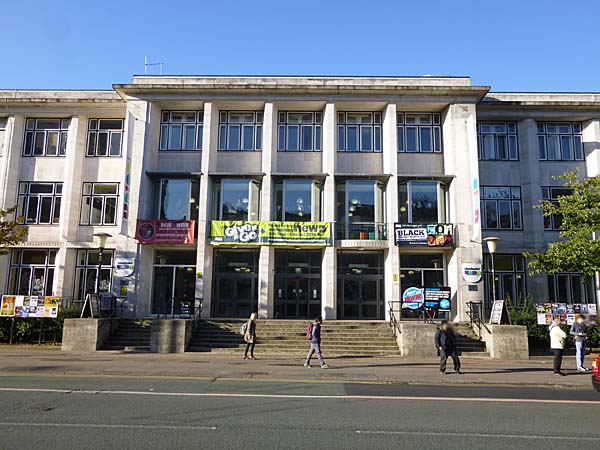 The students’ union at Manchester University never had a particularly strong commitment to democracy and free speech, preferring to act as one of those authoritarian talking shops where activists percolate in their own ideological certainties.

The university is rated Amber while the students’ union has consistently been rated Red in the Spiked free speech rankings, meaning that together they preside over a chilling and hostile climate for freedom of speech on campus.

But the current set of illiberal policies are nothing compared to a new student-initiated union debate which could see David Cameron – and theoretically, by extension any conservative politician or personality – banned from campus on the grounds that they may harm or manipulate weak and vulnerable students with their dangerous right-wing ideas.

The text of the motion, due to be debated this Thursday (14 April), reads:

David Cameron is a dangerous Tory whom has continually attacked the welfare state with the intent of destroying it since the Tory government assumed absolute power in a so called “democratic” vote.

In addition, David Cameron has continually violated the Safe-Space policy by implementing changes to Junior Doctors NHS contracts. We must fight back against the Tory steamroller which is destroying the NHS and destroying the United Kingdom and also Europe. Also David Cameron has said that we should vote to stay in the EU, but he is a Tory and therefore he must have lied, therefore to prevent him being able to manipulate venerable [sic] students at the University we must ban him.

The motion is so childish in its demands and so illiterate in its expression that only a year ago one may have wondered whether it was a clumsy parody. But life on campus in British and American universities has now indeed become such a sick joke that the motion was almost certainly submitted in earnest – and could well be adopted by authoritarian student activists regardless of the motive behind it.

This, after all, is the same students’ union which had an anti Safe Space petitioner dragged out of a student senate meeting by campus security for daring to criticise and speak over the Women’s Officer during a debate about abolishing the union’s Safe Space policy.

(Curiously, the motion to abolish the Safe Space policy was recorded as being rejected in the senate meeting minutes, although there were 38 votes for the motion, 3 against and 4 abstentions – I have contacted the students’ union for clarification on that rather surprising decision, and am awaiting their response). 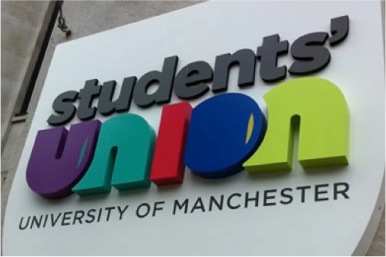 But consider the type of childish, underdeveloped mind which could seriously propose a motion to ban David Cameron from the students’ union (thus wrecking the prime minister’s plan to hang out there extensively in the near future).

The motion begins with the accusation that David Cameron is a “dangerous Tory”. Well, by that logic, so are the 11.3 million British citizens who cast their vote for the Conservative Party in the 2015 general election. Is this entire segment of the population also dangerous – or are they either evil and greedy people voting to enrich themselves at the expense of the poor, or “venerable” people conned into voting the wrong way?

Laughably, the motion describes the Conservative Party’s return to power as being the result of a “so-called ‘democratic’ vote”. Now one can criticise the UK’s electoral system legitimately and with good reason, but Manchester University Students’ Union was not exactly the scene of hunger strikes or self-immolations when the Labour Party won the 2005 general election with 9.5 million votes and 35% of the national vote, which strongly suggests that this is politically (not constitutionally) motivated.

The author of the motion then goes on to claim, ludicrously, that “zero students voted Tory”, which speaks volumes about this particular student’s limited social circle and cheerfully ignorant closed mind. As it happens, some students do vote Conservative – in fact, there has been a slight rise in 18 to 34 year olds voting Tory, particularly women. The fact that many of these right-leaning students keep their political views so quiet is because to talk about them openly would be to invite hostility, ridicule and social ostracisation from the sanctimonious Left.

Slipping the surly bonds of earth and touching the face of insanity, the pompous student motion continues:

In addition, David Cameron has continually violated the Safe-Space policy by implementing changes to Junior Doctors NHS contracts. We must fight back against the Tory steamroller which is destroying the NHS and destroying the United Kingdom and also Europe.

So now, taking a position in an industrial dispute which does not directly affect a single member of the students union is still a grave violation of the Union’s safe space policy. The author of the motion asks us to believe that government running the country and making decisions which anger the Left and the public sector actively makes students unsafe.

And the motion wraps up with the naive and childish statement that David Cameron “is a Tory and therefore he must have lied” about wanting Britain to stay in the European Union. In fact, David Cameron did lie inasmuch as he falsely presented the negligible and non-binding results of his abject capitulation as a bold renegotiation that would result in some kind of reformed EU.

But it was David Cameron’s own lack of character and patrician disregard for democracy which caused him to lie – not the fact that he is a Tory. One could just as easily seek to ban all Labour politicians and personalities from Manchester University by claiming that Tony Blair lied about weapons of mass destruction in Iraq – and yet one can be certain that if Labour Party leader Jeremy Corbyn set foot on campus tomorrow, these students would drop whatever they were doing and follow him around like he was the Messiah.

One would hope that Manchester University Students’ Union will reject this babyish motion out of hand when it is earnestly debated at this Thursday’s Senate meeting, on the grounds that it makes everyone who touches it look stupid.

One would hope that there are enough liberty-loving students at Manchester to prevent the adoption of a measure designed to infantilise them and treat them as delicate snowflakes incapable of so much as being in the presence of people who disagree with them (though such sensible people tend to be repulsed by student politics and stay well away).

One would hope that the idea of passing a symbolic motion banning the democratically elected – not to mention remarkably dull and centrist – prime minister from setting foot on union property would be laughed out of the house by student leaders who realise that demonising over a third of the country for their perfectly legitimate political views makes honest political debate impossible, and (most dangerously) enshrines one particular left-wing ideology as the only “acceptable” political opinion.

One would like to think a good many warm and positive things about the generation of Stepford Students currently passing through our academic institutions, both here in Britain and in America. But every day we are given ten times as many reasons to despair as causes to hope.

And now we have the ludicrous spectacle of Manchester University students earnestly debating whether or not they need to protect themselves by placing a de facto restraining order on David Cameron and his Evil Tory brethren.

As Manchester goes, so goes every other major university in the country. Never has a group of students been so in need of a robust, small-L liberal education, yet so thoroughly unprepared to receive one at university.