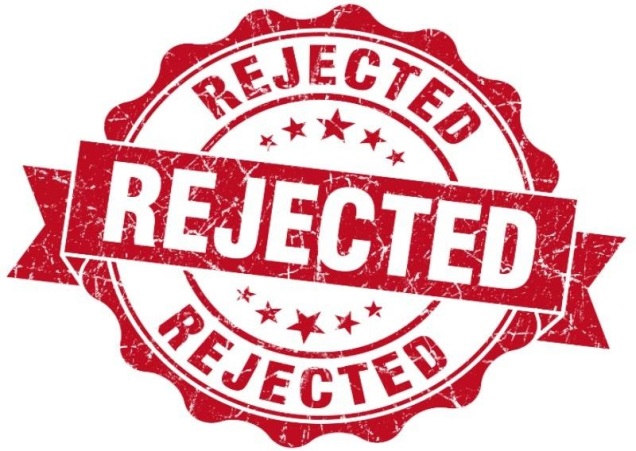 As the Labour leadership election draws to a close this week, today I was finally purged from the party, my application summarily rejected because apparently I do not share the “aims and values” of the Labour Party. I defy them to name which of their official “values” we do not hold in common.

I don’t know whether to be flattered or insulted by the fact that it took until today – less than a week before their leadership election result is announced – for the Labour Party to realise that perhaps I did not fit the profile of their ideal new supporter, and finally reject my application.

A quick Google of my name or perusal of this blog should have set alarm bells ringing right away, I fully expected, but it seems that I express myself so poorly on these pages that my antipathy to the Labour Party was not immediately clear to the vetting team at Labour HQ.

But despite taking weeks longer to reject my application than was the case for Telegraph columnist Toby Young or Conservative MP Tim Loughton, I at least had the consolation of receiving not one but two rejection emails, sent within minutes of each other. So when I finally registered on their radar, at least it seems that I made a strongly negative impression.

And so despite having been deluged with correspondence from all of the Labour leadership and London mayoral candidates since stumping up my £3 application fee, this is the terse, boilerplate rejection that I (twice) received from party HQ:

Thank you for your recent application to become an Affiliated/a Registered Supporter of the Labour Party.

As part of the process to sign up as an Affiliated/a Registered Supporter all applicants are asked to confirm the following statement;  I support the aims and values of the Labour Party, and I am not a supporter of any organisation opposed to it.

We have reason to believe that you do not support the aims and values of the Labour Party or you are a supporter of an organisation opposed to the Labour Party and therefore we are rejecting your application.

Although you may have received or may still receive a ballot paper, it will not work and if you do vote it will not be counted.

Should you wish to dispute rejection by the Labour Party you would have to submit and pursue an application to join Labour as a full member.

I am sorely tempted to appeal Labour’s decision using every tool and avenue at my disposal. Because despite the fact that I do not support the Labour Party in any way, there were absolutely no grounds for my application being rejected.

Confused? Let’s go over it again. These are the official aims and values of the Labour Party, taken from that organisation’s very own website: 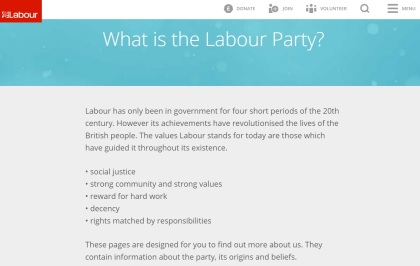 Consequently, the Labour Party is claiming to have found some evidence of me not supporting one of these key principles:

Personally, I am very curious to know which of these values they think I am seeking to subvert. What shocking evidence have they uncovered that I secretly favour divided communities with weak values? How did they rumble my dastardly plan to build a society where laziness rather than hard work is rewarded? What transgression of mine are they holding up as proof that I am ‘indecent’? And when have I ever suggested that upholding rights and matching them with personal responsibilities is a bad thing?

Because these are the only grounds on which the Labour Party can legally or morally refuse my application. The rejection email specifically states that I am being purged because they have “reason to believe that [I] do not support the aims and values of the Labour Party”. Therefore, they must have smoking gun evidence of me  going around making secret payments to people, bribing them to be idle, or burning down village halls to help destroy Britain’s communities.

Unless, that is, the fatuous, meaningless words published on the website are in fact not the values of the Labour Party after all. If the Labour Party’s values had subsequently been supplanted by new goals and ideals – secret new objectives not shared publicly on the website, perhaps because to make them known would be to alienate most of the country – then it could well be the case that I do not meet the revised criteria.

And of course that is precisely what has happened. I, and many hundreds of others, have not been assessed against the “aims and values” clearly stated on the party website. Rather, we have been judged against a harsher and altogether more arbitrary set of rules. And though it is impossible to know exactly what the real criteria are, it’s safe to say that they look something like this:

If the answer to any of these questions is “yes”, then your application has, like mine, likely ended up in the dustbin.

And if my own plight elicits no compassion, at least spare a thought for many of the hundreds of other individuals – many of them stalwart left-wingers – who have also been purged by the Labour Party. Many of them penned tear-stained letters to the Guardian complaining bitterly of their plight (and in one hysterical case comparing themselves to the betrodden inhabitants of former East Germany).

If my expulsion from the Labour Party leaves you unmoved, at least take pity on poor 90-year-old Win Francis, who was also purged by a paranoid party HQ for no good reason at all:

My mother-in-law, Win Francis, who has reached the ripe old age of 90 because of the hundreds of miles she has walked delivering leaflets for the Labour party, has just been informed she has been barred from voting, with no reason given.

She joined the Labour party in the 1960s and spent the next decades until she was in her eighties working night and day for the party. The local MP, who did not live in the constituency, stayed at her house when not in London and she was the mainstay in her local ward in Sheffield. She left the Labour party in recent years but has never joined any other party.

This is a farce. In one sense, the Labour Party were right to reject my application, but in another sense – judging strictly by the party’s own stated aims and values – they have no leg to stand on. And in other cases, such as that of Win Francis, there is no excuse at all.

Mrs. Francis had every right to rejoin the Labour party and participate in the leadership election, not thanks to some technicality (as in my case) but because she has lived and breathed Labour for most of her adult life. But according to the people doing the vetting, we are both equally harmful to the interests of the party.

As this blog recently commented, the biggest victim of the Labour Purge currently underway is the party’s own soul:

Weeding out mischief-making Tories who are only in it to harm the Labour Party is one thing, but it is quite another to use the vetting process to eliminate members who are socialist to the core, but who have done something to upset the moralising, control-freakish, middle-class clerisy who have metastasised through the Labour Party like a cancer. And yet this is precisely what is now happening with the Labour Purge.

The Labour Party has brought this chaos upon itself – their woolly, meaningless “values” are plastered all over their website for the whole world to see. But to now attempt to use these values as the acid test when determining the worthiness of new members is doomed to fail, making the whole process seem orchestrated and cynical.

I strongly  support the candidacy of Jeremy Corbyn, right up to the moment he actually wins the Labour leadership election. But if he is installed as leader, I will then target him and his left-wing policies with all of the intellectual and rhetorical firepower I can muster. Just because I believe his opinions deserve to be aired does not mean that I want them to prevail. On the contrary, I am most anxious to vanquish them once and for all on the battleground of political ideas.

So: sorry, Jeremy. I dearly wanted to vote for you – not because I agree with your policy positions or think that a Corbyn-led Britain would be a better place (quite the opposite), but rather because a country where both main political parties look the same, talk the same, recruit from the same “talent” pool and protect the same interests rapidly loses any claim to be a real democracy. That’s what is happening in Britain, and that is what my tongue-in-cheek application to join the Labour Party was all about – doing my part to restore some semblance of representative democracy to Britain.

How fortunate – and encouraging for our democracy – that most accounts indicate that my vote will not be needed anyway. 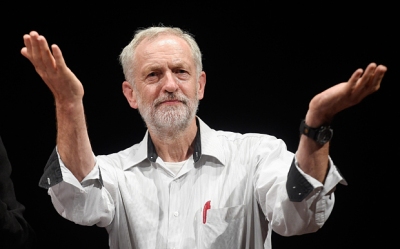 2 thoughts on “How Dare The Labour Party Reject My Application?”