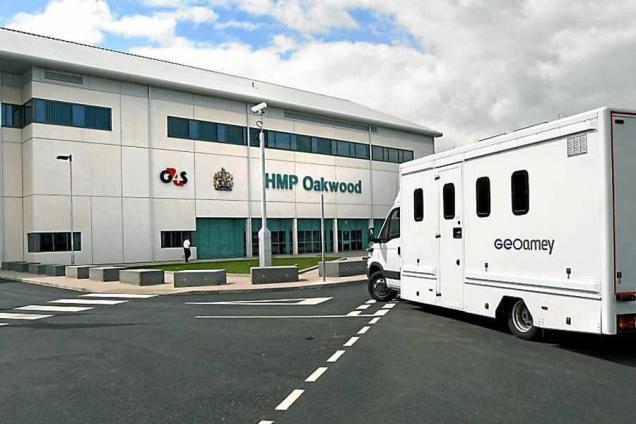 Granting private security firms the power to arrest people shows that this grasping, constitutionally illiterate Tory government does not understand what the state should and should not be outsourcing

The next step in the Tory Party’s slow suicide and abnegation of any remaining conservative principle: a leaked proposal to grant private security companies the power to arrest people, granting their employees the full suite of powers currently held by Civilian Enforcement Officers.

The Daily Mail reports on the latest thoughtless privatisation scheme to be cooked up by the government:

The proposals would allow, for the first time, staff from companies such as G4S to arrest members of the public for failing to pay fines imposed by the courts.

The plans would see HM Courts and Tribunals Service (HMCTS) privatising part of its compliance and enforcement operations in a deal worth £290million.

The measures were slipped out as a tender by the Ministry of Justice during the summer.

Under the proposals, the Government could transfer all services carried out by Civilian Enforcement Officers, who are civil servants employed by HMCTS, to the private sector.

This would include the arrest and detention of individuals who fail to pay off their debts and haul[ing] them to court.

The courts can already allow authorised agencies, including private firms, to send bailiffs to a person’s home to seize possessions to encourage them to pay debts.

But this would potentially be a sweeping expansion of the powers – covering so-called warrants of arrest, which are issued by JPs to compel an individual to attend court.

A separate justice-related proposal bubbled from the Left this week, published in the Daily Mirror, demanding the unification and centralisation all of the police forces in England, because that same creepy exercise in big government authoritarianism worked such wonders in Scotland under the SNP. But now the Tories have gone one better.

First re-opening the divisive fox hunting debate for no good reason on the eve of a general election, and now this. It’s like the Tories are actually trying to self-destruct by living up to every hysterical stereotype about conservatives ever levelled by the Left.

This is a Tory party that claims to be so concerned about fiscal responsibility that it is willing to outsource the arrest and detention of British citizens to poorly managed private companies with appalling records and an ability to screw up and commit fraud even under close oversight, all to save a paltry few million pounds, while shamefully failing to tackle the real drivers of the deficit such as welfare, healthcare and pensions.

Depriving somebody of their liberty – even only briefly, as a means to compel their attendance at court – is one of the most sacred and serious powers that we the people invest in the state. Arresting or imprisoning a citizen, depriving them of their liberty or (in extremis) compelling their draft into the armed forces are powers that could and should never be vested in private hands, outside direct control of local or national government which is directly accountable to the people. No exceptions, no excuses. This is the red line.

And it is a red line which David Lidington and the Ministry of Justice have just nonchalantly stepped on, whistling, hands in pockets, as though the Tories did not already have grave reputational issues and stand on the brink of giving power to hard Left Corbynite socialism.

The arrogance and incompetence that would motivate the Tories to even whisper this proposal are quite simply off the charts. It’s as though Theresa May’s government is effectively shouting to its critics “Fascist? Call us fascist, will ye? I’ll give ye some real fascism to worry about!”

If this proposal goes ahead, the Tory party and I are through. Not an extension of the current temporary breakup, but a permanent schism. I will work to get it cast from power and thrown into the electoral wilderness forever, and agitate for a new right-wing party take its place, one which is not stuffed full of grasping proto-fascists with pound signs in their eyes, one actually worthy of bearing the name “conservative”.