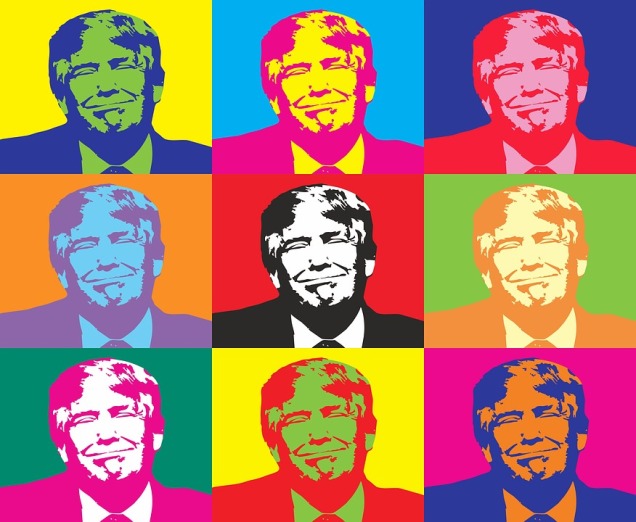 With polls showing that Donald Trump would be cruising to likely victory in November’s presidential election if only men (with whom Trump leads in the polls) were allowed to cast a vote, a depressing new hashtag – #Repealthe19 – has started trending on Twitter, advocating for the repeal of the Nineteenth Amendment granting women’s suffrage.

Deplorable? Of course. But it is also likely the handiwork of a few bored Trump-supporting trolls, and hardly representative of the millions of women and men who choose to support Donald Trump’s candidacy. Yet this will not stop commentators on the Left, politically and emotionally invested in a Hillary Clinton victory, from portraying this juvenile and offensive stunt as being part of a broader Trumpist attack on women, and extrapolating the actions of a few immature idiots to smear the character and motivations of other, innocent Americans.

As it applies to Donald Trump’s own personal behaviour, such criticism is entirely justified – by bragging that his celebrity entitles him to “grab [women] by the pussy” Trump has further highlighted an especially unsavoury aspect of his character which we should all have already been aware, and not soon forget. But while criticism of the man himself is entirely valid and even essential, we must be careful to avoid falling into the comforting trap of assuming that the many people who support Donald Trump share the same retrograde views of the candidate and/or his troll army.

a handful of crazy Trump fans start a #repealthe19 hashtag & the majority of people keep it going by complaining like it's a real movement.

In the ongoing aftermath of Hillary Clinton’s recorded comments stating that “you could put half of Trump’s supporters into what I call the basket of deplorables“, journalist Michael Tracey warns political pundits against making the mistake of tarring all Trump supporters with the same brush.

To broaden their horizons, such pundits might consider visiting some places in so-called “swing states” where Trump support is widespread, rather than just bloviating from behind their computer screens. Traversing these areas, one can’t help but bristle at Hillary’s “deplorables” theory as not only politically counterproductive, but seriously foul. She—like the pundits promoting her—has gotten the analysis totally inverted.

The real “deplorables” generally aren’t the people whom Hillary denounced as wholly “irredeemable,” or at whom economically secure commentators fulminate on a regular basis. More obviously “deplorable” are Hillary’s fellow financial, political, economic, and military elites who wrecked the economy, got us mired in endless unwinnable foreign wars, and erected a virtually impenetrable cultural barrier between everyday Americans trying to live fruitful lives and their pretentious, well-heeled superiors ensconced in select coastal enclaves. It is thanks to the actions ofthis “basket of deplorables” that we’re in the situation we’re in, where an oaf like Trump is perilously close to seizing the presidency.

At a recent Trump rally in Lancaster County, Pa., I was bemused to encounter a coterie of local Amish people who’d traveled there together by bus. Asked why they backed Trump, the overwhelming response was that Amish folks just wanted to preserve their traditional way of life (which they saw as under siege) and perceived Trump as enabling them to carry on with it. Some told me they supported Trump not because of some overweening disdain for their nation’s fellowmen, or immigrants, or even coastal liberals, but because they felt that the federal government was intruding on their ability to properly run their small farms.

This also holds true in Lewiston, Maine, where Trump is favored to win the 2nd Congressional District and therefore at least one (potentially crucial) electoral vote. (Maine and Nebraska allocate their electoral votes by congressional district.) Lots of Franco-Americans populate this area, and many old-timers still speak French with a distinctive Central Mainer dialect. (Often it comes out when folks get inebriated at the bars in town.) When I visited recently, everyone basically had the same story: mills use to be the lifeblood of the local economy and by extension its civic institutions. Once the mills inexplicably shuttered, these workers lost their sense of location and community. Social-club memberships dwindled; parades and marches down the main thoroughfare became less of an attraction. There’s just not a hell of a lot going on nowadays, except Patriots games on TV, drinking, and drugs. Anybody with the means usually either bolts for relatively more prosperous Bangor to the north, or south to Boston and beyond.

Are the people who live in Lewiston really “deplorables”? Most of them like Trump, but they’re not the ones who crashed the economy or agitated to invade Iraq, as Hillary did.

Again: perhaps the true deplorables are the unaccountable elites whose decisions directly worsened life for millions of Americans. Oddly, you never hear Hillary running around to high-roller fundraisers condemning Goldman Sachs for their deplorable conduct; maybe that’s because they’ve directly given her and Bill hundreds of thousands of dollars for “speeches,” excerpts of which finally came out last Friday and are just as degenerate as you’d expect. (Goldman banned partners from giving money to Trump’s campaign, but handing over cash to Hillary is still perfectly fine.)

Maybe the Amish of southeast Pennsylvania or the Franco-Americans of central Maine don’t use the correct Twitter hashtags or subscribe to Lena Dunham’s newsletter, but they’re still good people with normal ambitions for a happy, secure life. Screeching “deplorable!” at them is itself deplorable, especially because it lets the elites who bungled the country’s affairs off the hook.

This is my assessment too. There is a world of difference between some of Donald Trump’s most prolific (and obnoxious) social media supporters and the quiet men and women of middle America who see him as preferable to a President Hillary Clinton. You can argue (as this blog does) that these people are wrong, and that they are attaching their hopes and dreams to the wrong champion in supporting an egotistical authoritarian like Donald Trump. But they in no way, shape or form can they be described as “deplorable”.

Many of these people work hard, for stagnating pay which dooms them to falling living standards scarcely comprehended by the coastal journalists who scorn them. They raise families, attend church, give to charity, serve in the military. Sure, they might not be steeped in the latest fastidious trends of social justice or identity politics, but very few of them could be described as being full of hate.

Last Christmas, while we were back Stateside with my wife’s family in McAllen, Texas, I was perusing the shelves at Costco or Sam’s Club when I noticed Donald Trump’s new book “Crippled America: How To Make America Great Again” staring up at me from the bargain bin. Noticing me notice the book was a kindly-looking old man who wandered over, pointed at the volume in my hand and said, without a note of hesitation in his voice, “that man will save America”.

I had the briefest of conversations with him. Was this man an overt racist, sexist or homophobe? It certainly didn’t appear so, as far as I could tell. The baseball cap he was wearing suggested that he was a veteran, while his general appearance suggested that perhaps he was not brimming over with disposable income. And oh yes – like many people in that part of the country, he was Hispanic. Maybe that accounts for the strength of Clinton’s seething contempt toward members of her taken-for-granted minority constituencies who refuse to “see the light” and support her.

You can call this man deplorable if you will. Hillary Clinton has already preemptively labelled him so. Perhaps he is not quite “irredeemable“, though. Perhaps, like the African American protester she had thrown out of her rally the other day, by virtue of being a minority he might get away with merely being followed home and re-educated to better appreciate everything that Clinton is doing for him.

But the Hillary Clinton campaign and the American political elite in general are making a grave mistake if they assume that Donald Trump’s noisiest and most obnoxious cheerleaders on social media are representative of that beleaguered rump of Middle Americans who see him as their only route of escape from a status quo which has profoundly failed them.

Clinton has suggested that Trump supporters who repeat the “Make America Great Again” campaign slogan are somehow being unpatriotic for effectively suggesting that America is not already great. And if you are a typical Clinton supporter, perhaps your America is unquestionably great, delivering bountiful career opportunities and a consistently rising standard of living for you and everyone you know. But many others are less fortunate. In fact, the version of America which confronts many Trump supporters each and every day is significantly less “great” in nearly all of the ways which matter most to someone struggling to get by.

And these people deserve better than to be scorned and preemptively written off by the likely next president of the United States. 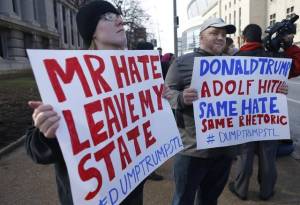 11 thoughts on “The Real Deplorables”