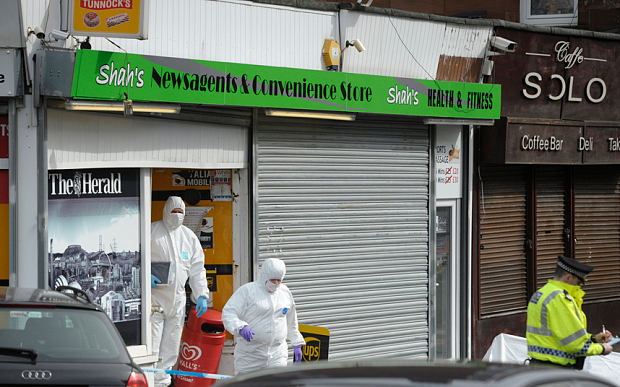 The cold blooded murder of Muslim shopkeeper Asad Shah this week is further proof, if any was needed, that primitive, reactionary Islamist thugs are just as much a danger to law-abiding, patriotic British Muslims as they are to anyone else in this country.

The Telegraph summarises the tragic murder of Asad Shah:

A popular shopkeeper was stabbed to death by another Muslim in a “religiously prejudiced” attack hours after posting an Easter message on Facebook to “my beloved Christian nation”.

Asad Shah, 40, a devout Muslim originally from the Pakistani city of Rabwah, had his head stamped on during a savage attack, according to one eyewitness.

“Let’s follow the real footstep of beloved holy Jesus Christ and get the real success in both worlds.”

It was later confirmed by the police that a man has been arrested in connection with Shah’s death, and that it is being treated as religiously motivated.

This should come as no surprise to anyone. Islamist extremists – whether acting in coordinated fashion or as lone wolves – cannot abide the idea of religious and cultural understanding, or of a strain of Islam which seeks peaceful coexistence and cooperation with its neighbours. They want holy war. And just as this leads them to commit terrorist acts like those in Paris and Brussels as an attempt to create a broader anti-Islam backlash and inflame tensions as an effective recruiting tool, so it also urges them to carry out reprisals against those Muslims who conspicuously reject the Islamists’ violent ideology.

The real tragedy is that too many politicians – with their blind devotion to unchecked multiculturalism as a positive end in itself – have actively made it harder for more people like Mr. Shah to emerge. Doggedly insisting that any culture is above criticism or reproach, as many apologists do, only encourages the British population to stratify into parallel “separate but equal”communities, without even the most basic fundamental values tying us together. And by all accounts, this is the very opposite of what Asad Shah wanted.

This peaceful, devout Glaswegian shopkeeper was murdered in cold blood by primitive, fundamentalist thugs who betrayed Islam and the peaceful majority of its adherents with their cowardly actions. But Shah was also betrayed by his own government, and a generation of politicians who sought to burnish and show off their tolerance credentials while the seeds of Britain’s own radical Islamist threat slowly took root.

As Rod Dreher wrote in his eloquent eulogy to Shah from across the Atlantic:

Asad Shah is with our Creator today. I am confident of that. Please, Christians, wherever you are this Easter weekend, pray for the soul of a righteous man, murdered for his compassion and love of mankind.

Remember, too, that if you condemn all Muslims over the bloodthirsty killers of ISIS, you also condemn this good man Asad Shah, may his memory be eternal.

May God bless the soul and the memory of Asad Shah, a man whose own life proved that religious identity can indeed blend harmoniously with a strong national identity, and whose bright example was extinguished far too soon. 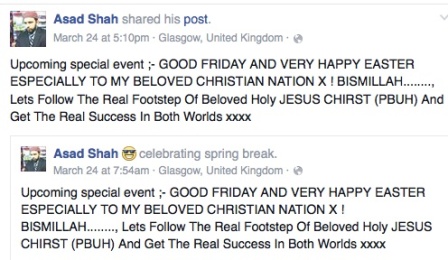