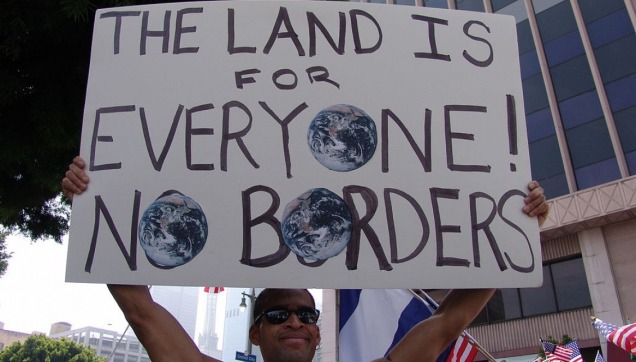 So the Trump administration has now released its proposal for agreeing to grant legal status to the young illegal immigrants brought to the United States by their parents known as the Dreamers, potential beneficiaries under the threatened Deferred Action for Childhood Arrivals (DACA) program.

The list of concessions requested of the Democrats in exchange for normalising the immigration status of nearly one million people includes approving the much talked-about border wall with Mexico, hiring more Customs & Border Patrol agents, cracking down on “chain migration”, toughening asylum laws and the denial of federal grants to so-called “sanctuary cities” which deliberately limit their cooperation with federal agencies on matters relating to immigration enforcement, even when the administrative burden of doing so is minimal.

Aside from the construction of the wall – a silly waste of money given that many illegal immigrants are visa overstayers and not border jumpers, construction would damage a number of conservation areas and require the compulsory purchase of huge tracts of private land while Mexico has no intention of paying for the thing despite rash promises made by President Trump – these proposals fall into a category which might reasonably be called “perfectly sensible measures to protect the border and immigration rules of a modern, sovereign nation state”.

Of course, the Left sees it entirely differently. The New York Times bleats with alarm:

While it is unclear whether Mr. Trump views the demands as absolute requirements or the beginning of a negotiation, the proposals, taken together, amount to a Christmas-in-October wish list for immigration hard-liners inside the White House. Immigration activists have long opposed many of the proposals as draconian or even racist.

The demands were developed by a half-dozen agencies and departments, officials said. But among the officials behind the demands are Stephen Miller, the president’s top policy adviser, and Attorney General Jeff Sessions, both of whom have long advocated extremely aggressive efforts to prevent illegal entry into the country and crack down on undocumented immigrants already here.

The demands represented a concerted effort to broaden the expected congressional debate about the Dreamers to one about overhauling the entire American immigration system — on terms that hard-line conservatives have been pursuing for decades.

In a letter to lawmakers, Mr. Trump said his demands would address “dangerous loopholes, outdated laws and easily exploited vulnerabilities” in the immigration system, asserting that they were “reforms that must be included” in any deal to address the Dreamers.

Democratic leaders in Congress reacted with alarm, saying the demands threaten to undermine the president’s own statements in which he had pledged to work across the aisle to protect the Dreamers through legislation.

The New York times is quick to define the range of views on immigration which can be described as “hard-line conservative”, but they are noticeably silent on what would constitute a hard-line leftist position on immigration reform.

One can only determine something to be hard-line conservative if one has a birds-eye view of the entire spectrum of opinion, so presumably the New York Times knows that the hard-line leftist position on immigration – the stance with which the Trump administration must negotiate – advocates fully open borders and immediate amnesty for almost anyone who manages to set foot on American soil and declare their intention to permanently remain there. Yet the Times never makes this clear to its readers, who know all about the Evil Conservative position but are not even encouraged to think specifically about what the “liberal” alternative should be.

This is entirely deliberate – the leftist worldview knows that its position on immigration, the nation state and other issues would presently be repellent to a majority of Americans if spoken out loud. Therefore, they try to circumvent public opinion and achieve their ends by riding a wave of whipped-up anger and misunderstanding of conservative positions rather than boldly and unambiguously setting out their own wish-list of demands. Thus they hope to push America toward an irreversible, de facto open borders situation without ever having to utter the words or suffer the political consequences. You might call this smart politics and an astute strategy. But it is also rank cowardice, and perpetuates a fraud on the American people.

The true extremism of the Left’s unspoken stance on immigration can be seen in their reaction to the Trump administration’s proposals. When the Trump administration first stirred outrage and condemnation by declaring his intention to end the DACA program, most Democrats and others on the Left immediately started posturing as brave defenders of vulnerable “undocumented” people, the Dreamers’ last line of defence against an evil, racist Republican attack. One would therefore think that given that the Dreamers are supposedly the top priority of the American Left, they would agree to any compromise on immigration which promised to enshrine the permanent legal status of these people.

The Administration can’t be serious about compromise or helping the Dreamers if they begin with a list that is anathema to the Dreamers, to the immigrant community and to the vast majority of Americans.

We told the President at our meeting that we were open to reasonable border security measures alongside the DREAM Act, but this list goes so far beyond what is reasonable.  This proposal fails to represent any attempt at compromise.

The list includes the wall, which was explicitly ruled out of the negotiations.  If the President was serious about protecting the Dreamers, his staff has not made a good faith effort to do so.

The statement conveniently ignores the fact that the Trump proposal would give the Dreamers exactly what they wanted – a pathway to permanent residency in the United States, and freedom from gnawing, perpetual uncertainty over their futures. The Democrats’ issue is not that the proposal fails to “help the Dreamers”. Their issue is that they do not get any of the many other things on their leftist immigration wishlist along with the bargain.

But that doesn’t sound quite so noble in a statement. In fact, it sounds rather grasping and selfish. So from a PR perspective it is much better to prance around pretending that the proposal is some kind of grave insult or threat to the sympathetic Dreamers, when in fact the proposal would give the Dreamers exactly what they want but leave Chuck Schumer and Nancy Pelosi empty-handed when it comes to their desire to further erode national borders. The public are far more likely to support Dreamers who they have been told are being threatened than they are to come out in defence of the Utopian open-borders fantasies of leftist academics, politicians and donors.

And since when has a policy being “anathema” to non-citizens without the legal right to reside in the United States been considered sufficient cause to reject it out of hand? Will the Democrats cheerfully go to bat for me if I, a British citizen, decide to take offence at US fiscal or education policy? It hardly seems likely. Is it not enough that this immigration compromise (flawed though it may presently be because of the administration’s insistence on an ineffective wall) would ensure the legal status of Dreamers? Apparently not – because even though it would assuage their primary concern about the risk of deportation, increased border security is apparently anathema to Dreamers and the “immigrant community” for whom the Democrats arrogantly claim to speak.

Debate about the merits of the wall aside, the present impasse is being fuelled almost entirely by Democrats and those on the Left, insistent as they are on getting 100 percent of what they want, despite controlling neither the White House or either house of Congress. They claim to care about the Dreamers, but ultimately are willing to throw every last one of them under the bus by walking away from negotiations unless they are able to extract something further from the Republicans to aid in their push for fully open borders.

And if this accusation sounds harsh, let it be refuted in detail by the American Left. Let them publicly state even one restriction that they would be happy to keep or impose in the name of border security or immigration control, instead of prancing around and flaunting their boundless compassion. Even if Donald Trump and the Republicans were negotiating in a genuine spirit of compromise and good faith – which I will concede is unlikely, based on past behaviour – how can agreement possibly be reached with a side which denounces any attempt to enforce the border as “racist” and conspicuously fails to articulate its own preferred outcome?

After having seen conservatives criticised endlessly by the Left for supposedly using young illegal immigrants as political pawns, what is shocking here is that it is Democrats, not just Republicans, who appear willing to hold the fortunes of Dreamers hostage in attempt to get their way on immigration reform.

If the Democrats actually wanted to do the right thing by Dreamers instead of cynically using them as an emotional prop for their argument, they would hammer out a deal with Donald Trump which conceded to all of the administration’s demands with the exception of the wall, and come up with some compromise there involving the strengthening of fencing and electronic border surveillance. But they won’t. The Left would rather screw the Dreamers and hold out for 100 percent of what they want rather than agree to a compromise which enhances future immigration control in any way.

And this is the uncomfortable truth: For some on the Left, the Dreamers are not people to be sincerely sympathised with and helped toward legal status, but merely a convenient resource to be exploited in the service of achieving their ultimate goal of open borders.

This is not smart politics. And it certainly ain’t compassion for the “undocumented”, either. 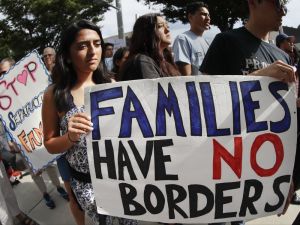