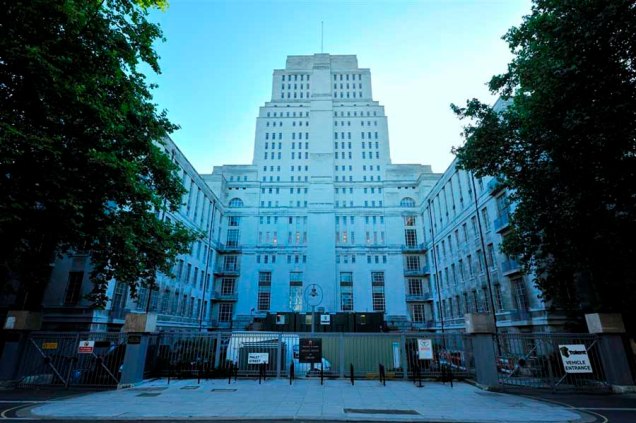 On June 6, hundreds of people will gather at London’s Senate House as a parade of actors, politicians and other notables read George Orwell’s dystopian novel “Nineteen Eighty-Four” in its entirety. But how many of us actually understand Orwell’s message?

Besides a few posts on Twitter, I haven’t written anything about the heinous Manchester terrorist attack. What more is there to say? The locations change, as do the names and backgrounds of the victims, but the rote mourning processes, the denialism and the furious virtue-signalling always remains the same. Why jump into that toxic mêlée all over again?

But I did watch the BBC general election leaders’ debate on television earlier this week, when naturally the subject of terrorism and Britain’s proper response came up, and I was depressed as ever by the paucity of the “discussion” that took place.

Brendan O’Neill picked up on the section of the debate which also caught my attention, writing in Spiked:

Consider BBC TV’s General Election debate this week, which brought together leading figures from the main parties to talk about the problems facing Britain. There was an extraordinary moment during the debate. A member of the audience asked a question about security post-Manchester and the leaders talked about the need for better policing and intelligence and also for rethinking British foreign policy. It is possible, said Labour leader Jeremy Corbyn and SNP deputy leader Angus Robertson, that our meddling overseas has exacerbated the terror problem.

Then UKIP leader Paul Nuttall chimed in, and he said this: ‘Politicians need to have the courage to name [the problem]: it’s Islamist extremism.’ The reaction was swift and pretty scary. Nuttall was jeered at by the other panellists. ‘NO!’, one said. ‘Paul, Paul, Paul, Paul’, interjected Lib Dem leader Tim Farron. Nuttall has gone ‘straight for Muslims’, said a furious Robertson. Green leader Caroline Lucas said Nuttall was being ‘completely outrageous’ with this suggestion that ‘the violence in Manchester was somehow representative of Islam’.

Nuttall tried to explain himself. ‘Islamism, Islamism, Islamism’, he said over the din that his comments provoked. His point was that he had not said the word ‘Islam’. He hadn’t even used the phrase Islamic terrorism; he had said Islamist extremism. But his protests went unheard. The other leaders and some in the audience continued to shout over him and drown him out; to accuse him of being outrageous and prejudiced for using the phrase ‘Islamist extremism’.

This is an almost Orwellian level of linguistic denialism. For ‘Islamist’ is a perfectly legitimate and apt word for the terrorism that is impacting on cities in Western Europe. The Oxford dictionary’s definition of ‘Islamist’ is an ‘advocate or supporter of Islamic militancy or fundamentalism’. Is this not the right name for those in Paris, Brussels, Nice, Manchester and elsewhere who have carried out extreme acts of violence in the name of the Islamic State or radical Islamist ideology? To boo and demonise Nuttall for using the word ‘Islamist’ to describe those who blow themselves up in the name of ISIS is as nuts as it would be to boo and demonise someone for saying Oswald Moseley was a fascist: these are simply the correct words.

The response proved Nuttall’s point, which was that few politicians have the nerve even to say the word ‘Islamist’, even though it’s a political term in the actual dictionary. This live-TV pummelling of Nuttall for saying ‘Islamist’ really confirmed what the accusation of Islamophobia is all about today: it isn’t about protecting Muslims from genuine prejudice or abuse but rather has become a means for suppressing difficult political and moral questions about our society, its values and the divisions that exist either between communities or within them. That someone can be called ‘outrageous’ and anti-Muslim for using the phrase ‘Islamist extremism’ shows how deep and worrying our instinct to silence discussion about terrorism has become.

There isn’t much I would add to Brendan O’Neill’s warning, except for this: on 6 June, there will be a live public  reading of the entirety of George Orwell’s “Nineteen Eighty-Four”, given at London’s Senate House. There has of course been a significant spike in interest in reading 1984, driven predominantly by people who believe that Brexit and the rise of Donald Trump herald the end to what was apparently a Utopian liberal era, and the start of an unprecedentedly authoritarian dystopian future.

The new converts to George Orwell seem to believe either that the architects of these particular geopolitical events used 1984 as some kind of How To guide, or that they themselves might find some clues within the novel to aid their survival during the coming apocalypse.

But here’s the thing. I’ll wager all the money in my pocket that many of the people who show up to this public reading of 1984, or who watch the live stream, will be the same people who never really had much to say about civil liberties violations in the War on Terror (at least when Democratic presidents and Labour prime ministers were in charge), or about the extra-judicial killing of American citizens by drone strike under Barack Obama.

I’ll wager that many of them will have said nothing when their fellow citizens have been tried and imprisoned for singing songs, writing offensive signs, asking impertinent or stupid questions, posting “offensive” tweets or expressing conservative religious views in the town square.

But I’ll also wager that a fair number of them will have reported posts that they found “offensive” on social media in an attempt to get the offending statements removed and the posters banned. I’ll wager that many of the younger student types will have called for The Sun and The Daily Mail to be banned from their university campuses, and for their Students Unions to stop playing certain songs with “problematic” lyrics. I’ll wager that they were the first to demand that boxer Tyson Fury be banned from boxing for holding the wrong views on family values, and to call for attention-seeking ex-LBC radio host/troll Katie Hopkins to lose her job last week.

And I’ll wager that a good number of these 1984 listeners, fearless young defenders of society against creeping authoritarianism that they are, will have cheered along when Tim Farron, Angus Robertson, Caroline Lucas and the rest of the lefty nodding head brigade ripped into Paul Nuttall for the high crime of correctly identifying the deadly ideology which killed 22 young people at an Ariana Grande concert, maiming 116 more.

I’m sure their hearts just swelled with pride and warm affirmation as their left-wing political heroes put that nasty, evil brute Paul Nuttall in his place and shouted down his vile, dangerous hate speech. I bet they sincerely believed that doing so was a great victory for Hope over Hate, that this was how society should best respond to terror attacks. By furiously avoiding looking at the source, assigning the blame to unidentifiable random “evil”, singing some John Lennon and angrily vilifying anybody who dared to react in a different way (such as by looking to identify and name the real problem so that it might be tackled and reduced).

And hearts aglow with courage and moral righteousness, many of these same people will assemble at the foot of London’s Senate House on June 6 and fortify themselves by listening to George Orwell’s stern literary warning about the dangers of groupthink, thoughtcrime, Newspeak and censorship, utterly oblivious to the fact that they are actively serving as advance guard to the Ministry of Truth. 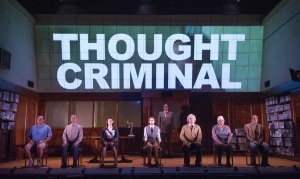 7 thoughts on “George Orwell’s “1984” Will Receive A Public Reading In London – But Have We Forgotten The Message?”