Accustomed to getting their own way and furious at being thwarted by mere democracy, the political elite are responding to recent setbacks by doubling down on behaviours which could soon see them swept away completely

One would be hard pressed to find a better charge sheet against the British political elite – and explanation for the populist backlash currently being felt by every well-manicured and over-rehearsed politician in the country – than the one recently laid out by Charles Moore in The Spectator.

Moore writes, in explaining why he is now “cheering for the populist right”:

It may sound Marxist to say this, but I do think the elites have constructed a world order which serves their interests, not those of their subject populations. You see it in little things, like the fact that European commissioners, when they leave their posts, receive enormous ‘transition’ payments (it was reported that Peter Mandelson got £1 million) on top of their salaries and pensions. You see it in big things, like the fact that nearly half the young people of Spain, Italy and Greece have to go without jobs in order to enforce Germanic theories about central banking and Brussels doctrines about European integration.

In the second half of the 20th century, the huge projects to which the western world bent its mind more or less worked — the Marshall Plan, Nato, the United Nations Security Council, even the European Community, when it had only six members. What are the equivalent achievements in the 21st century? A pseudo-virtuous climate change agreement reached only because its members know it won’t be observed. A banking crisis resolved in the interests of bankers. A threat from Islamist terrorism which the outgoing President of the most powerful nation on earth still cannot admit even exists.

It does sound a little Marxist to talk about the elites in this way, as Charles Moore fears, until one remembers that with our decaying institutions and system of crony capitalism, the best and most able to serve the marketplace of goods, services and ideas are no longer the ones rising to the top. Therefore, to criticise them is not to criticise capitalism or the free market, because if you were to strip away the privilege of those at the top of the political, legal and commercial worlds and force the inhabitants to fight their way back up to the top from a level playing field, most of them would be living on the streets within a year. This is the dismal calibre of people we now allow to rise to the top of our society; to criticise them is not Marxist, it is to yearn for some semblance of a meritocracy.

The response of elites to their failures is too often to stigmatise the people who complain. Those who protest at immigration levels ten times higher than 30 years ago are treated as racists. Even the ballot box itself is seen as ‘populist’. Remainers argue that the referendum issues were ‘too complicated’ for voters. They seem actively to dislike the idea that our nation should once more be governed by its elected representatives. Having failed electorally, they turn to ‘lawfare’ — preferring a case before the Supreme Court to the direct implementation of what Parliament handed to the people to decide. Voters now believe that their rulers really do not like them very much, so the feeling becomes mutual.

Yes, a thousand times yes. And it is hilarious watching tone deaf politicians openly disparage the same parts of the electorate that they will be sucking up to in futility when the next general election rolls around. Most people possess a base level of social awareness. They know when they are being looked down upon, or worse, mocked. The experience shuts ears and hardens hearts against future persuasion. That so many MPs and commentators still do not realise this is a testament to the low calibre of people we have allowed to rise to the top of the political and journalism worlds.

Consider: Ed Miliband fought the 2015 general election on the premise that David Cameron and the Conservative Party were evil, far-right ideologues. Many respectable people who voted Tory in 2010 did not take kindly to the Labour Party suggesting that they were aiding and abetting evil, and now you can find Ed Miliband on the backbenches, giving forgettable speeches to a half empty Commons chamber. And yet the lesson has not been learned – many politicians now calling Brexit a calamity and deriding Brexiteers as either malevolent racists or useful idiots will be asking those same people for their vote in 2020 (or sooner). You don’t need to be Nostradamus to figure out how the electorate is likely to respond.

In this respect, the culture war matters. You cannot go on saying that white straight males are brutes without eventually annoying them (and even a significant proportion of what John Prescott used to call their ‘womenfolk’). The cultural signals from the powerful are almost unthinkingly hostile to majority populations. This month, to take a minor example, a report into ‘diversity’ in the theatre commissioned by Andrew Lloyd Webber reported (reusing a phrase from Greg Dyke years ago) that it is ‘hideously white’. Why should the dominant racial characteristic of all western societies be considered ‘hideous’? If you said that anything was ‘hideously black’ you would (rightly) be shunned by polite society. Such asymmetry inspires revolt. The rise of Trumpery shows that the right has learnt a tactic of the left, which is to play up grievance to get power, money and attention. Grievance politics is extremely unattractive, but if western societies no longer deliver rising general prosperity and disrespect the people whom they are failing to serve, what do you expect?

And yet the Left continues to push aggressive multiculturalism and identity politics, even seeking to thwart Brexit so as to continue working towards their goal of undermining of the nation state.

This is dangerous. As Michael Lind once remarked, “the loyalties that succeed national solidarity are likely to be narrower, not broader”. Focus on individual racial identities, undermine the nation state, undermine Britain and any healthy sense of national identity and purpose we might otherwise have, and we very quickly descend into a jealously competing confederation of special interest groups, each one claiming some special victim status and viewing itself as oppressed by the others.

The Labour Party, which has long served the elites rather than the working man or woman, is currently in the process of falling down a chasm of their own making, between people who recognise and oppose this danger (their rapidly diminishing working class vote) and those who choose to remain blithely ignorant because they are not presently feeling many negative consequences (the virtue-signalling middle class clerisy). Both groups are coming to hate and scorn one another, yet Labour needs both to turn out in sufficient numbers if they are ever to win a general election again.

But indulge the populist side and the elitist side becomes enraged, and vice versa. Try to fudge the issue by making half-hearted gestures to each side (like Labour’s immigration coffee mug) and it alienates one side while failing to persuade the other.

In fact, populism vs elitism is rapidly becoming the new axis of our politics, which is a shame. There should be no question that when the interests and attitudes of the elite turn stridently against those of ordinary people, we should side with the ordinary people against the elites. That does not mean adopting every daft populist idea that comes along, but by actually taking into account the hopes, concerns and aspirations of ordinary people in regular policymaking we might hope to avoid finding ourselves in another situation where so many people see the likes of Donald Trump or Nigel Farage as their only salvation.

In other words, a certain amount of populism should be hardwired into our politics, so that it does not fester unseen and then break free to dominate proceedings and create destabilising uncertainty. The left vs right, authoritarian vs libertarian arguments remain far more interesting than the populism vs elitism shouting match, but it is currently being overshadowed as we debate idiotic questions like whether or not the wisdom of a powerful elite ought to cancel out the result of a national referendum. When we disagree about such fundamentals, worrying about what the government does and does not do for its citizens inevitably rather takes a back seat.

Moore concludes that “if, in a parliamentary democracy, the elites and the voters markedly diverge, one must surely bet that the elites are likelier to be wrong”. And the elites certainly have been short-sighted, self-serving and often outright wrong on a parade of key issues.

The political elite have perhaps one last chance to check their arrogant and selfish behaviour before they trigger an even bigger backlash, and things start to get really bad. 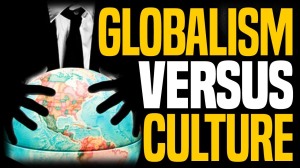