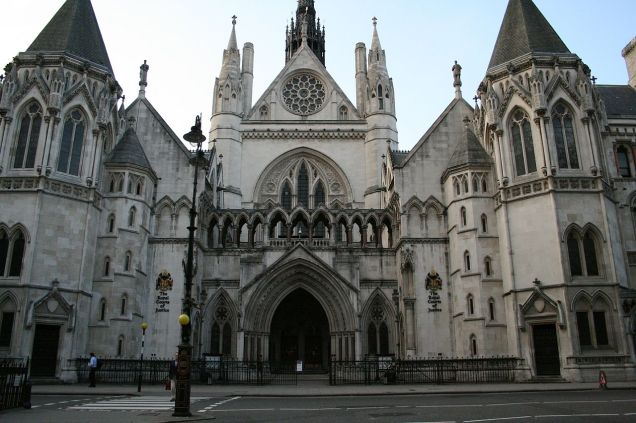 So as was always a possibility, the High Court has ruled that the government does not have the authority to initiate Britain’s secession from the EU by invoking Article 50 of the Lisbon Treaty without first winning a vote in Parliament.

Parliament alone has the power to trigger Brexit by notifying Brussels of the UK’s intention to leave the European Union, the high court has ruled.

The judgment (pdf), delivered by the lord chief justice, Lord Thomas of Cwmgiedd, is likely to slow the pace of Britain’s departure from the EU and is a huge setback for Theresa May, who had insisted the government alone would decide when to trigger the process.

The lord chief justice said that “the most fundamental rule of the UK constitution is that parliament is sovereign”.

A government spokesman said ministers would appeal to the supreme court against the decision. The hearing will take place on 7-8 December.

The lord chief justice said: “The court does not accept the argument put forward by the government. There is nothing in the 1972 European Communities Act to support it. In the judgment of the court, the argument is contrary both to the language used by parliament in the 1972 act, and to the fundamental principles of the sovereignty of parliament and the absence of any entitlement on the part of the crown to change domestic law by the exercise of its prerogative powers.”

Unless overturned on appeal at the supreme court, the ruling threatens to plunge the government’s plans for Brexit into disarray as the process will have to be subject to full parliamentary control.

Starry-eyed, anti-democratic campaign group New Europeans are naturally delighted by this development, which they see as the first step toward overturning/ignoring the EU referendum result and ploughing on as though their hateful and spurned vision of a federal continental union had not just been summarily rejected at the ballot box.

Moments ago this cautiously triumphant missive from New Europeans pinged into my inbox:

This only adds to the political challenges for those of us who are determined to stop Brexit come what may.

If Theresa May decides to call an early election as a result of the legal challenges, we will find ourselves with a new parliament elected with a huge Conservative majority and a parliamentary mandate to deliver Brexit.

In this scenario, there will be no chance of a second referendum on the deal. Britain will be out of the EU in no time and there will be no way back. The best we could do would be to secure safeguards for EU citizens already here and Brits in Europe through our campaigning in Brussels.

On the other hand, if Theresa May is able to start the negotiations and bring the deal back to the current parliament, it is plausible that she will not be able to carry a majority for her Brexit deal, particularly if it is a hard Brexit deal (as seems likely), the cost of which will be truly “titanic”.

Failure to secure a parliamentary majority on a Brexit deal will mean a new election and provides the opportunity for a second referendum on whatever deal she negotiates. That would not be a referendum like the last one on the question “Do you like migrants?”. It will be a referendum on the cost of Brexit and I predict that the public will vote over-whelmingly to stay.

There is a huge job to do if we are serious about stopping Brexit. One of the key arguments in the legal challenge must continue to be the focus of our campaigning. It is not acceptable for the government to remove the individual rights of citizens by way of a referendum.

The rights that EU citizens – and all British citizens are currently EU citizens- will lose on Brexit mean that from a legal, moral and political point of view Brexit should not be allowed to go ahead.

From a moral point of view? When will these preening, sanctimonious euro-moralists get over themselves?

Meanwhile, Pete North takes the news in his stride:

The government will appeal. I’m pretty relaxed about it to be honest. The vast majority of Tories will fall in behind May and Article 50 will pass even if it scrapes a majority. There is no question of it not being invoked. The main sticking point will be a parliamentary demand that Mrs May pursue membership of the single market which she is in all likelihood planning on doing anyway. Why they are bothering I don’t know since Mrs May can make no guarantees. If they do manage to block it by some obscure means then they are basically signing their own death warrants and I think they know this. No MP would ever be safe in public again. From an anti-establishment perspective either suits me fine. If they want to spit on Brexit then they are basically declaring open war on the public. That’s a battle they lose every time.

I’m inclined to agree. Any Remainer celebrations are premature in the extreme. Even assuming the government loses its appeal to the Supreme Court (and unlike some angry Brexiteers I do not claim to be enough of a British legal scholar to know whether or not the case deserved to win on its merits), Parliament would almost certainly not stand in the way of the referendum result, no matter the posturing of some pro-EU MPs.

I don’t really remember the Poll Tax riots toward the tail end of Thatcher’s government. I mean, I remember seeing stories about it on the news, but since I was only eight years old the political ramifications of what I was seeing rather eluded me. But despite my hazy memory, I think it is safe to say were MPs (and it would have to include many Labour MPs representing constituencies which voted to leave the EU) to vote against giving the government authority to invoke Article 50, the resulting conflagration would make the Poll Tax riots look like a summer picnic on Hampstead Heath.

Never mind the constitutional ramifications, and the bizarre state of limbo into which Britain would fall, caught between an instruction from the people to secede from the EU and the petulant demand of MPs to remain. That is nothing compared to the wave of fire and fury and civil disorder that would (rightly) be unleashed upon Parliament, the political class and those MPs responsible.

Now, in our benighted age it is true that we suffer a number of MPs of less than exceptional intelligence and ability. But even the slowest of the crop are capable of grasping that when push comes to shove, they do not want their final act on Earth to be telling the British people, including many of their own constituents, to go to hell – that we should pipe down, forget about independence from the EU and meekly listen to the instruction of our superiors.

Let the legal process unfold as it may. If putting the ball back in Parliament’s court  gives Remainers who now suddenly fetishise British parliamentary sovereignty (after having been happy to watch it relentlessly undermined through our years of EU membership) a furtive thrill, or helps to shore up their denial, then so be it.

They will find the survival instinct of the British political system is much stronger than their ongoing child’s tantrum about being parted from their beloved European Union.