In the course of an interesting interview with the Guardian’s Decca Aitkenhead promoting his new novel “Nutshell”, author Ian McEwan digresses on the subject of identity politics.

From the feature article:

“Where I get a little critical of it is where selfhood becomes all of your politics, in a world in which we are more troubled than at any point I can remember in my adult life.”

Do identity politics look like decadent narcissism to him? “It feels like that, coming to the university aspect of it. These children have grown up in an era of peace and plenty, and nothing much to worry about, so into that space comes this sort of resurgence that the campus politics is all about you, not about income inequality, nuclear weapons, climate change, all the other things you think students might address, the fate of your fellow humans, migrants drowning at sea. All of those things that might concern the young are lost to a wish for authority to bless them,” he says, “rather than to challenge authority.”

Doesn’t that just perfectly sum up the Cult of Social Justice and Identity Politics? A generation of students raised at a time of great material abundance, peace and prosperity arrive at university to find most of the great injustices of the past already slain by previous generations of campaigners. Bereft of purpose but still feeling the strong student urge to embrace a cause, they crank up their sensitivity settings to perceive any slight or inequity, however small or unintentional, to be evidence of the systematic oppression of one or more classes of prescribed victim groups.

McEwan’s last sentence is particularly profound – the idea that today’s young people no longer rail against authority in the way that student activists of old did, but rather make tear-stained appeals to authority figures to intercede on their behalf. This is the victimhood culture, clearly distinct from an honour culture (which would encourage the individual to stand up to minor sleights or “microaggressions” and confront the issue themselves) or a dignity culture (which would only sanction involving authorities in case of grave injury).

In contrast with honour cultures and dignity cultures, victimhood culture encourages the individual to exaggerate their own vulnerability and the “harm” which other have inflicted in them through careless words or gestures, and to seek redress from external authority figures not as a last resort but as the first and default option.

Sadly, our generation is primed for this culture. We millennials have often been raised from birth to believe that we are unique, precious and perfect snowflakes worthy of praise and validation from dawn til dusk, that sticks and stones may break our bones but mere words can kill us stone dead, and that there is no greater goal in life than self-actualisation – living life according to our every passing whim, based on an “identity” we create for ourselves which is declared by Social Justice Warriors to be above any questioning, reproach or criticism.

In fact, I’m certain I made the very same point as Ian McEwan on this blog not long ago:

This is an attempted coup by an utterly coddled and spoiled generation of students who know almost nothing of hardship, deprivation or prejudice compared to their predecessors even just a few decades ago.

These tinpot student dictators arrive on campus at the age of eighteen to find most of the really hard battles already won for them – ironically, by genuinely brave radicals like Germaine Greer and Peter Tatchell. But these students must find some outlet for their youthful “idealism”, and so they latch on to the growing Politics of Identity, assimilating its intricacies and genuinely persuading themselves of its core message – that what matters is not the content of one’s character, but rather one’s arbitrary lived experience as a member of a defined and segregated subgroup.

And so rather than simply accepting that they have it rather good, even compared to their parents and grandparents, these student snowflakes go on the march. They find ever-smaller slights or “microaggressions” and protest them ever-more loudly and hysterically in an attempt to assert power over university administrations – many of which meekly submit without so much as putting up a fight.

Throw in the fact that their social hierarchy is based on a purist adherence to the Politics of Identity – with members gaining social currency for flaunting their own tolerant nature or identifying and persecuting anyone whose behaviour happens to violate one of the many invisible lines restricting our speech and behaviour – and you have a potent and deadly combination.

I have always been a fan of Ian McEwan‘s novels. Saturday was edgy, evocative and incredibly well researched, Solar was inventive and at times hilarious, On Chesil Beach made a four-hour flight from Cyprus to London so exquisitely awkward that I wanted to blow the emergency exit and jump out of the aircraft while The Children Act remains shamefully unread on my bookshelf, part of an ever-growing backlog.

But I also admire McEwan’s forthrightness and willingness to speak his mind rather than toe the establishment line on all social matters. McEwan recently caused a ripple of scandalised headlines when he questioned whether people should be free to choose their gender identity:

In a speech to the Royal Institution, the Booker prize-winning writer asked whether factors such as biology and social norms limited our ability to adopt a different gender.

“The self, like a consumer desirable, may be plucked from the shelves of a personal identity supermarket, a ready-to-wear little black number,” McEwan said. “For example, some men in full possession of a penis are now identifying as women and demanding entry to women-only colleges, and the right to change in women’s dressing rooms.”

In a Q&A after his speech, one woman asked McEwan, 67, to clarify what she called his offensive remarks, the Times reported. “Call me old-fashioned, but I tend to think of people with penises as men,” he said. “But I know they enter a difficult world when they become transsexuals and they tell us they are women, they become women, but it’s interesting when you hear the conflict between feminists now and people in this group.

“It’s quite a bitter conflict. Spaces are put aside, women are wanting to put spaces aside like colleges or changing rooms, and find from another side a radical discussion coming their way saying men who want to feel like it can come in there too. I think it’s really difficult. And I think there is sweeping through American [university] campuses a kind of strange sense of victimhood and a sense of purposeful identities that we can’t actually all of us agree with. Of course sex and race are different, but they also have a biological basis. It makes a difference whether you have an X or Y chromosome.”

Cue the kind of response one has come to expect when anybody dares to give voice to such thoughtcrime.

His new novel, Nutshell, is narrated from the perspective of a foetus still in the womb, and is likely to raise all kinds of hackles from staunch free right campaigners and militant free choice protesters alike.

But on the Cult of Social Justice and Identity Politics, McEwan hits the nail on the head. How different the university campus must seem to him now than it was when he was a student. One wonders whether McEwan would even be allowed to set foot on the campus of the University of East Anglia in Norwich, where he received his Masters in creative writing – the university has received a “red” rating in Spiked’s annual university free speech rankings.

Certainly McEwan, one of UEA’s most distinguished alumni, would never be welcome at the Students’ Union with its blanked restriction on “imagery or language which reinforces a gender binary”. Having expressed his own personal views on the subject of transgender issues, McEwan’s presence would clearly create an oppressive and highly unsafe space for the delicate flowers now following in his footsteps.

What’s really concerning is this: Ian McEwan is now something of a grandee in Britain’s cultural scene, yet even he was ultimately forced to apologise for airing his own personal views on transgenderism, effectively reversing his earlier statement under duress and confessing “biology is not always destiny” and that a person’s decision to change their gender must be “celebrated”.

If one of Britain’s most successful and respected authors cannot hold a contrary or agnostic position on hot-button social justice issues where conformity without exception is demanded and expected, what hope is there for new, up-and-coming artists or academics to question the new orthodoxy or admit to holding an unpopular opinion? Who will be rash enough to dynamite their own career before it has gotten off the ground  by admitting their heresy or reflecting it in their work?

And what future for the rich and vibrant British artistic and cultural scene when the Social Justice Warriors finally get their way and browbeat everybody in the land into thinking, saying and “celebrating” the same things? 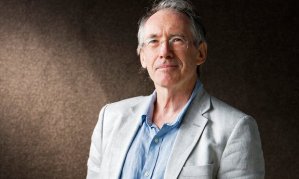