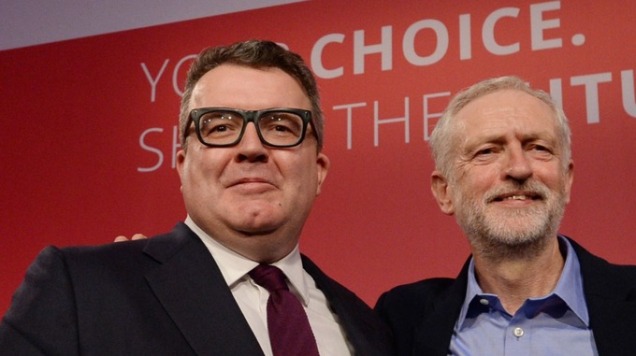 If there is to be a Labour Party purge, leave the Corbynites and centrists alone and purge disgusting people like deputy leader Tom Watson

Charles Moore is quite right to identify the real odious usurper within the top echelons of the Labour Party – deputy leader Tom Watson:

The majority opinion is that it is a disgrace that Jeremy Corbyn is the leader of the Labour Party. Actually, the real disgrace is that Tom Watson is its deputy leader.

It is a question of character, not of political views. Mr Watson is an inveterate plotter (see, for example, his almost successful political assassination plot against Tony Blair in 2006, to assist Gordon Brown). He is also the purveyor of utterly unsubstantiated malicious rumour.

In 2012, collaborating with the website Exaro, he used parliamentary privilege to allege “clear intelligence” of a “powerful paedophile network” in Parliament and Downing Street. He called on the Metropolitan Police to investigate, and later passed them “information”. This led to a series of operations by the police – Fairbank, Fernbridge, Midland – which looked credulously into allegations, some blatantly crazy, about child abuse, torture and even murder by leading figures in politics and society.

The investigations collapsed this year, but not before they had defamed the late Sir Edward Heath, ruined the last years of Lord Brittan, tormented the wife who then became his widow, and persecuted Field Marshal Lord Bramall (who is still, I am glad to say, robustly with us) and many more.

And then explains why the odious Tom Watson actively hinders the efforts of Labour’s suddenly reviled centrists to dislodge Jeremy Corbyn:

Now Mr Watson alleges that the Labour Party is being infiltrated by Trotskyists. “Some old hands [are] twisting young arms,” he says, making it sound like his favoured subject of child abuse. He may actually be right in this case. But the Corbyn team clearly finds it easy to say Mr Watson is “peddling baseless conspiracy theories”: he has done so before. It is utterly dismaying to see Labour led by the hopeless Mr Corbyn, unless you want a permanent Tory government (which I certainly don’t), but Labour moderates who oppose him do not seem to understand why they cannot gain the moral high ground. A big part of the answer is Mr Watson.

I’m actually with Owen Jones on this one – the idea that Trotskyist entrists are of any significance  in Labour’s influx of new members is ridiculous overstatement. Anyone who has ever been to a party conference or a political demonstration knows just how fringe these wizened far-leftists are, with their cheaply produced pamphlets and anachronistic slogans.

The fact that Tom Watson seeks to portray these people as having outsized influence is quite understandable, given his thuggish imperative to topple his leader and restore the rule of the centrists, but that does not make it true. In fact, it is a great slander on the hundreds of thousands of people who have flocked to the Labour Party, attracted by the fact that Jeremy Corbyn offers something other than the muddled centrism practised by Blair-Brown-Cameron-Miliband.

Tom Watson is exactly the kind of bruising, Chicago-style machine politician that we should be working to purge from our politics, not looking to as our salvation from Corbynism. He is the epitome of New Labour’s headline-led approach to governing – the fact that Watson’s first major act as an MP was to agitate for a ban on Gary Glitter albums shows a slavish desire to win the approval of The Sun and a brutal authoritarian streak which has been revealed numerous times since, not least in his Herculean efforts to take down Tony Blair in 2006, acting as Gordon Brown’s hired gun.

Is Jeremy Corbyn the great white hope of British politics? Of course not – his ideology and policy obsessions come pretty much unreformed from the 1970s, his foreign policy is alarmingly anti-American and he has any number of unpleasant friends and associations, at home and abroad. But at least he offers a gosh darn alternative to the centrist consensus.

Ambitious Conservatives in particular should appreciate that Corbyn’s efforts to shift the left hand border of Britain’s political Overton window makes it equally possible for a future radical Conservative leader (anyone? anyone?) to push the other boundary further to the right.

And for that potential alone, Jeremy Corbyn is worth 650 Tom Watsons. 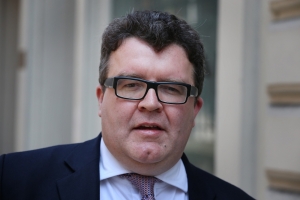