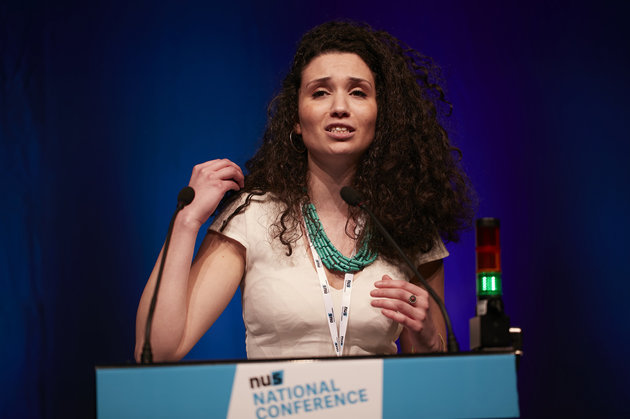 Some encouraging signs in the growing backlash against the censorious, paternalistic National Union of Students

For once, a positive development in these Tales From The Safe Space – the first green shoots of an anti-NUS, anti-SJW grassroots backlash among students who are sick of being spoken for by the identity politics cultists currently in positions of leadership both in local university students’ union and the national organisation.

NUSceptics is a new forum for students at British universities to advance the free speech agenda and organise disaffiliation campaigns from the irretrievably corrupted National Union of Students.

This piece by student Ellie Spawton hits the nail on the head on the need to resist the growth of the new victimhood culture taking root in universities and wider society.

The NUS panders to this culture of victimhood, seeing it as their role to protect and defend anyone deemed a minority, or lacking in privilege. Whereas traditionally university is where young adults gain their freedom and are subject to debates and ideas, the NUS’ nannyish, moral crusader involvement in students’ everyday lives restricts and stifles not only debate and freedom of speech, but also moral independence and independent thought.

[..] The most concerning issue of the NUS is not its censorious nature, but the fact that it doesn’t trust the students it represents. It treats us like we are unable to be exposed to opinions that don’t conform to the progressive mindset without being offended and needing to retreat to a ‘safe space’. It is removing our ability to make our own decisions and our own mistakes, and depriving us of the ability to speak out and challenge viewpoints. It is condoning and feeding the emerging culture of victimhood, which in turn is creating moral dependence, fuelling conflict and preventing the development of young minds. The NUS needs to step back, stop nannying us and focus on larger issues than identity politics.

It is heartening to see such sensible, small-L liberal ideas being expressed by some students, even if they are presently drowned out by the opposing voices of social justice and identity politics.

Whether or not any of the nascent NUS disaffiliation campaigns will succeed is currently unknown – though it seems like a long-shot since any such movement would have to be comprised largely of people who are not already engaged in student politics (those already politically active clearly being overwhelmingly in favour of recent developments, as it is they who voted for the policies in the first place).

This is where university faculty and administrators need to rediscover their cojones and their commitment to academic freedom, and step in to support these brave students protesting against their own unions. Clearly universities cannot overtly support any attempt to build rival student organisations which aim to represent students while upholding the right to free speech, but at the very least they must make clear that any reprisals against these students by the NUS, local students’ unions or other vengeful individuals will not be tolerated.

As always, the hard work in rolling back the present identity politics-soaked victimhood culture must be carried out by the students themselves. But universities have an academic – and moral – duty to provide them with some valuable air cover.

2 thoughts on “Tales From The Safe Space, Part 30 – Students Against The NUS”