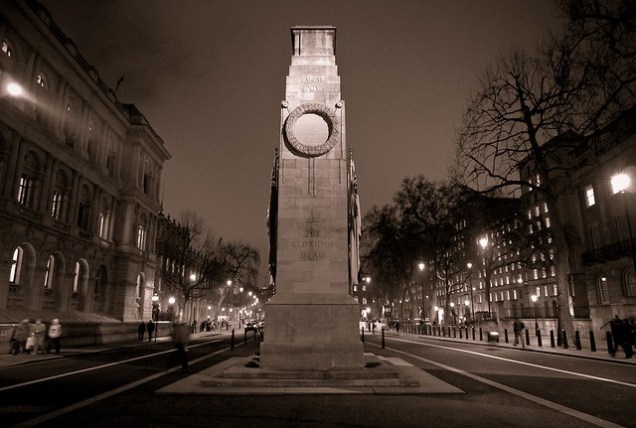 Solemn the drums thrill: Death august and royal
Sings sorrow up into immortal spheres.
There is music in the midst of desolation
And a glory that shines upon our tears.

The British coalition government continues to act in an entirely clueless and dysfunctional way when it comes to planning the events to commemorate the upcoming centenary of the First World War. In addition to beginning a pointless and unnecessary argument about why the war was fought, the government has seemingly now decided that it will be beneficial to snub Australia and New Zealand by minimising the contribution that they made to the Allied war effort.

The latest row follows a briefing to Australian journalists by Whitehall officials that no events were being planned to mark their country’s contribution and that internal discussions on the plans do not mention Australia or New Zealand. The briefing disclosed, instead, that officials were concentrating on promoting the role played by so-called New Commonwealth countries, those which achieved independence since 1945.

The countries singled out for promotion were India, Bangladesh and Nigeria, along with other west African nations. The reports state that this is to promote “community cohesion” in the UK.

It’s one thing to foolishly overlook an arcane point when conducting international diplomacy, but that is not what we are talking about here. It seems instead that the government has taken a deliberate decision to snub two of our closest allies and Commonwealth partners, and then to brief the precise details of this snubbing to the press. A greater diplomatic faux-pas and insult to our friends can scarcely be imagined.

16,000 Australians and 18,000 New Zealanders gave their lives in support of the Allied cause in World War 1. This, to me, is not a contribution of blood and treasure that can justifiably be overlooked for any reason.

Let us compare this brazen ingratitude and ignorance on the part of some within the British government with the words of the Australian Minister for Defence at the outbreak of war in 1914:

“Australia will recognise that she is not merely a fair-weather partner of the Empire, but a competent member in all circumstances.”

And the Leader of the Opposition, Andrew Fisher:

“Should the worst happen, after everything has been done that honour will permit, Australians will stand beside the mother country to help defend her to our last man and our last shilling.”

And, most poignantly, the Treasurer, Sir John Forest:

“If Britain goes to her Armageddon, we will go with her. Our fate and hers, for good or ill, are as woven threads.”

If it is the honest view of the British government that social cohesion in our country is so bad that we now need to snub some of our closest friends and allies in order to curry favour with any particular group for the ominous and opaque purpose of “community cohesion” then we should all be a lot more worried about the true state of our nation.

As a long-time lover of Anzac biscuits and someone who cares deeply about Britain’s international relations and wants to see Britain nurture its relationships with proven and time-tested allies, especially those with whom we share such obvious historical and cultural bonds, I hope that a swift apology and a 180 degree U-turn on this foolish and gravely insulting stance to be quickly and publicly forthcoming from the government.

Given the government’s recent ability to shoot itself in the foot, however, I hold out limited hope.