Everyone knows that we live in politically superheated times; partisanship feels more bitter and more personal than it ever has in my lifetime.

There are many reasons, but here is one: we all know that faith in the Judeo-Christian religions is dramatically weaker than it used to be. But human beings are religious animals, and most will find an alternative if the conventional choices are gone.

The readiest replacement nowadays for lost traditional religion is political ideology. But a citizen with faith in a political position, instead of rational belief, is a potential disaster for democracy. A religious believer can rarely be argued out of his faith in any ordinary conversational give-and-take. His personality is more likely to be wrapped up with his religion than with any mere political program. When a person’s religion is attacked, he’s more likely to take it personally and dislike (or even hate) the attacker than he is in the case of mere political attacks or arguments. Thus, the collapse of traditional religion within important parts of the population is one cause of our increasingly poisoned politics. Yet it doesn’t have to be this way.

Turn back to the generation after the Second World War. The collapse of religion is well underway, but there is another alternate religion at hand: art.

Think of the extraordinary blaze-up of art in America in the postwar years, especially the 1950s and first half of the ‘60s: painting above all; choreography in New York (Balanchine, Robbins, the American Ballet Theater, the Joffrey and other regional companies); serious music, led by Bernstein’s Young Peoples Concerts broadcast  nationwide by CBS; intense interest in new American novelists; Frost; the Americanized Auden, Eliot and Delmore Schwartz; the great quartet of European masters as seen from the US: Picasso and Matisse, Giacometti and Chagall; the European film as an art form (Swedish, Italian and French––Hitchcock’s Birds, for that matter, opened in the early ‘60s at MOMA); in the architecture of the Americans Wright and Kahn and Eero Saarinen, and the Europeans Mies and Corbu and Gropius; in the design of the Eames studio, in the museum show as an event, in drama and the Actor’s Studio; art-books, magazines, posters, high-fidelity audio, Lincoln Center, the Dick van Dyke show; a situation comedy with frequent episodes about the theater, galleries, art films–and on and on.

Among much else, it helped politics go down easier. (Only a little easier; but every bit helped.)  Other things did too, of course; and art, as always, was its own reward. But we miss something if we don’t see how the religion of art took pressure off politics.

Nowadays it’s mostly gone. But it doesn’t have to be. Art itself is the reason to bring art back to center stage. But some of the merely incidental benefits might be enormous.

There is a bucketload of truth in this statement. As anyone who has tried to engage your average pro or anti-Trump or Brexit activist in conversation or debate about politics will attest, reasoned discussion is hard to come by, precisely because faith is now vested in political tribes rather than God. In fact, the politically neutral (or those who refuse to see Donald Trump as either Saint Ronald Reagan 2.0 or Hitler Reborn, Brexit as an unadulterated good or an unprecedented disaster) tend to have the hardest time of all – the new atheists and agnostics.

Partisans on either side are increasingly being defriended, blocked or ignored in the real world by those incapable of making the leap of empathy required to understand or forgive a vote for the opposing side. But agnostics and those in the middle face the ire of both sides, incredulous that they can neither see the self-evident worth of the “right” side or the existential danger of the “wrong” side.

It is worse now than it was a decade ago under the George W. Bush administration, and by all accounts it was worse then than it was before under Clinton, Bush senior or Reagan.

Most analysis of this phenomenon of polarisation and mutual incomprehension had focused on the impact that the internet and social media have had on our political discourse, and many of these discussions are valid. But Gelernter takes a different approach and reveals another, more sociological explanation for the current toxic atmosphere – one made all the more profound because of what it says about humanity rather than the technology we now use.

And who can deny Gelernter’s point? As religion and faith have receded, something has indeed taken its place. But it is no longer art, or that wonderful flourishing of high culture that the West saw in the 1950s and 60s. Now it is often decidedly low culture and politics which we elevate above all else – and particularly, for many people, the divisive and grievance-laden politics of identity and victimhood.

But I would add that science also helped to cushion what Gelernter calls the “collapse of religion”. Humanity was inspired by the space race and the Apollo Program – “we choose to go to the moon in this decade and do the other things, not because they are easy, but because they are hard” – and great shared human endeavours such as these. But humanity has not lifted its gaze above low earth orbit since 1972, and while other technological breakthroughs such as the mobile computing and the internet have revolutionised our lives, they have on balance tended to fuel the individualist and consumerist aspects of our society rather than the collective and the communal, let alone the spiritual.*

What is becoming manifestly clear is that we need something – be it a new flourishing of art (as Gelernter desires) or a great scientific or technological challenge – to help us once again lift our eyes above our own selves, circumstances and identity groups. More than a few political activists together in a room tend to quickly become insufferable. A whole society comprised entirely of such activists would be so much worse, as we are now starting to discover.

We need a common challenge or faith – whether it is a rekindling of the gentle patriotism spoken of by Andrew Sullivan or a tangible project of some kind – to remind us that we are more than the sum of our political opinions. And this means we need political leaders who dare to demand something of us rather than flatter us and promise us bountiful riches for no effort.

And so this blog asks again: set us a challenge.

*In Britain, mindless worship of the National Health Service – as exhibited today by more than 200,000 people who marched through central London in support of the NHS, demanding that more taxpayer money be shovelled into a healthcare system they venerate and claim to be the “envy of the world” despite the awkward fact that no other country has tried to replicate the NHS and many succeed in delivering better healthcare outcomes – has become the closest we have to a national religion. And while this might certainly count as blind faith or religious fervour, it does nothing meaningful to bring us together as a society. 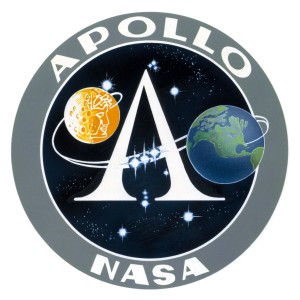 The pressure group Climate Name Change has published an hilarious video on YouTube, imagining a world where the World Meteorological Organisation names extreme storms not after everyday, innocent people (thereby tarring their names by association with devastating natural disasters), but instead after some of the more intractable anti-science climate change deniers currently serving in the US Congress:

I must say, I do quite like the idea of a Hurricane Bachmann or a Tropical Storm Steve King:

This is not to say that I am totally intolerant of climate change skeptics. I can certainly appreciate the potentially distorting effects of groupthink in the scientific community, and at a stretch I can see how some of the data points, correlations and trajectories may have been exaggerated to better fit a pre-ordained narrative, intentionally or not.

What I have no time for, however, are the mouth-breathing troglodytes – serving Republican members of the U.S. Congress – who talk about dinosaur flatulence or a literal interpretation of the Bible’s account of Noah’s flood as a way of trying to discredit scientific evidence. All in the cause, they innocently protest, of “having a fair debate about the issues”.

Semi-Partisan Sam says “no” to all of that.

An excellent comedy video from NonStampCollector, successfully (and rather wittily) debunking “young Earth” theories and denial of evolution.

I believe that the creator of this series of videos (which I highly recommend – very amusing) is an atheist. I, of course, am Roman Catholic. That doesn’t make his critiques of biblical literalism and fundamentalism any less funny or pertinent.

And the “tornado through a junkyard” analogy is priceless.

As Commander Chris Hadfield, a Canadian astronaut serving aboard the International Space Station, prepared to leave space and return to Earth – quite possibly for the final time – he released this excellent cover of David Bowie’s “Space Oddity”, featuring vocals and guitar which he recorded while floating in zero gravity on board the ISS:

As Andrew Sullivan says, not a bad voice for an astronaut.

Best Thing Of The Day.

At 10:31PM Pacific Coast Time on 5th August, NASA’s Curiosity Mars Rover is due to touch down on the surface of Mars after a journey lasting more than a year. Curiosity will be the largest, most powerful and versatile exploratory devices ever sent to Mars, or to any other planet. The engineering and scientific ingenuity underpinning this endeavour are quite astonishing, as is compellingly shown in this short video produced by NASA’s Jet Propulsion Laboratory:

While some parts of the multi-stage Entry, Descent & Landing (EDL) phase have been well tried and tested before on numerous missions to Mars or on spacecraft returning to Earth, the “Skycrane” – the final step of the process – has never been used before. The justification for resorting to this method makes perfect sense (landing directly with rockets would kick up too much Martian dust which could damage the Curiosity Rover) and the engineering seems sound, but I just sure hope it works.

When the time comes, it will be possible to view live updates from NASA and the Curiosity Mars Rover here.