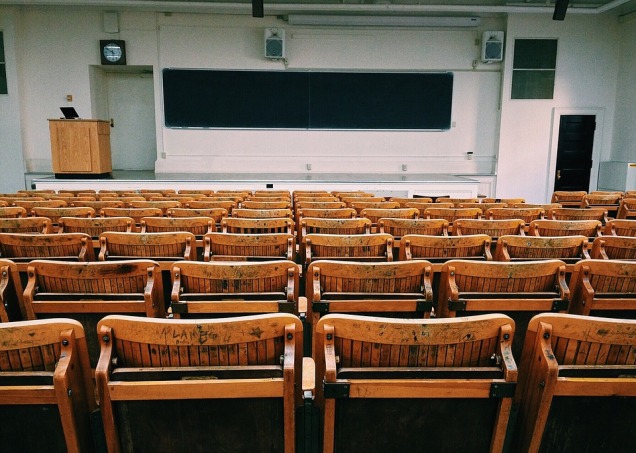 Whether “brave spaces” are any less infantilising than “safe spaces” is a matter for debate, but the University of Miami community’s recognition of the importance of a more politically diverse faculty and campus is an encouraging sign

The editorial board of the University of Miami student newspaper, the Miami Hurricane, takes a surprisingly bold stance on the problem of progressive ideological dominance on campus, and – encouragingly for a student publication – calls for greater ideological diversity rather than the fearful conformism demanded by many students.

From the Hurricane’s editorial:

UM leans to the left, as do most universities. A report published earlier in the campaign by The Tab documented that 60 percent of faculty donations were made to Hillary Clinton’s campaign; the other 40 percent was split between the other Republican candidates and Bernie Sanders.

In the classroom, professors can be very vocal about their political opinions, whether that’s a subtle joke woven into a lecture or an actual discussion of their political beliefs.

When professors deride or mock certain political views in their teaching, that only alienates students and undermines the purpose of an educational forum. Part of the reason that conservative students feel so disenfranchised from the media and academia may be because for most of their lives, the intellectual “authorities” in their lives have been liberal and taught in left-leaning ways.

At this point, I actually felt a little uneasy. While it is certainly true that the progressivism and intolerance of conservative ideas shown by many university professors is often off-putting to conservative students and academic peers, the idea of people being disenfranchised or excluded because of the words of other peers and authority figures skates awfully close to the wheedling complaints of Social Justice Warriors that criticism and free speech must be suspended for their own mental health.

This blog has warned before that it is only a matter of time before conservatives, persecuted for their beliefs by fellow students and university administrators alike, begin to use the same language of fragility and vulnerability used by the SJWs – and I think we are now starting to see that prediction come true. None of that detracts from the point made by the Hurricane’s editorial board, which remains valid. But as always, a creeping culture of victimhood is something to watch out for, and guard against.

Courses like The Election are great because they expose students to professors and guests from both sides of the aisle, which can help break down the barriers of bias.  It is much easier to dismiss the opinions of a peer, a social media troll, or a crazy uncle than it is to automatically dismiss the ideas of an authoritative figure who has a Ph.D. in the relevant discipline. Ideological diversity may also help students recognize the flaws in their own opinions and be more self-critical.

When conversations focus on sweeping platitudes rather than individual reasons, our personal networks suffer as well. Too many students have given up Facebook friends or real-life acquaintances over political differences. It’s easy to generalize a whole group of people just based on one or two beliefs that they voice, but these generalizations create many false assumptions, especially in this election when few people are completely behind their candidate.

Restrain from automatically assuming that another student is racist, sexist, elitist or corrupt due to a few of their demonstrated ideological beliefs. People have reasons for holding their beliefs, and if they’re willing to talk about it in a respectful way, then take the opportunity to respond with dialogue rather than a diatribe. Identity politics has made political opinions just as personal as ethnicity and religion, making it hard to separate feelings from ideas.

This is good. Most of us can at times be too quick to pigeonhole and condemn people based on a few assumptions and extrapolations about their political leanings, and the board’s point that many people are not strongly behind their candidate this time (either disappointed Bernie Sanders supporters reluctantly supporting Hillary Clinton or Republicans holding their nose while supporting Donald Trump) should warn us of the sweeping range of variety and nuance which is lost when we simply label people as Trump or Clinton supporters.

The editorial board is also quite right to observe that the rise of identity politics has made it much harder to separate feelings from ideas. A self-aggrandising worldview which places the individual at the centre of everything is an atrocious way to discuss ideas, as it makes rejection of an idea seem like a personal attack. That’s why weepy young students now talk about their identities being “invalidated” when people do not accept the new orthodoxies around sexuality and gender, as though they might simply vanish in a puff of smoke unless everyone on campus is forced to approve of everyone else’s life choices.

And then comes an unusual suggestion:

A healthier alternative for a “safe space” is a “brave space.” A “brave space” encourages people to freely explore different questions and issues – still trying to respect other people, but not restricted by the fear that certain ideas make others feel uncomfortable.

The goal of a diverse college campus is not to create comfortable spaces, but to be caught a little off guard by all of the different types of people and ideas that might not be found in East Portland or a small town in South Dakota. That’s okay. If we embrace that vision, we can create a more tolerant, educated and cooperative community.

Well, a brave space is certainly an improvement on a space where the First Amendment is suspended in order to prevent glass-jawed snowflakes from colliding with reality. The rejection of the notion that uncomfortable ideas should be avoided is, in these depressing times for free speech and academic freedom, a positive step forward.

But surely it would be better still to simply cease talking about “spaces” at all? The term is now ubiquitous – even news articles totally unrelated to the Social Justice agenda talk about the need for public bathrooms to have a “safe space” for parents to change their baby’s diapers. As opposed to what, an unsafe space like a gun range or a demolition site?

Is the whole world really so riddled with danger that we need to mark out those places which are actually safe for human foot to tread? The journey from my dorm room to my Ivy League college classroom is fraught with many dangers, but at least the gender neutral restroom offers me a safe place to pee, the shuttle bus provides a safe space for me to ride across campus, the students’ union is a safe place for me to relax between classes and the lecture hall itself is a place where no idea that I deem central to my identity can ever be challenged.

Flippant, yes, but also an accurate transcription of how the contemporary student mind seems to work. And of course it is utterly offensive – there are people in benighted parts of the world where daily physical safety cannot be taken for granted and is routinely violated, yet here are some of the most privileged youths of any generation in history trembling in fear that they may encounter disapproval or mean comments while walking between buildings at their $40,000-a-year degree factory.

(As Malcolm Gladwell explains, this is a result of a shift in the way which we describe actions or behaviours which are undesirable. Whereas once we would have condemned sexism, racism or homophobia as simply being wrong, today we talk spuriously of the “harm” that these words and encounters visit upon us. And when every single human interaction is viewed as having the ability to physically or emotionally harm us, calls for network of safe spaces to act as stepping stones through the world inevitably follow).

Brave spaces are marginally better, perhaps, but it is depressing indeed that we now have to pat ourselves on the back and give ourselves a lollipop for being “brave” and subjecting ourselves to the mere possibility of hearing contradictory viewpoints or unpleasant ideas.

This used to simply be called “being an adult”. Is it really too much to ask that we return to that bygone age of resilience and maturity?