It takes real courage to speak out against the Cult of the NHS, particularly for people on the political left who are expected to be the biggest cheerleaders of all

From a brave commenter at Left Foot Forward, reacting to the same piece of sentimentalist NHS idolatry which prompted my article here:

I am disabled and faced horrendous treatment on the NHS when I unfortunately required help, I never once criticised staff individually but still every time I tried to talk about what I faced I was shouted at, told I hate the NHS, that I want to copy the US… I’ve seen the same thing happen to NHS staff whistleblowers. At this point it seems protecting “our NHS” from any and all criticism (that is not crouched in “don’t get me wrong, I love the NHS”) is more important than the wellbeing of both the patients and the staff and the functioning of the healthcare system.

I have since moved elsewhere in Europe to my husband’s country where the PUBLIC healthcare system (health insurance and private doctors are not a common thing here either), though it has flaws as everywhere does, functions as a healthcare system much better. If you want to change the pressures the NHS is under then it needs to become socially acceptable to talk about the NHS without referring to it as the “envy of the world” constantly or being accused of hating it and the staff working for it.

This statement takes courage, perhaps particularly from somebody who is clearly on the political left herself, and so is expected to be a particularly enthusiastic priestess of the Cult of the NHS. I admire her bravery – I fear that she (and others like her) will continue to be demonised for daring to acknowledge glaring reality.

Postscript: An alternative vision for healthcare in Britain, penned back in 2008 by Professor Karol Sikora, former chief of the World Health Organisation Cancer Program.

In a piece for Left Foot Forward, Mark Serwotka plays the “I’m on the waiting list for a heart transplant” card to heap even more uncritical praise on the NHS:

This is something I honestly think Jeremy Hunt and the Tories will never fully grasp, or don’t want to. They don’t have a genuine sense of how the whole NHS is run. Or our other public services, for that matter. They see them as bureaucracies, first to be vilified, the better then to be cut down to size.

I don’t know how long I’m going to be in here before my transplant, but my stay so far really has hardened my resolve to ensuring we defend our NHS with everything we’ve got.

That means defending the services from budget cuts and privatisation. And it means defending the health workers who have been treated appallingly, with their pay and pensions slashed, their contracts ripped up and even hints now that foreign doctors won’t be welcome in the UK in the future.

This last point makes me particularly angry because from day one, when I first started having problems in 2010, I’ve been looked after by fantastic and dedicated doctors and other professionals from all over the world.

We really can’t say it often or loud enough — our NHS is very special. The greatest achievement of a time of political optimism, when national pride meant public investment. Our health service is the envy of the world, and we can’t afford to let the Tories grind it down.

Really, we can’t say it often or loud enough? It certainly seems as though uncritically praising the NHS from dawn to dusk is all that some of us ever do, whether we are childishly painting the NHS logo on our faces, propelling a mediocre song to #1 in the Christmas charts or flaunting our virtuous NHS-love on social media.

The envy of the world? Tell that to the thousands of people whose cancer wasn’t spotted until it was too late or who could not benefit from the latest treatments, the people who died of hospital superbugs or the families of those left to starve in dysfunctional hospital wards run by psychopaths.

Mark Serwotka’s hymn of praise to the NHS mirrors every other piece of leftist propaganda designed to aid the NHS Industrial Complex. The template goes something like this:

One certainly wishes Mark Serwotka the very best, that a suitable new donor is available soon and that his upcoming transplant is a success. But as a people, we really need to stop being so gullible and open to emotional manipulation that we allow ourselves to be swept along by these “but the NHS set my broken arm / cured my case of Ebola / saved my premature baby” testimonials.

No, the NHS did not save your life. Doctors, nurses and modern technology saved your life. And guess what? In other countries, the systems that they wrap around those doctors, nurses and technologies often deliver better healthcare outcomes for their people than Our Blessed NHS (genuflect) is able to produce.

But what really damns Mark Serwotka and his NHS-loving amen chorus is the fact that they will not even allow the British people to look at the benefits of other healthcare delivery models. The NHS Industrial Complex has the British Left (and whole swathes of the Right) so wrapped around its fat little finger that to even question whether the NHS model should remain the One True Faith of these islands is to invite potential excommunication from political life.

And all it takes to perpetuate this nauseating Divine Office of praise for the National Health Service is for occasional feel-good stories like this one to make us wipe away a tear, lean back with a smile and know that we benefit from the Best Healthcare System In The World. So good, in fact, that it is replicated by jealous rivals in precisely zero other countries.

A reading from the book of St. Mark Serwotka.

Thanks be to Bevan. 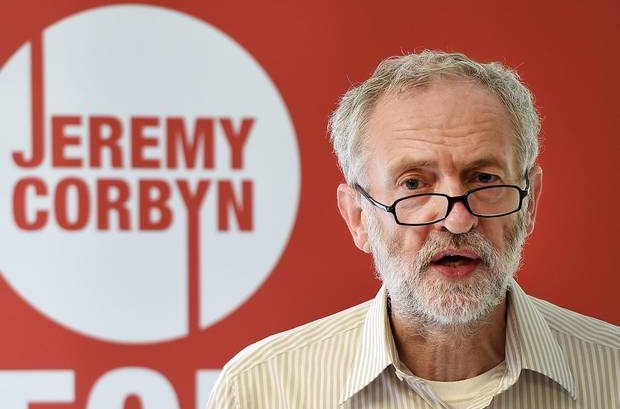 In their fevered desperation to purge potential troublemakers and ‘entryists’ from the voting rolls, the Labour Party are eliminating people who have every right to take part in the leadership election

It was only a matter of time before the Labour Party’s scattershot and reactionary vetting process ended up turfing out someone who is so clearly and quintessentially Labour that the whole process was instantly rendered ridiculous.

And now, with the expulsion of Public and Commercial Services Union general secretary Mark Serwotka, it has finally happened: the political party created to carry the voice of trade unionism into Parliament has expelled one of those very same voices for failing to share the “aims and values” of the Labour Party.

From the BBC’s report:

Mark Serwotka, general secretary of the Public and Commercial Services (PCS) union, voted for Jeremy Corbyn, but was told his vote would not be counted.

Labour said it would not comment on individual cases but said people “who don’t share aims of values of the Labour party don’t get a vote”.

The PCS, which represents civil servants, is not affiliated to the Labour Party and is part of the Trade Union and Socialist Coalition, which stood against Labour candidates at the general election.

Just so we are clear: the general secretary of the main union representing public sector workers (you know, the kind of workers that Labour actually likes and supposedly exists to represent – contrast with ‘the bankers’) is being denied the opportunity to join the party and vote for its leader. Because to be a trade union leader and represent the interests of your members according to your conscience is now anathema to the values of the Labour Party.

END_OF_DOCUMENT_TOKEN_TO_BE_REPLACED

To the leadership of the Public and Commercial Services Union, and their leader, Mark Serwotka:

They called the 1948 Olympics the “Austerity Games”.

Britain in 1948 and during the preceding war was the closest that this country has come to real austerity in living memory. Milk, meat, butter, sugar, tea, and sweets were still rationed – as, I believe, were bread and clothing. Many British cities still bore very visible scars from bombing during the Second World War. Thirty years later, some of those scars would still be there.

We couldn’t afford to build a single new sporting venue, or an Olympic Village to house the visiting athletes – they had to avail themselves of pre-existing accommodation.

We were such a weary and depleted nation at the time, that we seriously considered giving the Games to our friends and allies, the United States, to host.

And yet we pulled together as a nation, and opened our doors to the world for the 1948 games of the XIVth Olympiad.

Based on a membership turnout of 20%, you decided to threaten and then lead a strike of UK Border Force customs and immigration officials in an attempt to blackmail better pay and conditions out of the British government, and to further your anti-privatisation, ideological agenda. Creating havoc at UK airports and other points of entry in the immediate run-up to our country playing host to the Olympic Games for the third time.