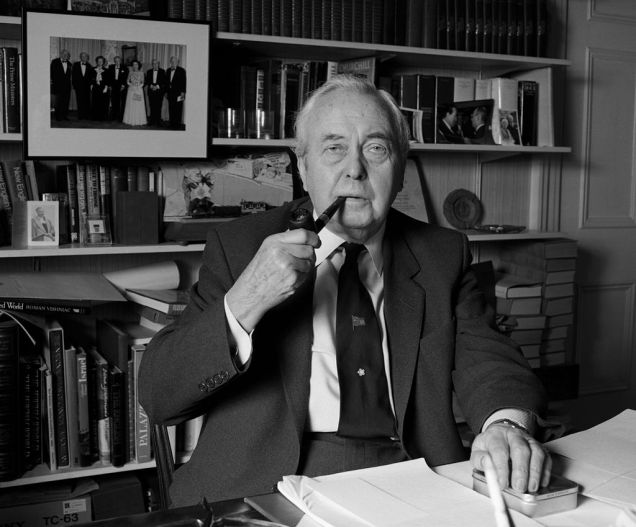 Martin Kettle has some advice for the Labour Party as it wrestles to come up with a compromise between the blithe open borders attitude of the Corbynites and the suddenly nativist instinct of Midlands and Northern MPs whose seats may be in jeopardy unless the party moves convincingly on the issue of immigration.

Kettle lays out the issue in the Guardian:

If Labour’s priority is to re-secure its core voters on the issue, that is a very bad place to start from. Latest research by Chris Hanretty of the University of East Anglia suggests that 64% of Labour’s 232 parliamentary seats voted leave in June. So if it is correct that immigration control was the decisive issue in the leave win, Labour MPs are right to demand that, at the very least, their party says something about immigration that engages with that stark reality.

And suggests a solution based on dubious historical precedent:

There’s a framework for this. For most of the last half-century Labour’s policy was that managed migration made community integration and mutual trust possible. The policy had periods of success and failure. It was too repressive in the 1970s and it was too insouciant in the early 2000s, after EU enlargement. But until recently it worked reasonably, and won electoral consent.

It has to place intervention in the labour market to ensure fair treatment, alongside an unsentimental approach to immigration control. If Labour’s factions can at least agree to start from there, there’s just a chance that enough of the rest will fall into place.

But there can be no agreement between Labour’s factions. One faction – the metropolitan Regressive Left faction, incorporating everybody from leftists like Jeremy Corbyn to virtue signalling centrists – hold it as an article of faith that to even question whether everybody who wants to come to Britain should immediately be allowed to do so constitutes damning evidence of racism. The other faction – call them Old Labour, rooted in the party’s historic Northern, industrial and post-industrial heartlands – have not yet sacrificed patriotism and a belief in the uniqueness of British values and culture on the altar of globalisation, and fail to understand why immigration controls such as those imposed by countries like the United States or Australia are somehow racist.

These two sides simply cannot reconcile – certainly not so long as the metropolitan Regressive Left continues to arrogantly insult agnostics and sceptics, either accusing them of moral deficiency for failing to meekly toe the party line or ignoring their arguments altogether. In fact, with immigration currently a high priority political issue, one can argue convincingly that there is no longer any place for the two factions within the same political party, and that Labour must split (and probably should have done so some time ago).

Kettle, however, would have Labour look back to 1965 for a solution to their dilemma:

Yet the disagreement is not a new one, and Labour has succeeded in managing it before. Back in the summer of 1965, Harold Wilson’s Labour government published a radically restrictive white paper on immigration from the British commonwealth that shocked even cabinet ministers. “This has been one of the most difficult and unpleasant jobs the government has had to do,” the housing minister Richard Crossman wrote in his diaries. “We have become illiberal,” he mourned. “This will confirm the feeling that ours is not a socialist government.”

Nevertheless Crossman was absolutely sure that the controls were necessary. “I am convinced that if we hadn’t done all this we would have been faced with certain electoral defeat in the West Midlands and the south-east,” he went on. “Politically, fear of immigration is the most powerful undertow today … We felt we had to out-trump the Tories by doing what they would have done … I fear we were right.” Antisemitism and racism were endemic in Britain, Crossman suspected. “One has to deal with them by controlling immigration when it gets beyond a certain level.”

The fact that left-wing politicians and commentators would turn to the overtly racially tinged 1965 White Paper Immigration from the Commonwealth as a blueprint for dealing with Brexit and present-day immigration concerns only goes to show how little they understand the totally different present day context or appreciate the different public attitudes toward immigration in 2016.

The regressive leftist mind is seemingly unable to compute the idea that objections to unlimited immigration could be based upon anything other than racism. And perhaps this is partly understandable, when historically racism has formed one of the key objections to immigration. But no longer. Racism is now, thankfully, a fringe issue in Britain (despite the continual efforts of SJWs and others whose livelihoods depend on representing official victim classes to inflate the problem). Today’s concerns centre around integration and assimilation into society, and the affect on employment, infrastructure and public services.

None of these concerns are remotely race-based, and yet the response of the Labour Party has historically been to dismiss them all as a thin veneer covering for xenophobia. When voters plead with Labour politicians to believe them when they say that their objections are not connected with race, too often the response has been sneering dismissal. And even now, when some MPs and commentators are considering making concessions on immigration, it is done in the spirit of “we must join the British people in their racism as a matter of political survival” rather than a genuine attempt to understand legitimate public concerns.

And thus we have Martin Kettle essentially arguing that the Labour Party should hold its nose and support something which it believes to be overtly racist in order to stave off political annihilation. Why else cite the case of the 1965 White Paper, written at a time when “coloured immigration” was still openly spoken of as a specific problem?

High-minded it isn’t. But those words echo today because the essence of the argument in which Crossman’s generation participated – hard times, more migrants, native resentments, press and public prejudice, liberal principles under challenge, electoral defeats – has not altered all that much. Yet just as the Wilson Labour party was right to grasp the issue, though it could have grasped it far better, so the Corbyn party needs to grasp it in an equivalent way too.

This is the infuriating thing about leftists. They manage to be insufferable bordering on slanderous even in their attempts to be conciliatory and find compromise. Because they sincerely believe that any departure from their worldview can only be prompted by malice or grave moral failure, their attempts at dialogue with political opponents are awkward and strained as they inadvertently insult the people they are trying to flatter.

Martin Kettle has gotten it into his head that Brexit proves that the British people are having one of their funny turns and have come over all racist, just like we did in the 1960s. Unable to even consider that the Leave vote was prompted by sincere and virtuous political disagreement about the merits of EU membership, Kettle therefore suggests that the Labour Party recycle some good old fashioned racist outreach from 1965 as a kind of olive branch to persuade swivel-eyed Labour Brexiteers back into the fold.

This is the kind of clumsy gesture we have come to expect from a political elite which has become so isolated from much of the country that they can barely speak the same language. Listening to Martin Kettle try to strike up a rapport with Brexiteers would be like listening to me using Google Translate to talk to someone in Korean. The rough message might get through, but the garbled syntax would prove that I am not really speaking their language, that I do not truly understand them.

I’ve said it numerous times, and I will say it again: the Labour Party will not taste power or enjoy another general election victory until they stop giving off such strong signals that they openly despise the voters and hold more than half of the country in open disdain.

The British people do not want to be told “okay, we’ll try racism for awhile!” by an exasperated and uncomprehending Labour Party. They want to be listened to, to have their ideas and concerns heard and engaged with rather than being summarily dismissed.

This should not be a lot to ask, yet it is proving to be an almost impossible challenge for a bitterly divided Labour Party. And time is of the essence. Even assuming that the next general election takes place in 2020 and not earlier, it takes years to execute a convincing policy reversal while re-establish public credibility and familiarity.

If the Labour Party are to make a change and decide to meet the British people half way on the subject of immigration, then now is the time to do it. But with Jeremy Corbyn and John McDonnell in charge and an increasingly London-centric party behind them, don’t bet on it happening. 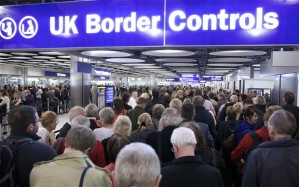