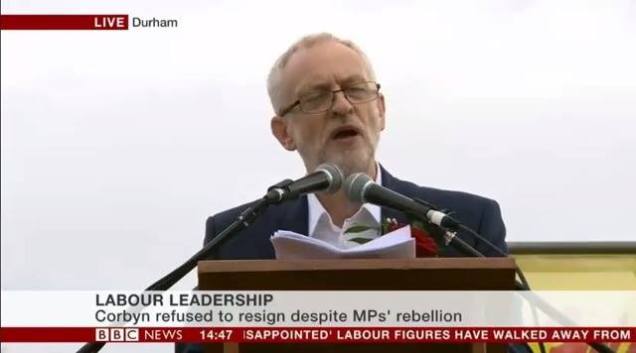 In threatening to break away and form their own parliamentary caucus of anti-Corbyn MPs vying for recognition as the official opposition, Labour’s coddled centrist MPs are pitching a giant “if I can’t run it, no one can” tantrum in which the future of one of Britain’s great political parties is at stake

So it has come to this: a failed rump of centrist Labour MPs who inspire such great devotion among the party faithful that their preferred candidates somehow lost to Jeremy Corbyn last year and whose sole stalking horse is set to lose to him again this year are now plotting to strike out on their own.

From now on, if the plotters get their way, centrist Labour will no longer be wedded to those pesky ordinary people who make up the party rank and file – now, they will be an entirely self-serving, autonomous bloc, jostling with Jeremy Corbyn for use of the Labour Party brand and quite possibly pitching Britain into a constitutional crisis in the process.

Senior Labour rebels are so convinced that Jeremy Corbyn will win the leadership contest that they are planning to elect their own leader and launch a legal challenge for the party’s name.

Leading moderates have told The Telegraph they are looking at plans to set up their own “alternative Labour” in a “semi-split” of the party if Mr Corbyn remains in post.

The move would see them create their own shadow cabinet and even elect a leader within Parliament to rival Mr Corbyn’s front bench and take on the Tories.

They are considering going through the courts to get the right to use Labour’s name and assets including property owned by the party across the country.

They would also approach John Bercow, the Commons Speaker, and argue that having more MPs than Mr Corbyn means they should be named the official opposition.

While the plans are in an “embryonic” stage, it will increase fears that the party will further fracture if Mr Corbyn wins the leadership on September 24.

Ladies and gentlemen, this is why the political class is so reviled, and why MPs are so widely distrusted. People have long feared that politicians are in it for themselves, that their pious and self-congratulatory words about representing the people are just boilerplate language, going through the motions, while in reality they care only about acquiring and exercising power for its own sake. Well, now centrist Labour is giving the doubters just the proof that they need, and making fools of all of us who have defended politicians and tried at times to think the best of them.

Never mind the betrayal of Labour Party members that this would represent – the parliamentary party effectively sticking two fingers up at the ordinary people who pound the pavements, knock on doors, hand out leaflets and make telephone calls to get them elected in the first place. Never mind the appalling visual of a political class which cannot stand the people who put them in office, a parliamentary caucus which arrogantly presumes the right to sit in the House of Commons as non-aligned MPs when they were elected under the banner of the Labour Party. And never mind the potential constitutional crisis which could be triggered when this army of self-serving rebels calls on the Speaker to be made the official opposition when Jeremy Corbyn is currently recognised as Leader of the Opposition.

None of these things matter, apparently. Because the real injustice, the thing which should be making us all angry, is the fact that people like Chuka Umunna and Yvette Cooper don’t get to take the Labour Party in their preferred direction for a few years while Corbyn and McDonnell have a go. And the professional frustration of these Red Princes is apparently worth destroying a 116-year-old political party.

The political history of this country stretches back entire millennia, and its main political parties have all been in existence for over a century. Yet Labour’s centrist MPs are apparently willing to ignore this history, casting it aside because of what they perceive as weak electoral chances in one measly general election. The short termism on display here is remarkable – but drearily predictable.

After all, if Jeremy Corbyn remains as leader and takes Labour to an historic defeat in the 2020 general election, the party will be out of power for nine more years at most. But if the centrists, acting in a fit of pique at finding themselves out of favour and influence for once, decide to split the party then it will be ruined and broken forever. The time horizon in the minds of the centrist rebels conveniently gels with the likely length of their own political careers. When centrist Labour MPs earnestly declare that the future of the Labour Party is at stake, what they really mean is that their own parliamentary careers are at stake. The Labour Party has survived bad leaders before. What it cannot survive is the treachery and self-serving behaviour of the majority of its own parliamentary caucus.

If Labour’s centrists are serious about regaining control of their party and influence within in, there is only one course of action. And it involves sitting down, shutting up and letting Corbyn drive Labour off a cliff at the 2020 general election. Anything less than their full-throated support (or at least their tacit acceptance of his rule) will see bitter Corbynites attempt to pin the blame for their defeat on lack of enthusiasm (or indeed sabotage) within the parliamentary party. If Corbyn is to be deposed and Corbynism rejected once and for all, he and McDonnell must be given a clear shot at the general election and allowed to fail on their own.

“But people can’t take nine more years of Tory rule”, sanctimonious centre-leftists wail, indulging in their favourite pastime of painting themselves as the sole Defenders of the Poor. This would be a marginally more convincing if there was actually a radical, Thatcherite conservative government in office rather than the Cameron/May Tories who preach statist, paternalistic big government solutions to every problem – effectively Tony Blair’s missing fourth term.

It would be more convincing if there was more than a cigarette paper’s difference between centrist Labour and the leftist Toryism practised by a party which has more to say about “social justice” than liberty and freedom. But since there is so little difference, it doesn’t really matter whether Labour are in power or not – so they may as well take this decade to get their house in order and decide exactly what kind of party they want to be.

And if, at the end of that process of sober reflection, the decision remains that the party would be better off splitting into a hard left contingent and a centrist contingent for the professional political class then so be it. But this is a grave and permanent decision indeed, of sufficient magnitude that it ought to be determined by something more than the frustrated career aspirations of a few restless centrist Labour backbenchers.

There is a long-term case for splitting the Labour Party if its warring factions cannot coexist. But it deserves far more thought and consideration than today’s hot-headed parliamentarians and commentators seem willing to bring to bear on the question. 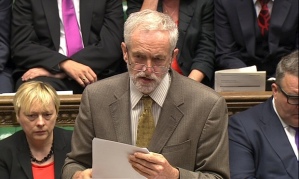