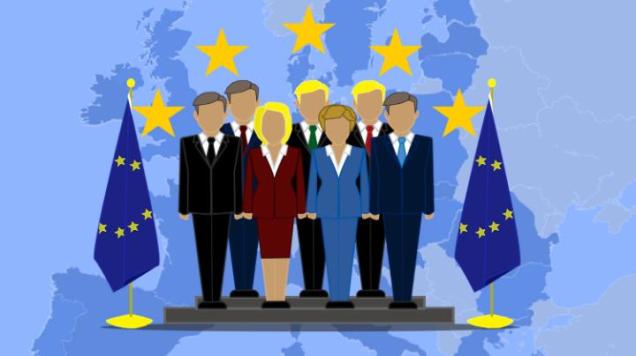 The question which exasperated EU defenders often ask when they (unsurprisingly) fail to win Brexiteers over to their side goes something like this: “But all these world leaders and heads of NGOs want Britain to stay in the European Union! Do you really think that you know better than all of these important people?”

And on the very surface it sounds like quite a disarming point – who are we, after all, to second guess the learned and wise decisions of our rightful rulers? But then one remembers that this is precisely what we are supposed to do. The very reason we moved beyond despotism and absolute monarchy is the fact that we do not want (and no longer have to suffer) a small, homogeneously educated “born to rule” class making decisions on our behalf unchecked; that the mere fact of occupying positions at the top of the establishment makes it likely that vested interests will begin to corrupt decision making, and that democratic checks and balances are the best means we have yet devised of guiding and restraining the behaviour of our very flawed, very human leaders.

This point is eloquently expanded upon in a new piece by Pete North, itself a response to a very smug and very ignorant piece in the Guardian by Nick Cohen, gloating at the unarguable ineptitude of the official Leave campaign.

In short, you’ve gotta ask yourself one question: do I feel lucky?

To which Pete North replies:

In his closing remarks [Cohen] asks “do you feel that the Institute for Fiscal Studies, Bank of England, IMF, OECD and the hundreds of economists we survey this week are all lying?”

I think they are politically slanted toward the status quo. I think they are exploiting the weakness of Vote Leave to disingenuously cloud the issue. I think they are wilfully ignoring facts they don’t like thus lying by omission. And I also think they are wrong because (and I say this in full knowledge of how it sounds) I have examined it from more angles than they have, and have thought about it longer and harder than they have, and I have explored areas they are barely aware of. They are largely ignorant of the political and practical dynamics. Their forecasts are of limited use and only their short term forecasts based on the immediate aftershocks have any real worth. I will argue that til the cows come home.

Cohen then asks “Do you feel that all our allies who are begging us to stay wish to lead us to our ruin?”

This is a shallow question. Firstly who governs us is absolutely none of their business. But there is a consensus groupthink at the top of global politics where they believe their own rhetoric and the rhetoric upon which the EU stands. That drives their calls for Britain to remain. But this is not about what they want. That is why we are having a referendum. I also feel that Brexit threatens to disturb that cosy consensus and it threatens their agenda for the accumulation of power. I think that is a good reason to leave in its own right. Brexit is a message that the power belongs not to them but the people. And that’s what this is fundamentally all about.

Absolutely so. Remainers love to affect that they live in a world of hard-headed reality while those of us who support Brexit and the restoration of nation state democracy are either conspiracy theorists or dangerous fantasists. But in fact it is the other way around – we have seen how supporting Brexit in the face of a chorus of establishment opposition is not only understandable but absolutely necessary in order to prevent too much power accumulating among the elites at supranational level. And it is the Remainers who studiously ignore mountains of evidence in which the EU’s architects and leaders speak quite openly about their motivations and desire to create a common European state.

But of course this does not stop Remainers from prancing around as though the burden of proof were somehow on the side of the Brexiteers. Typically, this arrogance expresses itself through articles which read something like this:

Before we can even begin to think about leaving the EU, Brexit supporters have to answer these ten simple questions:

1. What categorical assurances can the Leave campaign give that there will not be a 3 point magnitude earthquake in Torquay if Britain votes to leave the EU?

2. Where is the Leave campaign’s fully costed plan showing Britain’s GDP increasing above current trends once we cut ourselves off from the world and hang up a big sign declaring that Britain is closed for business?

3. Where is the Leave campaign’s signed (in blood) declaration from Angela Merkel that British citizens will not have to pass an IQ test before entering Germany in the event of Brexit?

4. How many human sacrifices will Britain make to appease Barack Obama after angering the US president by ignoring his advice in the referendum?

5. Where is the Leave campaign’s signed (in blood) declaration from John Kerry that the United States will not close its embassy in London and suspend diplomatic relations with Britain?

6. Where is the Leave campaign’s statement, signed by 500 economists, standing behind an economic model which proves that the price of foie gras will remain stable if Britain leaves the EU?

7. Prove that average global temperatures will not rise in the event of Brexit.

8. Prove that France and Germany will not face off against one another precipitating a new world war in the event of Brexit. (And didn’t millions of soldiers perish in two world wars precisely so that a united, supranational government of Europe might one day arise in Brussels?)

9. Prove that the Evil Tory government will not pass a bill on June 24 abolishing maternity leave and establishing mandatory child labour if we leave the EU.

10. Produce a list of fifty elected heads of state, all of whom have clear political interests in the steady maintenance of the established international order and avoiding the slightest disruptions to (or distractions from) their domestic agendas, all declaring that they want Britain to leave the European Union (with which they must simultaneously maintain good diplomatic relations)

And when Brexiteers look puzzled and inevitably fail to answer each question in a way which satisfies the EU’s cheerleaders:

Aha! See, they don’t know what Brexit will look like! Can we really afford to take the risk? Etc. etc.

Personally, I’m done playing that game. Dancing to the sanctimonious tune of the EU cheerleaders does not interest me. I do not have to prove anything. Yes, in order to persuade a plurality of people that voting to leave the European Union is safe, there must be a comprehensive and rigorous plan. Such a plan already exists, and is finally being spoken of (in content if not always in name) by a growing number of Brexiteers and commentators alarmed at the childish incompetence of Vote Leave.

But beyond promoting this plan and urging people to read it, there is nothing further left for thinking Brexiteers to do in this regard. It will never be possible to give the EU worshippers the assurances they demand – to prove that the recipe for Nutella will never change if we leave the EU. And they know this. Definitively proving a counterfactual is not possible, and it is this con which is helping the Remain campaign to a consistent lead in the polls.

But it might be possible to respect Remain campaigners a little more if they were capable of being honest themselves about the organisation which they so eagerly defend. And so when asked by sneering Remainers to prove to 100% probability that the cabbage harvest will not wither in the event of Brexit, we should respond with some challenges of our own.

And this blog’s challenge to sincere, thinking Remain supporters is for them to complete the following statements in an honest and remotely plausible manner.

Statement 1: I understand that continent-wide supranational political union is not strictly necessary in order for countries and people to cooperate and work together to solve common challenges, but I still think Britain should remain in the EU because…

Statement 2: I appreciate that global bodies such as UNECE, Codex Alimentarius, the IMO and ILO are responsible for creating much of what goes on to become EU regulations and directives, but I believe Britain should remain in the EU rather than seeking to regain our seat and wield influence at the true top tables because…

Statement 3: I, [insert name], want Britain to remain in the European Union because in my heart I feel more European than British, and do not want to be torn away from what I really consider to be my true country.

Remain campaigners who repeat any of these statements straight into a television camera will have my grudging respect because they will be making a case for the European Union based not on airy wishful thinking about what the EU is and might become, but rather on truthfully admitting their understanding of and acquiescence to the EU’s eventual aim of becoming a unified European state.

Those who persist in pretending to themselves and the rest of us that the European Union is benign, super democratic and Just About Trade, however, can take a hike for the remainder of this referendum campaign.

I am no longer willing to debate this issue while the Remain side occupy a position of fundamental dishonesty as to their understanding and intentions. From 10 Downing Street to Canterbury Cathedral we are being lied to, and I will no longer do anything which remotely assists these invidious people in their shameful, dishonest work.