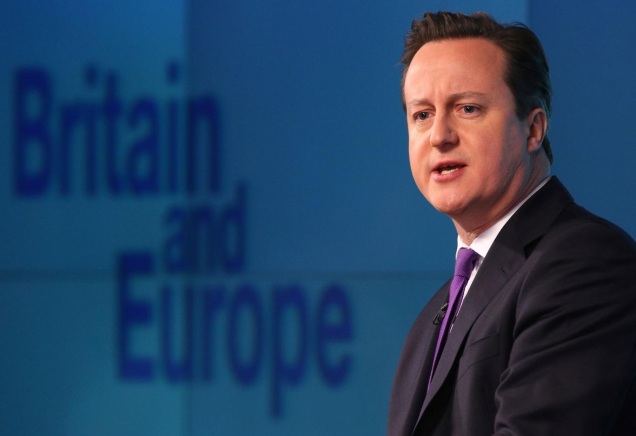 Politicians with the integrity to openly declare their stance on the biggest political issue of our generation should be the rule, not the exception

Like most people in Britain, Iain Martin has had enough of equivocating politicians – specifically Conservative cabinet ministers – refusing to take a public position on Britain’s EU membership, and maintaining the fiction that David Cameron’s cosmetic “renegotiation” can have any possible impact on their decision.

Martin goes so far as to call Conservative ministers “a bunch of careerist scaredy cats”, writing in CapX:

Britain’s looming vote on the EU is not – or should not be – politics as normal. It is a historic moment, in which the UK will decide to take one of two quite different paths. Party management and careers matter, of course, but sometimes there are choices that should be about something more than the mere game of politics. The EU referendum is one such event.

This is absolutely correct. Whatever one’s views on the European Union and Brexit, surely all of us can agree that this debate is infinitely more important than the minor tweaks to education, healthcare and fiscal policy which separate the various political parties.

Having established the importance of the coming referendum, Iain Martin issues the following challenge:

Ministers, it is make your mind up time. Although David Cameron’s renegotiation with the EU for new membership terms could have been the real deal, it is clear that it will deliver very little. It is In or Out, probably as soon as this summer. For that reason, ministers need to do something that is highly unfashionable and considered downright deranged in the British Establishment: decide what you believe – enthusiastically for In, reluctantly for In, or Out because you think it is best for your country – and get ready to fight for it at public meetings across the land. Don’t be scared. You are grown men and women. You might even be surprised how much voters like politicians saying what they believe rather than what is convenient for their careers.

This argument is – I know – a stretch, considering how careerist politics has become. But for anyone playing a leading role in the affairs of a nation to base such a vital decision purely on career progression or fear of friends is not only wrong, it’s pathetic. And in ten years time, none of it, all the hedging and game-playing, will matter a jot. By then David Cameron will be having a snooze after lunch in rural Oxfordshire. Osborne will be running the World Bank or a hedge fund. The decision on the EU, on the other hand, now that will have mattered a lot.

The current failure of Conservative ministers and other senior politicians to break cover and nail their colours to the mast only contributes to the (depressingly accurate) perception of contemporary politicians as principle-free careerists squabbling over the right to sit in technocratic management of our public services, rather than principled statesmen grappling with weighty political issues.

In our current political climate, where the Conservative Party runs away from small government principles in pursuit of the centre ground and Jeremy Corbyn’s Labour Party is criticised for actually being left-wing, it is clear that the vast majority of politicians prefer the former to the latter.

Power is pursued for its own sake, even if it means the centrist coalition of supporters cobbled together to deliver victory make it impossible to do anything remotely radical, transformational or different once in office. Thus, despite the overwrought rhetoric from both sides, neither Labour nor the Conservatives  propose a single policy which would move Britain away from its current centrist landscape.

Politicians who came of age in this age of the Tyranny of Centrism find it inordinately difficult to express a strong, sincerely held political opinion because all of their training and professional experience teaches them that pragmatic caution and a reflexive fear of fixed beliefs are the surest route to success.

Whether it’s the NHS, tax reform, constitutional reform or Britain’s relationship with Europe, MPs are strongly predisposed to fiddling around the edges themselves, while accusing others of partisan recklessness. Thus change is only ever incremental, and nearly always in the direction of More Government – the path of least resistance for any elected official.

Unfortunately, too many within the public and the media are willing to excuse this state of affairs, urging us to put ourselves in the politicians’ shoes rather than demanding sincerity and principle from our elected officials. It is therefore particularly pleasing to see Iain Martin losing patience with the status quo and demanding that those who seek to run the country actually declare the direction in which they would lead us.

The Tyranny of Centrism can only continue so long as we tolerate and enable it by rewarding glib superficiality and punishing strong displays of principle from our politicians. And on an issue as important as Britain’s future relationship with the EU, this is no time for fence-sitters, careerists or cowards.