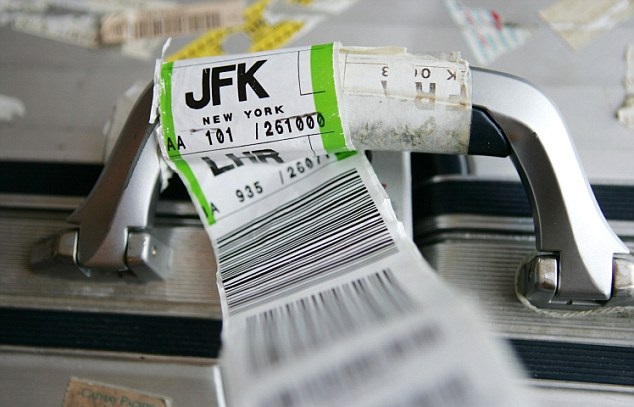 I’m currently back in the United States to celebrate Christmas with family in Texas. These short “Postcards from America” will document a few of my thoughts as I escape the political whirlwind of Westminster and look back at Britain from the vantage point of our closest ally

A musical contrast between Britain and America

I have been trying to find a way to describe the feeling I always get when I arrive back in the United States of America, a land I consider to be my spiritual home even though I am not yet a citizen (though married to one).

It is very difficult to put into words the emotion that wells up even before exiting the airport, whether it be New York JFK, Chicago, Cleveland, Dallas, Houston, Miami, Seattle or any of the other gateways I have used on my well over fifty arrivals here. The feeling of having arrived in a land of promise and possibility, an electricity in the air and a repose for the spirit which I feel even while waiting to collect the suitcases from the carousel.

But when words fail, music sometimes speaks. And the best way I can find to describe the difference experienced when travelling from the United Kingdom to the United States is with this musical analogy.

Two performances of the same piece of music, recorded by two legendary artists. Prelude no. 3 in C Sharp Major, BWV 872 from The Well-Tempered Clavier by Johann Sebastian Bach, performed first by Sviatoslav Richter and then by Glenn Gould, my favourite pianist.

Imagine that this first recording represents life in Britain:

This is the Richter version of the Bach prelude. Languid and undeniably beautiful, yes, with the edges softened by extensive use of the pedal. You can almost sense the nearly three centuries spanning the prelude’s composition and the present day in this warm but muffled recording.

Now imagine moving from this setting to the utterly different world of the Glenn Gould version, representing America:

The two recordings could hardly be more different.

The musical notes are the same, just as Britain and America share a common language and very similar cultures by virtue of our shared history. But the two interpretations are worlds apart, just as everything from local culture to local government is different on either side of the Atlantic.

Nobody had ever played the music this way until Glenn Gould came along. Prior to Gould, playing Bach on the piano was a dry and dusty affair, characterised by performances and recordings which shrouded the intellectual beauty and emotional resonance with thick layers of stultifying sameness. And then Glenn Gould turned things upside down and showed that Bach’s keyboard music did not have to be a revered but inherently boring exercise; that by engaging with the music with a creative mind, it was possible to bring dead music to life.

The Gould version is bright and clear. The first half of the prelude is strutting and unselfconscious, while the second part takes off like a rocket – joyful, vibrant and carefree. The individual lines of both the prelude and fugue are more clearly articulated and easier to distinguish, while still contributing to a powerful and musically convincing whole. E pluribus unum. That’s America, right there in this recording. 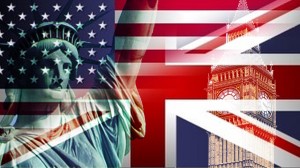 To my mind, this is the experience of moving from Britain to the United States. From an ancient land of history and heritage – the mother country – to the bright promise of the newer, bold and assertive superpower. The place where even in these difficult times, all things still seem possible.

A land where the sun shines infinitesimally brighter (my first action on arriving in Louisiana was to purchase new sunglasses. In December.) A land where the sky literally seems bigger, and the horizon wider. A land where the flavours are bolder, the entertainment glitzier, the music more vibrant and the people unfailingly friendly.

A country whose best features and deepest flaws are both so much more exaggerated than is the case in Britain – whether it be the remarkable philanthropic and community spirit on one hand, or the endemic tragedy of gun violence on the other.

But more than that, a country which still feels consequential in terms of shaping human events. A country whose politics and politicians – however glib and anti-intellectual they can sometimes be – still possess the aspiration and self-confidence to deal with weighty matters, to forge ahead in search of the best pathway to freedom and prosperity. And whose people still believe in their country as a force for good in the world, when they stay true to their values.

You can see the difference by comparing the raucous presidential primary debates currently underway here in America with the spirit-crushing televised encounters in Britain ahead of the May general election. In America, issues like healthcare, immigration, government surveillance and foreign intervention are debated fiercely in public – with both sides making reference to that most wonderful of things, a written constitution which makes the people sovereign and grants government strictly limited powers, rather than the other way around.

In Britain, by contrast, our leading politicians and political parties competed to be judged the safest custodian of our creaking public services. We went to the ballot box to decide who we trusted most to reduce the budget deficit, make the trains run on time and the bin collections more reliable. In granting David Cameron a second term as prime minister, we didn’t so much elect a world leader as appoint a lowly Comptroller of Public Services, someone to kick when we feel short-changed as passive consumers of state-provided rations.

On existential matters like Britain’s place in the world, the best way to promote economic growth or to ensure future national security, the British political debate during the election campaign could not have cared less – and there was virtually no difference in the statist paternalism of the two main parties, other than in rhetoric. No political party had the courage to suggest that our outdated, 1940s model of state healthcare delivery might need serious reimagining in the twenty-first century, and only a handful of us cared enough to call them out for their craven refusal to acknowledge this difficult truth, and many others besides.

Fewer than four million of us believed strongly enough in the principle of national democracy and sovereignty that we cast a vote for the one party which explicitly objected to the gradual absorption of Britain into the supranational state known as the European Union.

And through it all, this blog has felt like something of a voice in the wilderness, with no politician or party to champion the causes of personal liberty, free markets and national sovereignty upon which everything else rests – but which too many other people seem happy to forsake in exchange for a chimerical, temporary measure of security and prosperity. 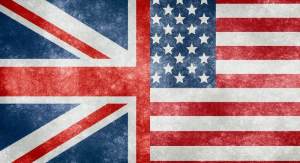 Here in the United States, for the precious couple of weeks until we go home, I don’t have to think about any of that. Of course America has issues of its own – big, intractable problems and burning injustices which befit a country of her size and consequence to address and overcome. But at least Americans still (just about) know who they are. At least they have not yet fractured into a messy coalition of competing special interest groups, to the extent which Britain has now splintered.

Patriotism and love of country still mean something in America. Yes, sometimes the sentiment expresses itself badly, through an ignorance of the rest of the world and the lazy assumption that America is always the best at any given thing. But perhaps unnoticed by many in Britain, there is also here an abundance of that quiet patriotism – the celebration of Independence Day and Thanksgiving, the flags flown in school classrooms without the ludicrous fear that it might “offend” someone of minority ethnic heritage, or the way that veterans are honoured and soldiers in uniform routinely invited to fill empty first class seats on airplanes – symbols and gestures which are the bedrock of a strong and cohesive society.

Of course debates rage fiercely in America – over Donald Trump, Hillary Clinton, the Koch brothers, the Tea Party, the Iraq war, the ISIS threat, birtherism, abortion, LGBT rights, church and state, the mainstream media and much more. The many are not always one. But when it really counts, they are one people. They bleed red, white and blue together.

America the beautiful: this is where I come to recharge my spiritual batteries. And as I prepare to throw myself into the battle for Brexit – defending the country of my birth and the concept of the nation state itself from an insidious form of supranational governance whose advocates have repeatedly failed to explain how democracy will be preserved in their brave new world – I will need all the power I can muster.

God save the Queen. 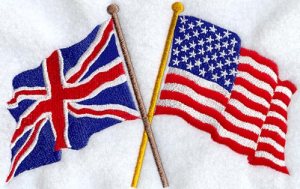 One thought on “Postcard From America: When Words Fail, A Musical Analogy”