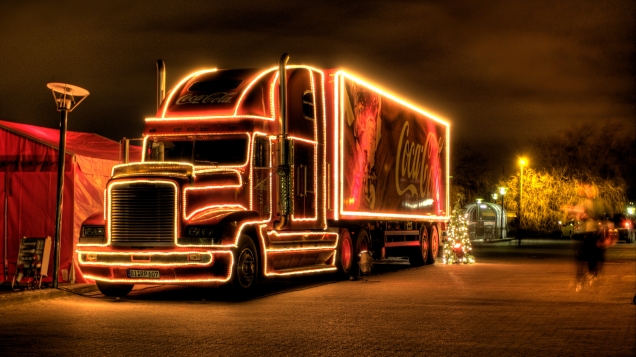 The solution to the obesity crisis lies with adults and parents, not the nanny state

We are about to find out. On 17 December, the Coca-Cola Christmas Truck (from the famous television commercials) will roll into Leicester on the final stop of its UK tour, bringing holiday refreshment to boys and girls in the Midlands. A lovely festive occasion, you might think.

Wrong. According to the League of Virtue-Signalling Health Nuts*, the Coca-Cola Christmas Truck is a menace, bringing nothing but dental cavities and Type II diabetes to the hapless people of Leicester – innocent and impressionable souls who have no option but to ceaselessly guzzle from any can of carbonated toxicity placed within arm’s reach. Yes, Evil Santa is on his way to waterboard your kids with unwanted soda.

Leading the moralising charge against Coca-Cola is Keith Vaz, who thinks that sugary drinks belong in a locked cupboard under the sink, next to household bleach and drain cleaner. From the BBC:

Keith Vaz insists he does not want to be a “killjoy”, but said the truck would send the wrong message in a city where Type 2 diabetes is rising and a third of children have tooth decay.

He predicts people will protest if the truck does come to the city.

[..] “I know people like special things happening at Christmas, but Coca-Cola are coming to promote their product and in each can of Coke there are seven teaspoons of sugar,” he said.

Of course Keith Vaz has form when it comes to demonising Coca-Cola. The MP for Leicester East also protested loudly against the company’s sponsorship of the London Eye, on the basis that the presence of a red-hued circle on the London skyline would instantly hypnotise Londoners into a soda-consuming trance. Really, it’s beyond parody.

This is just the latest in a long line of attempts to get the already over-active British nanny state to regulate such things as how much sugar we consume, how and where we enjoy tobacco, when we are allowed to gamble and even when we can shop.

Just last month, celebrity chef Jamie Oliver gave evidence to a parliamentary health committee and called for a “sugar tax” to stop all of us uneducated plebs from getting too carried away with the Mars bars and sugary beverages (Oliver himself only uses Moral Sugar in his recipes and chain restaurants, naturally).

But an ostentatious concern for public health is only part of the story. Leicester also hosts one of Europe’s latest Diwali celebrations, where it is traditional to hand out – you guessed it – Indian sweets. Unsurprisingly, nobody is seeking to cancel Diwali or launching a public campaign aimed at Hindus, encouraging them to swap the gulab jamun for carrot sticks – because Diwali is not a global corporation, and many of the sweets are home made.

No, the protests against the Coca-Cola Christmas truck are sadly just another case of left-wing virtue-signalling. Keith Vaz and most of the protesters know deep down that the only way to tackle the obesity crisis is for adults and parents to exercise greater responsibility over what they feed themselves and their children, sometimes facilitated by better and more accessible education. But that’s just too dull, so instead they have to invent the menace of the Great American Corporate Bogeyman coming to give our children diabetes as yet another excuse to suck the joy out of life.

There’s nothing wrong with enjoying a glass or two of Coca-Cola, especially at Christmas. What’s really dangerous is treating grown adults and teenagers like mindless lemmings liable to developing a soda addiction at the mere sight of a big red truck. But because people like Keith Vaz derive their power and authority from presuming to tell us how to behave, we can only expect more such finger-wagging, faux-outraged protests in the future.

Maybe better to send the Coca-Cola Christmas Armoured Personnel Carrier to Leicester in place of the truck this year, just in case things turn ugly.

* Not (yet) a real organisation. 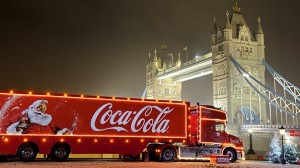 First published at Conservatives for Liberty

Conservatives for Liberty are holding a lobby evening on Wednesday
25th November called Forgive us our Trespasses: The moral case for
choice and responsibility. This event gives you the opportunity to
hear from a number of MPs about why they believe in individual choice,
and to ask them any pressing questions you may have.

The evening will focus on freedom of choice and the belief that adults
should be free to weigh pleasure and risk and decide for themselves
when it comes to products such as cigarettes, e-cigarettes, alcohol,
and fatty or sugary foods. You can read more about the evening here.

If you want to attend, you will need to RSVP by emailing
stephen@con4lib.com. This event will be held in parliament, and the
details of the Committee Room will be sent to people who sign up. We
have a limited capacity, so you are encouraged to RSVP soon.

In the spirit of freedom of choice, and in true Conservatives for
Liberty style, there will be drinks after the event in a nearby pub.

Further details and updates can be found on our Facebook event here.