The first of the pro-EU campaign groups, snappily named “Britain Stronger in Europe”, is due to launch later today, and will be headed by ex-Marks & Spencer celebrity CEO Stuart Rose.

At the launch on Monday, Rose will say: “Those of you who know me will know that I am not an uncritical fan of the European Union. Far from it. That’s why I signed a letter arranged by Business for Britain calling for reform of the EU. Wanting reform, however, is not the same as wanting to leave.

“To claim that the patriotic course for Britain is to retreat, withdraw and become inward-looking is to misunderstand who we are as a nation. In this ever-changing and very uncertain world we need to engage with strength.

“I will not allow anyone to tell me I’m any less British because I believe in the strongest possible Britain for business, for our security and our society.”

It seems as though accusations of a failure of patriotism and belief in Britain are finally hitting a nerve. Good – these accusations are entirely valid, and the pro-EU crowd should regularly be made to feel uncomfortable by being confronted with their lack of faith in their own country to survive like nearly every other major country outside of the European Union.

It is continually amazing to witness the extent to which the pro-European forces do Britain down in order to make their flimsy case. The United Kingdom is the sixth largest economy in the world, a cultural powerhouse, a liberal democracy and a declared nuclear power. If a country of our size and influence cannot negotiate satisfactory trading relationships with the rest of the world, then no country can. And of course far lesser countries than Britain do negotiate bilateral and mutual trade deals every year without difficulty, rendering this scaremongering line of argument absurd – not that we have seen the last of it, by any means.

The next time a pro-European brings up the scaremongering warning that Brexit would doom Britain to economic isolation, remember this truth and remind them of it. Assuming that Britain cannot survive and prosper in the manner of Canada, South Korea or Australia – all developed countries which saw no need to dissolve their sovereignty into a regional superstate – is the very definition of a lack of patriotism, and apologists for this school of thought deserve to be called out for it.

But worse than the lack of belief in Britain – which one can only imagine was forged for many EU supporters in the fires of 1970s political crisis and national decline – is the wilful distortion and misrepresentation of what eurosceptics really want. Stuart Rose is at it again today, suggesting that those of us who oppose the antidemocratic EU want to “retreat, withdraw and become inward looking”. Not so.

On the contrary, most eurosceptics yearn to break free from Brussels because it is the EU which prevents us from fully and enthusiastically engaging with the world on our own terms. Yes, there are those whose euroscepticism is primarily based on a dislike of current immigration levels and the government’s lack of control over the numbers and planning. But ask any leading eurosceptic politician – say Nigel Farage, Daniel Hannan or Douglas Carswell – what they think of Brexit, and they will tell you that they see it as an opportunity for British firms to continue selling into Europe on the back of a bilateral trade deal, and for the British government to be more  nimble in its approach to developing and nurturing commercial opportunities beyond Europe.

But Stuart Rose and the team at Britain Stronger in Europe don’t want you to know this. They certainly don’t want the British people to know that eurosceptics can also be fans of globalisation and the benefits that it brings, because a largely unearned reputation for being more worldly and open than eurosceptics is about all that they have going for them.

The truth is that the pro-Europeans are the only ones scared of the world, and who want to batten down the hatches, lowering our ambitions to the limited trading options curated for us by Brussels. It is the pro-Europeans who believe that Britain could never sign a successful trade deal with some second-rate country on our own, and that we need the mighty EU to do it for us. And it is the pro-Europeans who are so terrified at the prospect of British firms competing against the best in the world that they want to keep us swaddled in the EU’s protectionist bubble wrap.

No, Stuart Rose is not any less British because he wants us to remain in the EU. But he is less of a British patriot, by any reasonable definition of the word. And he is just going to have to learn to live with that, so long as he remains the figurehead of a campaign which spends every hour of every day telling us that we don’t have what it takes to forge our own partnerships in the world, or live our lives without the protective filter of EU bureaucracy. 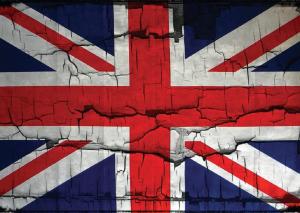 3 thoughts on “No, Stuart Rose: To Leave The EU Is Not To Withdraw From The World”