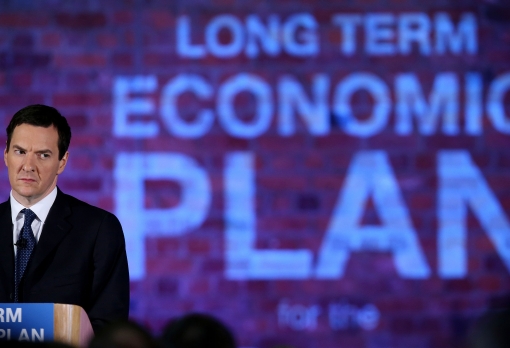 We are in danger of getting so carried away praising George Osborne’s tactical genius in commandeering Labour’s compulsory national living wage that we forget to notice his total betrayal of conservative principles.

On a purely tactical level, George Osborne’s Budget of 2015 – the Conservative Party’s first for nineteen years – was a masterstroke.

At the nadir of Ed Miliband’s dismal attempt at being Leader of the Opposition, the Labour Party attempted to wow voters with their feeble plan to increase the minimum wage to £8 per hour – by the year 2020. And yet despite having defeated Labour resoundingly in the 2015 general election, it seems that the Tories were only just getting started – they have now twisted the knife by neutralising Labour’s main line of attack against the budget with their secret weapon, a re-branded “national living wage” of £9 per hour by 2020. With Tories like this, who needs the Labour Party anyway?

A fair question. But given George Osborne’s shameless appropriation of a flagship Labour policy, here’s another equally valid question: why bother voting Conservative ever again, either?

The national minimum wage – state control over the wages and employment conditions of over one million people – is a thoroughly un-conservative idea. What’s more, George Osborne’s rush to embrace the living wage makes a mockery of conservative arguments against government-controlled pay – either the Chancellor is deliberately riding roughshod over conservative orthodoxy, or he genuinely believes that conservatives were wrong about the minimum wage all along.

Before the general election, Tory candidates and spokespeople were arguing forcefully that enforcing a higher minimum wage would lead to increased unemployment and hurt the working poor more than it helped them – and yet George Osborne is now essentially admitting that this was a lie. Apparently we are supposed to believe that a minimum wage increase will only cause unemployment when it is enacted by a Labour government – when the Tories do it, on the other hand, it is a masterstroke of compassion and political genius.

This is nonsense. Minimum wage, national living wage, call it what you want – like so many policies of the political Left, all it tries to do is plaster over the symptoms of a national problem rather than tackle the root cause. We expect the Labour Party to dwell in their alternative reality where tax hikes don’t act as a disincentive to work and over-regulation is actively welcomed by employers, but it is saddening to see the Conservative Party fall victim to the same intellectually lazy, heart-over-head way of thinking.

Of course anyone who toils hard working a full time job should earn enough money from their labour to live a good life and support themselves and their families. Many of those currently on the minimum wage – large numbers of nursing home carers, for example – do work that is absolutely vital and of far more social good than those whose bonus cheques come in five or six digits. But we solve nothing in the long term by declaring an arbitrary minimum wage, no matter the formula used to arrive at the level.

If the British workforce was better educated, more highly skilled and more flexible, more people would be capable of taking higher value-added jobs which command higher wages. This in turn would mean less competition for those jobs demanding lower skills, meaning that the people who took those jobs – which in an ideal world would only be those at the beginning of their careers, those working part time to support further study or those who find their personal fulfilment outside of work – would not be engaged in such a race to the bottom for pay and conditions.

This is the hard work that must be done to transform Britain into a high-skilled, high-wage economy. It will require a genuine revolution in our education system, innovative new partnerships between universities and industry, better protection and exploitation of intellectual property, and many other radical government policies – though it is an Apollo Program for education which Britain needs most urgently. But a national living wage, well-intentioned though it may be, all but guarantees that these vital reforms will never happen.

Why? Because there will be zero incentive to make bold and difficult policy choices to make Britain’s workforce the best educated in the world if all workers receive an artificially high wage for their labour by government decree. If it becomes generally accepted opinion that a person’s wage should not represent the value of their labour but rather the amount of money that some formula determines is required to live a good life, we strike at the very heart of democratic capitalism. And it encourages us to be lazy – why go through the difficult process of reforming our education system if we can just make up for our repeated shortcomings by making firms pay people more than their labour is worth?

A truly conservative Chancellor of the Exchequer, serving in a truly conservative government, would understand this fact instinctively and eschew any attempt to perpetuate existing minimum wage policies – not out of antipathy to the poor or those on low pay, but because nothing is solved in the long term by using the fig leaf of a “living wage” to distract from the fact that our workforce remains too unskilled, too immobile and too uncompetitive.

Once again, David Cameron’s Coke Zero Conservatives feel the need to make overt displays of “compassion” by adopting the ideas, policies and language of the Left, instead of making a passionate intellectual argument in favour of conservatism and conservative solutions.

Anyone who works hard for a living should be earning at least £9 an hour, and probably a lot more, in order to live the rich and fulfilling life which should be available to every British citizen. Of course they should – that much is not in dispute. But to seek political advantage by jettisoning sound conservative policy in favour of the superficial solutions of the Left is a betrayal of all those who voted Tory in the expectation of getting a conservative government.

So by all means admire George Osborne’s skills as a tactician and revel in Labour’s wheedling and inept response to having one of their flagship policies shamelessly pilfered by the Chancellor.

But when you have had your fill of that, you might also consider asking yourself why – when the centrepiece of the first Conservative budget since 1996 was a beefed-up version of Ed Miliband’s failed Labour policy of 2015 – you even bothered to vote at all. 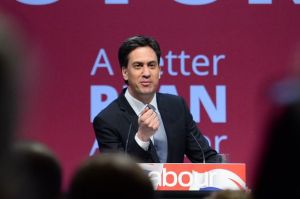