We are at that point in the eternal cycle again. Something bad is afoot in the world, the United States of America pricked up its ears and made noises about military intervention, and the world turned to look at Britain to see whether we would leap on board too. And to begin with, everything was proceeding according to the long-established formula. The Prime Minister made the usual belligerent noises, condemned the atrocities taking place (in Syria this time, in case anyone was sitting this round out) and urged the United States to take a strong stance, with the obvious implication that Britain would occupy her usual place in the co-pilot seat.

But then something unusual and unscripted happened – the Prime Minister was manoeuvred into seeking approval from Parliament. MPs, annoyed at being called back from their summer vacations, wary of government intelligence in the wake of Iraq and, as always, looking to protect their own political hides, voted against authorising UK military action. Scandal! Or actually, just democracy working as it should.

And now, all anyone can talk about is how much this foolhardy decision must have diminished us as country, about how we have deteriorated and declined as a nation, and will continue to do so, and how everything is wretched and terrible and how awfully embarrassing it must be for our political leaders to have to represent Britain abroad when Zimbabwe and Somalia are clearly so much better.

Anyone following British television or print media’s coverage of the G20 summit currently taking place in St Petersburg, or the international response to the British parliamentary vote in general, will have been treated to a parade of insecure, snivelling, sometimes self-righteous commentators solemnly telling us that the special relationship between the United States and the United Kingdom has been dealt a death blow, that Britain’s international credibility is in tatters, that we are the laughing stock of the world and that there is little left for our nation to do but limp out to a desolate spot in the north Atlantic and sink ourselves.

Britain doesn’t sit at the big table because we dutifully follow the United States from one armed conflict to the next. That is not – repeat not – the reason. We sit at the big table because of the hundreds of countries in the world, our economy remains the seventh largest, and one of even fewer lynchpins of the global economy. Many of the world’s greatest inventions and finest companies originated and are based on our shores. Our capital city is the capital city of the world, an indispensable hub for global finance, commerce and culture.

We are a declared nuclear power, and possess one of five permanent, veto-wielding seats on the United Nations Security Council. Our military and intelligence gathering organisations are integrated with their sister organisations in the United States to a degree that no other nation can claim. Our armed forces (despite unwise government cutbacks) are among the most well trained, powerful and deployable in the world, and our country fields one of only three blue water navies to command the oceans.

British popular music, art, literature, film, television and all forms of culture enjoy a popularity and international cultural hegemony second only to the United States. Our people are industrious, friendly, stoic and tolerant. We invented the English language and yes, we speak it better than our transatlantic cousins.

That is why Britain matters, is respected, and is a force to be reckoned with. Not because we go along with Plan X or Plan Y to come floating out of the halls of Washington DC. Sometimes I find myself aghast at the need to remind my compatriots of these simple facts. 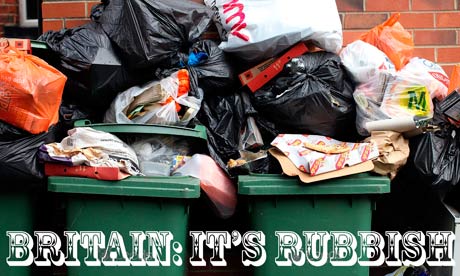 Did growing up in unionised, socialist, pre-Thatcher, pre-1979 Britain so affect and wound the collective psyche of our political leaders, journalists and commentariat class that they will disregard these manifold blessings and benefits – attributes that any country would be proud to possess – at the mere sight of a negative headline in an American newspaper or an off-the-cuff remark by a junior American administration official? For shame.

If nervous, wet politicians and journalists want to wring their hands and fret because John Kerry called France the oldest ally of the United States (a historical, verifiable fact rather than a poke in the eyes of the British), so be it. But recall that President Obama, speaking from the Rose Garden of the White House, correctly referred to the United Kingdom as America’s closest ally. Because it is demonstrably true, has been for years, and will continue to be so.

The bottom line is this: Britain can afford to sit out a round or two of military intervention now and then, and with so many other countries in the world who profess to care about human rights, we don’t always have to be the ones spilling the blood and treasure in their defence. Britain is a strong, enduring nation, and does not need to prove this fact to the world by getting actively involved in every military conflict, all the while dividing our population and depleting our treasury. America will not stop taking our calls because we sit out this particular action in Syria.

And since when did an expression of British democracy in action – our elected House of Commons voting “no” to a government motion authorising military action – become something to be ashamed of, or to apologise for? Do those people who fret that Britain’s non-participation will be the end of our global prestige really think that bombing sovereign nations at will without consulting the people is more worthy of respect than consulting the people, and holding back when the peoples’ representatives enforce their will?

I do not care to live in their mental version of Britain. Whilst I ache for a written constitution for the United Kingdom and clearly delineated separation of powers, this parliamentary debate, on the whole, was a moment to be proud of.

It concerns me that even our Prime Minister has difficulty articulating the virtues of Britain and making a robust defence when pressed by interviewers who detect political blood in the water and incorrectly perceive our standing in the world as being diminished whenever we are not in lock-step with the United States. It often seems that all David Cameron can do in response to these interview ambushes is stare at his feet and mumble about how many times a day he speaks to Barack Obama, when what he should be doing is reciting a lusty, more eloquently written version of this very article.

We are British. We are a great country. Our economy may still be in the toilet, and we may be governed at present by dilettantish non-entities in the mode of David Cameron, George Osborne and Nick Clegg, but these things shall pass. And when they do, Britain will still be a great country.

Here’s a closing thought: the world might respect Britain a lot more if we showed ourselves more respect for who we are, what we have done and what we can do as a nation.

4 thoughts on “Why Britannia Rules”