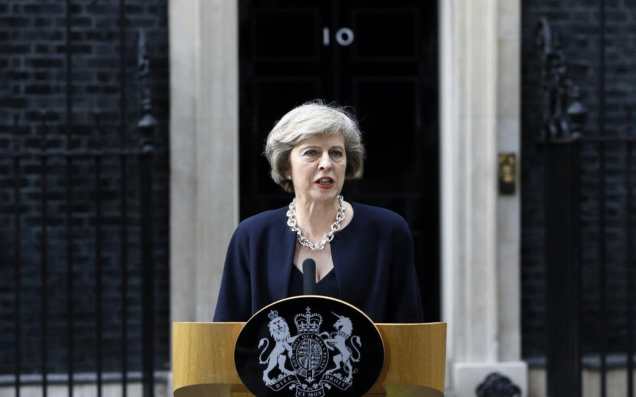 What if the current Tory Party represents a dangerous, long-ascendant fifth column within British conservatism?

In a blistering attack on the party of Theresa May, Philip Hammond, David Cameron and George Osborne, Laura Perrins of The Conservative Woman declares that the Tories are now the “enemy within” and the single greatest threat to what remains of British conservatism.

Perrins’ dissatisfaction with the Conservative Party – like that of this blog and other malcontents of much longer pedigree such as Peter Hitchens – has clearly been building for some time, but finally reached boiling point when the Conservatives cooked up their  “presumed consent” scheme for organ donation, yet another policy which sounds fluffy and caring at first glance but which would effectively make one’s body the property of the state, merely on loan to you not from God or nature but from Her Majesty’s Government, to which it must be returned upon death unless one specifically requests an exemption.

The last straw for me was the proposed ‘presumed consent’ organ donation scheme, more accurately described as the State organ appropriation scheme. This is small fry in the scheme of things but it sums up the whole rotten party. The concept that your body is yours, and remains yours and then under the control of your family after death, is so fundamental, so obvious, so visceral and so conservative that it should not need explaining.

Now Theresa May tells us that in fact your body belongs to the State, unless you have taken the time and trouble to tell the State otherwise. This is wrong in principle and in practice. I was on a radio show with a chap who was waiting for a kidney and he said that his surgeons told him there were not even the beds or doctors to take advantage of this scheme. So, the Conservatives are grabbing organs just, as usual, to look nice. See, neo-Statists.

I had a very similar reaction at the time, not because I am any less keen to see organ donation rates improve and waiting lists decrease, but because this way of going about it represents about as big a power grab by the state as it is possible to make:

I really, really object to idea that the State owns my organs by default after death. This is fundamental. It really is.

Me too. I desperately want to see more organ donation but opt-out effectively makes us property of the state, an awful precedent. https://t.co/rMbudzLEbm

But this is just one of the many ways which the impostor party which bears the name “Conservative” has made a mockery of the principles they supposedly stand for, and Perrins goes on to recount the full litany at length.

Let’s face it, the Conservative party are neo-Statists and have done more damage to conservatism in this country than Labour ever could. The current leader of the party believes actual conservatism – small government, strong families and the free market – is nasty. She actually said this, yet we are all to go merrily along backing this wretched party no matter what, as we did in the last election – much to my regret.

This is the party that believes an energy gap is a good idea, and that continued government guarantee of tuition fees is sensible. The Tories are as ideologically wedded to the socialised health system that is the NHS as the Labour party is, all because they think they will look mean if they point out that in fact the Emperor has no clothes.

The Tories have interfered with the childcare market, causing the costs to rise year in, year out. They want more mothers in work, whether they want to be there or not. They lecture us on what to eat and drink; no detail of our life is beyond government note-taking. Now they have instructed GPs to ask what your sexuality is. This is Nanny turned Nurse Ratched.

The Conservatives love big government. There has been no reduction in quangos – they have quangos lobbying their own government, for goodness’ sake. They use the school system to try to solve every social problem: FGM, toothbrushing, sex education, pornography, drugs, healthy eating, on and on it goes. The national debt could hit £2trillion in the next ten years.

And so it goes on – Perrins inevitably touches on the march of the Cult of Social Justice and Identity Politics, noting that the Tories have bent over backwards at every turn to accommodate increasingly avant-garde and unproven leftist orthodoxies around gender and family life. And to each accusation there is little which can be said in defence.

Of course, there are exceptions, and I do not agree with all the charges laid by Perrins at the foot of the Conservative Party. I would certainly argue that some of the concessions to modernity made by the Tories are good and entirely necessary, particularly the opening up of the stabilising, enriching influence of civil marriage to same-sex couples. But even where one agrees with the thrust of Tory policymaking on social issues there can be little denying that the fears, objections and liberties of dissenting individuals and religious organisations have been trampled in the process.

So what to do, given that the present-day Tory Party is at best ambivalent and at worst hostile to many conservative values and priorities? Must we really shrug our shoulders, be grateful that we don’t have Prime Minister Jeremy Corbyn and put up with the dismal, directionless leadership we currently have?

Laura Perrins hints that maybe we do not have to put up with this Coke Zero Conservative government after all:

A Labour government would be grim, don’t get me wrong. But I wager that they won’t last long, they will split, and they will not get to do half the things they say they will do. They have already ditched the tuition fee promise and they are not even in power. In sum, they are not the long-term threat to this country.

I am inclined to agree. As I have written numerous times before, at present small-C conservatives have the worst of all worlds. We are nominally in power, yet virtually none of our values and priorities are being addressed by the government. We are continually assailed by the Left for supposedly being heartless, callous and cruel towards the generically “vulnerable”, yet the budget deficit persists, the national debt grows and the idea of real fiscal conservatism remains as remote as ever. We are accused of seeking to destroy the “beloved” socialist edifices of post-war Britain like the welfare state and Our Blessed NHS, yet Universal Credit rollout by 2022 is apparently the best we can do.

As I once wrote:

If I’m going to be accused of callously taking a jackhammer to the welfare state I at least want to see a little bit of rubble as my reward. But there is no rubble, only the stench of craven capitulation to the leftist forces of perpetual dependency.

So given the near-futile hope of meaningful conservative ideological renewal while in power, how much worse could a Corbyn premiership actually be? Here, I again agree with Perrins. While Jeremy Corbyn himself would probably love to take the country galloping off to a hard leftist destination, in practice he is constrained by the centrists within his party. And as we are all currently witnessing with the Brexit debate, establishment centrists have a way of grinding down objections and diluting any idealism in order to get the self-serving stability which they want for themselves.

While at present this centrist handbrake serves to stymie Brexit and torpedo any possibility of real small-government conservative reform, in the event of a Jeremy Corbyn premiership the same centrist blob would also serve as a drogue parachute, arresting any sudden leftist moves attempted by Labour and limiting the damage that such a government could inflict. Therefore, revoking all support for the current Tory government need not be calamitous. After all, when we already have a government which is willing to decimate the armed forces, firehose foreign aid at countries in a manner totally unaligned with our foreign policy goals, trample civil liberties and spend taxpayer money like a sailor on shore leave then how much worse could it possibly be?

What Perrins’ article does not do, however, is spend much time looking at what kind of party the Conservatives should become if only they can be retaken. And here there is a genuine tension, not between the kind of social conservatism presumably favourable to The Conservative Woman and craven submission to the identity politics cult, but between social conservatism and free markets.

This is a battle for the soul of British conservatism which has been suppressed for far too long. A new balance must be struck between social conservatism and free markets which addresses the key challenges of our time – globalisation, automation, migration, national identity, defending Western values and defeating Islamist terror – in a way which attracts and inspires voters. The Conservative Party’s current policy mix isn’t turning any heads, and is actively alienating most people under fifty years of age. Our sole saving grace is that Labour haven’t yet come up with a compelling solution either.

There remains an opportunity for conservatives to answer these critical questions and arrive at a new balancing of priorities which works for the country, though doing so while still in office is a tall order. But if we are to have any chance of success we must begin by acknowledging that the contemporary Conservative Party is not and has not been a friend of small-C conservatism for many years.