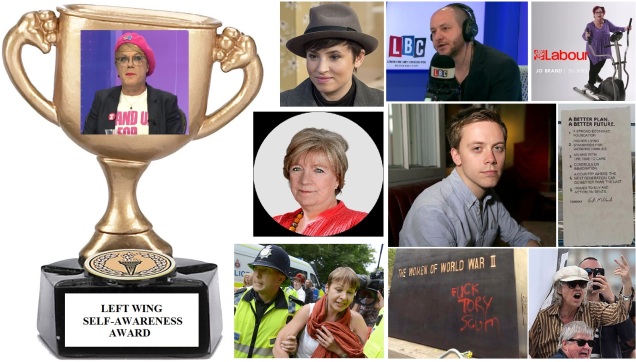 More credit where credit is due to Jonathan Ashworth, Labour’s Shadow Health Secretary, who took a break from leading public worship of Our Blessed NHS (genuflect) to encourage Labour activists to see Conservative voters as potential hearts and minds to be changed rather than unconsionable, amoral degenerates.

The shadow health secretary has urged Labour to see Conservative voters as the party’s “friends and neighbours and relatives” rather than portraying those who are attracted to Theresa May’s offer as the enemy.

[..] He claimed that while there was no intention by Labour figures to portray Conservative voters in a negative light, the “febrile world of Twitter and social media can sometimes inadvertently convey that”.

Ashworth said his message was to stress: “Those who vote Conservative aren’t our enemies. They are our friends and neighbours and relatives. We need to be convincing them to switch to Labour where we can.

“They are people who live in our communities – we need to be persuading them as well as ensuring that those who voted Labour in past elections are sticking with us again.”

It’s a little bit cheeky of Jon Ashworth to suggest that there has never been any intention by Labour figures to portray Conservative voters in a negative light. The mere fact that prominent Labour politicians and activists choose to argue in such stridently moral terms about left-wing policies being altruistic and right-wing policies being motivated by base self-interest makes a clear implication that Tory voters are morally deficient – there simply is no other inference to be drawn from the rhetoric.

One might also consider the official Labour party leaflets distributed in the recent Copeland by-election, warning that a Conservative victory would literally “cost mums their children”.

The Guardian reported at the time:

A graphic Labour pamphlet warns voters in Copeland that a Tory victory in the by-election will “cost mums their children” in an open letter aimed at highlighting the risks of NHS cuts in the constituency.

The handwritten letter in support of Labour candidate Gillian Troughton, a St John ambulance driver and former hospital doctor, is from local mother Paula Townsley. The leaflet is the second posted through letterboxes by Labour activists to contain dire warnings about the closures of maternity services at West Cumberland hospital.

Accusing conservative voters of aiding and abetting in the death of babies doesn’t seem particularly inadvertent. On the contrary, it sounds like a deliberate attempt to make conservative policies seem not simply misguided and erroneous (as conservatives believe left-wing policies to be) but deeply, profoundly wicked. And presumably this election pamphlet was signed off by somebody with at least some authority within the Labour Party.

That being said, Jon Ashworth’s clear and explicit exhortation to Labour activists encouraging them to see the humanity in conservative voters (rather than Evil Tory vermin to be avoided or exterminated) can only be a good thing.

Not everybody agrees, though. A below-the-line commenter over at LabourList retorts:

What troubles me is the sacrifices in our values we have to make in order to appeal to Tory voters. What aspects of our manifesto would we have to dump? And how would that go down with our core vote?

None! At this point, you don’t have to make any sacrifices to your values. Just stop treating the other side as though they are pantomime villains, and you will be at least 30 percent of the way there. Dare to imagine that your opponent’s conservatism is borne of a legitimate moral framework and a sincere belief in what is best for society and the country, just as you believe that left-wing policies are the panacea. That’s all you have to do at this stage!

When it comes to toxic left-wing activism, it is the grassroots that do 80 percent the damage – on social media and through their coarse and vulgar protests. Jon Ashworth is correct to say that it is not usually Labour MPs themselves who are most responsible for whipping up anti-conservative hatred – or at least they tend not to do so while the cameras are rolling. Therefore Labour politicians have a responsibility to warn their more hot-blooded activists that treating Theresa May’s really very moderate centrist government as some kind of evil Nazi-like regime to be “resisted” is counterproductive and highly offputting to those who vote Conservative in good conscience.

Jon Ashworth’s conversion to the cause is therefore most welcome. 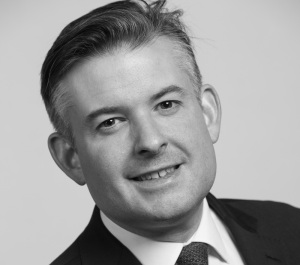