Much less hype around the start of this year’s UKIP party conference in Doncaster.

It’s only to be expected – this time last year, UKIP went into their party conference buoyed by a historic victory in the European elections, as well as the recent defection of respected MP Douglas Carswell from the Tories. In 2014, UKIP had all to play for going into next year’s general election. In 2015 – after many of those high hopes were dashed by the cruelties of the first-past-the-post electoral system – there is a danger that UKIP may one day look back on that conference as the high water mark of their achievement as a political party.

In a sign of how much the political landscape has changed since then, in 2014 Nigel Farage brought the UKIP party conference to Doncaster in order to “park their tanks on the lawn” of then Labour leader, Ed Miliband. Twelve months later and Ed Miliband represents his Doncaster constituency from the backbenches, having spectacularly lost the general election and resigned from the leadership, opening the door for the Jeremy Corbyn earthquake. But as Nigel Farage admitted on an interview with BBC Yorkshire News just now, sometimes things happen in politics that nobody can predict or control – and under the circumstances, Farage insisted that he remains proud of UKIP’s four million votes.

Nonetheless, the sense of hype and occasion around this year’s conference feels considerably less than last year. Aside from this blog’s preview of UKIP Conference 2015, there has been little advance coverage, with most media focusing on the imminent carnival that will be Labour’s first party conference under the leadership of Jeremy Corbyn.

END_OF_DOCUMENT_TOKEN_TO_BE_REPLACED 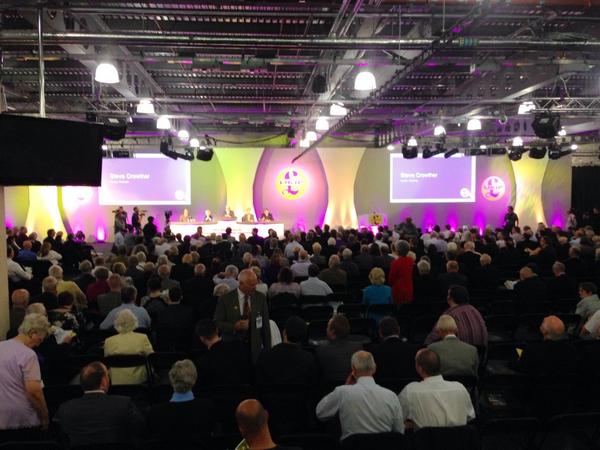 Last year’s party conference saw UKIP fresh from victory in the 2014 European elections, and boosted by the shock defection of former Conservative MP Mark Reckless. Twelve months and one agonisingly unfair general election result later, what surprises can UKIP offer this time around?

Twelve months ago, the current British political landscape would have been completely unrecognisable, the stuff of fantasy.

The Labour Party had not yet imploded in a shower of more-compassionate-than-thou moralising. The SNP’s Westminster surge was beyond even the Scottish nationalists’ wildest expectations following the “No” vote in the Scottish independence referendum. In fact, there was only one political party which could claim to have any real momentum and be making tangible progress of any kind.

That party was UKIP. Twelve months ago, when Nigel Farage teased the UKIP 2014 conference delegates by telling them that a Tory MP would be speaking to them in his place – that MP being Mark Reckless, who then defected to UKIP live on stage to enormous cheers – there was a very real possibility that the second defection of a serving Member of Parliament from the Conservatives to UKIP might unleash the floodgates. At that time, it was entirely possible that UKIP could have ended the summer with a small handful of motivated, eurosceptic ex-Tory MPs, and a real Westminster presence.