Brexiteers will never see it coming

As anguished “British Europeans” come to terms with the triggering of Article 50 (and, no doubt, their delicate selves) this week, Oxford University professor of European Studies Timothy Garton Ash has come up with a cunning plan to snatch victory from the jaws of defeat and stop Brexit in its tracks.

Our intrepid plotter plans to cosy up to Brexiteers – no more metropolitan lefty winger-wagging from he! – in order to gain their confidence, and then craftily turn them against Brexit through gentle persuasion rather than the haughty contempt which has been the prevalent attitude of most Remainers thus far. Yes, the new plan is for Remainers to be like secret agents working deep behind enemy lines in Theresa May’s dystopian Brexitland, dodging the lynchings and summary executions (which will naturally be a daily occurence) in order to sow doubt among the population and keep alive the flame of “liberal” fidelity to the EU.

Unfortunately, by writing it all down in a column for the Guardian, Garton Ash rather gives the game away, warning everyone in advance of his plan:

This week opened Act III of a five-act drama called Brexit. The play will take at least five years, more likely 10, and only Act V will reveal whether it is a tragedy, a farce, or some very British theatre of muddling-through. The many millions of us in Britain who identify ourselves as Europeans must not give up now, as if the show were over. It’s not, and we’re not just the audience. We are actors in this play and our main task is to persuade our fellow actors.

Yeah yeah, we get it, you’re so European, I feel like I’m in Venice just reading your words.

In order to get there, we British Europeans have to work out ways of reaching some of those Brexit voters, recognising that they are in no mood to be lectured by metropolitan liberals. We need to penetrate the echo chambers of populism with plain facts and good British common sense.

Instead of going on about “stopping Brexit”, which allows us to be quite effectively pilloried as whingeing remoaners, we should state the new goal positively.

Of course I still want Britain to remain a member of the EU, just as a Brexiteer would still have wanted Britain to leave it if the referendum had gone the other way – and we should never say never. But as I wrote just after the referendum, our strategic goal should be “to keep as much as possible of our disunited kingdom as fully engaged as possible in the affairs of our continent”.

Theresa May talks of a “deep and special partnership” with the EU: let’s make that very deep and very special. And who knows what opportunities the next years might bring? We are only at the opening of Act III, and there is still much to play for.

So no more actively talking about seeking to thwart Brexit, and lots more silent manoeuvrings to thwart Brexit behind people’s backs instead? Pretending to sincerely engage with Brexiteers and speak to their concerns and aspirations after having spent years furiously denouncing them as low-information, xenophobic reactionaries who were tricked by an Evil Bus into voting against their own evident self-interest? What could possibly go wrong?

HEY! SEE THIS HOUSE? THIS ONE OVER HERE, THE ONE THAT’S CLEARLY OCCUPIED, WITH A CAR PARKED IN THE DRIVEWAY? THE ONE WITH THE OWNER STICKING HIS HEAD OUT THE WINDOW TO SEE WHO’S SHOUTING IN THE STREET? I’M GOING TO ROB HIS HOUSE IN A MINUTE! I’M GOING TO RING THE DOORBELL AND PRETEND TO BE A SALESMAN, AND WHEN I’M INSIDE I’M GOING TO ASK FOR A CUP OF TEA AND THEN STEAL ALL OF THE VALUABLES WHEN HE ISN’T LOOKING. THAT’S MY SUPER-STEALTHY CUNNING PLAN. DID YOU HEAR ME? OKAY, HERE I GO! 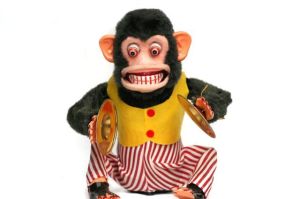 2 thoughts on “Remainers Have A Cunning Plan To Thwart Brexit”